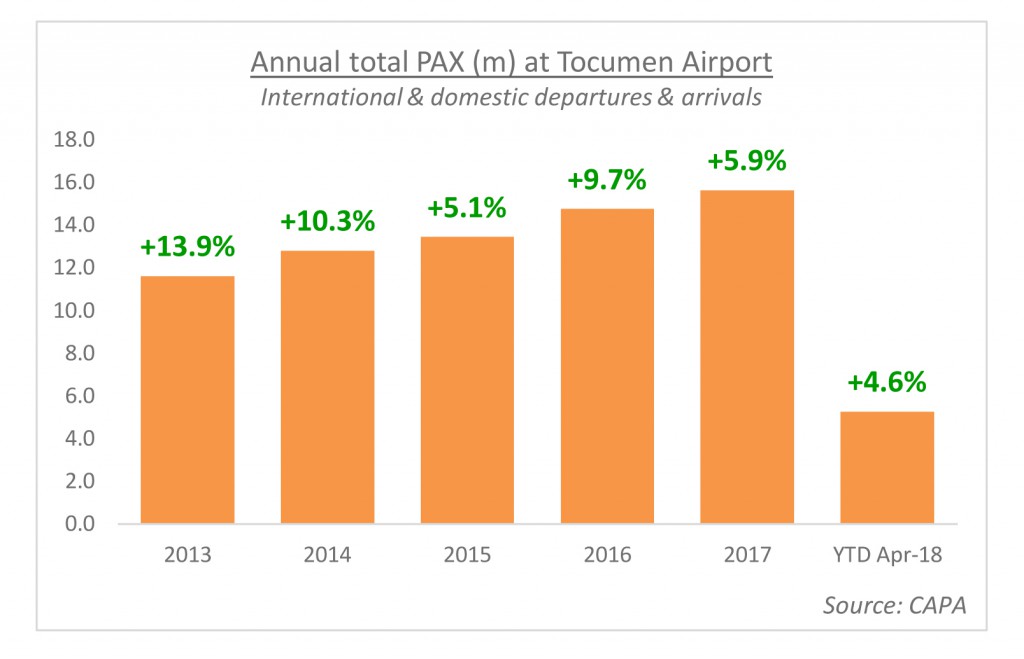 Some of the newest duty free stores in the Americas were opened over the past few months at Panama’s Tocumen International Airport. The new stores began opening in April, after Duty Free America had been awarded two of the three blocks of the commercial area in Terminal 1 and Attenza Duty Free, operated by Motta Internacional, won the third black. (TMI will cover the new stores in-depth in our October magazine.)

After several delays, Tocumen is reportedly about to issue a tender for three blocks of duty free spaces in the airport’s new Terminal 2 in August.  Terminal 2, which will have the capacity to service aircraft in 20 boarding gates, is expected to begin operations in the last quarter of 2018.

In preparation of the upcoming tenders, travel retail research agency Counter Intelligence Retail put together some traffic volume figures for TMI from Tocumen.

The airport achieved double-digit PAX growth in each year between 2011 and 2014, but this fell to a little more than 5% growth in 2015, when volume was hit by the Brazilian recession. Traffic rose again in 2016 by nearly 10%, but the growth rate fell again to just under 6% last year.

Although it experienced declines in capacity from many key markets in 2017, Panama achieved +2% capacity growth in 2017, thanks to continued interest from the US, as both a destination and key transfer hub for access to other parts of Central and South America.

Volume was also buoyed by the recovery in the outbound Brazilian market, as the airport also acts as a key hub for Brazil, particularly for travel to the States. 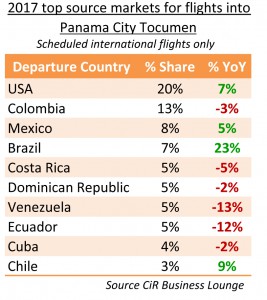 CiR reports that passenger traffic is looking positive for 2018, with +4.6% PAX growth in the first four months of the year, and +5.0% growth in capacity in the next six months (May-October). Robust growth from Argentina, USA and Colombia – which already feature in the top 10 source markets – is driving volume and percentage growth. Tocumen is also benefiting from double-digit growth in some smaller markets.