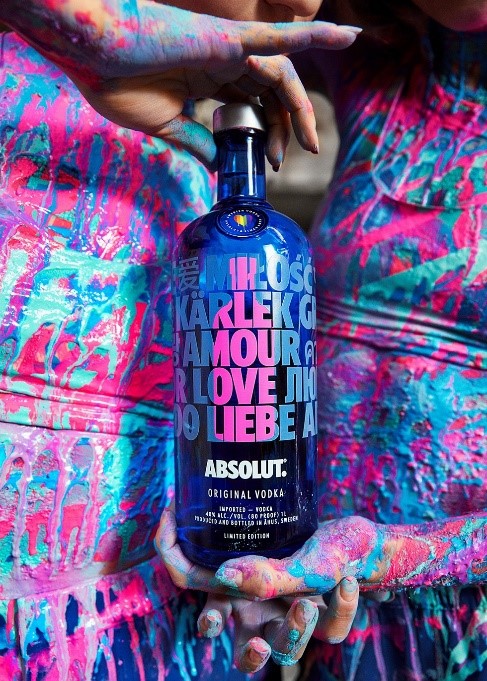 Absolut Vodka has launched Absolut Drop, a new limited edition bottle that turns actions of hate into symbols of love.

Absolut traveled to racist and anti-LGBTQ protests across the globe and collected hate and intolerance-filled signs and placards. This ink was then extracted and repurposed to spread a better message of positivity.

To raise awareness of this powerful message, Pernod Ricard Global Travel Retail partnered with influencers around the world to initiate a global conversation on what love means—from Miami to Berlin, Singapore to New Zealand.

The campaign reached almost 400,000 people worldwide, with an overwhelming response. More than 11,000 consumers, of different ages, genders, races, religions and cultural backgrounds, engaged with the campaign.

Pernod Ricard Global Travel Retail says the launch of Absolut Drop and its unifying message of love and peace is just one example of how the company is using its global platform to unite travelers and break social barriers.

“…from the messages shared it is clear that love is a true driving force for good in the world today,” says the company.