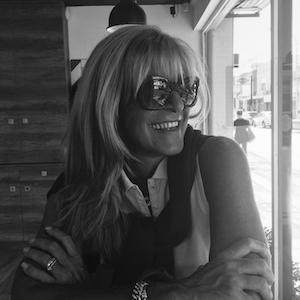 Monica Ariaudo and her team of architects at Estudio Ariaudo in Buenos Aires have played a part in the design of nearly every travel retail development in Argentina and Uruguay in recent years. One of the leading retail architects and shop designers in Latin America. Ariaudo takes an active role in the duty free stores she designs, supervising and ensuring that the project is completed exactly right and on time.

The elegant architect has been designing duty free stores for more than 25 years. Operating through a challenging period defined by multiple changes of ownership in airports and operators, she is still immersed in new projects. In spite of the economic crisis in most of the region, Ariaudo has kept busy directing the massive renovation of Dufry’s Flagship store 22 in Argentina’s premier international gateway, Ezeiza International Airport.

TMI’s John Gallagher met with Ariaudo just before she jetted out to another assignment, this time a downtown luxury retail project in Punta Cana in the Dominican Republic.

Ariaudo confesses that she has a special regard for her hometown airport.

“I love traveling through Ezeiza. I just finished a huge project there but it’s also where I started. Back in 1992, we won the tender to design Shop No 7 for InterBaires. That store no longer exists but when I pass by the location, it always brings back very happy memories. We never knew then that it was going to be such a long journey with great experiences with so many different people in so many different countries,” she comments.

Ezeiza is also the location of the architect’s latest production, renovating Dufry’s huge 3,000 sqm store in the departures area at the airport.

“Our studio was asked to direct and manage the project on behalf of Aleatoria, the leading Spanish architects and designers. The store remained open during the six months of the renovation and we completed the project in the agreed timetable in six different stages. This sort of project is always a little more complicated than normal, but we know the airport well and we know the people in the store, so we were able to get things done on schedule,” she explains.

Ariaudo hesitates to name her favorite travel retail project over the last 25 years, but admits that she feels a very special affection for the InterBaires shops in Ezeiza.

“It’s really difficult to say just one project – there have been so many and each one reminds me of some special moments. We have been involved with so many projects here at Ezeiza at different times and different people and we just love the feeling of walking and strolling around the store. As we travel so often through this airport, we are also privileged to see the joys of our work in action as shoppers go through the different sections of the store,” she continues.

The award-winning ground-breaking Punta del Este Airport built more than 20 years ago is another favorite.

“Outside of Argentina, I really love the departures duty free store at Punta del Este Airport in Uruguay. Many people forget that this was the very first walk-through store in the world. London Supply won the concession to build and manage the airport in 1992 and when they started the construction project, they asked us to submit proposals for a walk-through duty free store. Everyone on our team thought that the whole concept was a little strange and it took us a while to fully comprehend what they were looking for; but we sat down with them and it became clear to us that the London Supply team were, as they have proved so often, ahead of their time. We talked through the pros and the cons with them and we started to design and create new ideas – the rest is now history. We built and completed the store, and everyone was thrilled with the way operations went. I think it won the Frontier Award in 1998 (Ed. Note: it did) as the best duty free shop in the world. It’s amazing to think how the whole concept of walk-through stores has developed from that day.”

The architect has also helped develop some of the most iconic duty free stores on the border in South America.

“Although most of my duty free work has been in airport arrival and departure stores, I have also been very much involved in border stores especially on the Uruguay – Brazil border. The border stores are clearly different from airport duty free shops and most tend to be bigger with a wider selection of brands and additional categories. I designed stores for Neutral in six different border cities, but I am really proud of the Melancia store we created for them in Rivera. We put a lot of work and creativity in creating a new style of walk-through store specially for the border location. The great pity is that the store opened just when the Brazilian economic crisis took effect. I still believe we will see and hear more about this store when the Brazilian economy recovers.”

Ariaudo looks back on her rewarding career with memories of far more than the brick-and mortar stores she helped create. 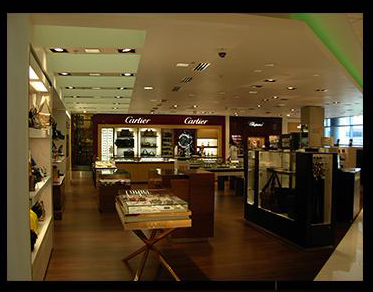 One of the luxury stores Ariaudo designed for Duty Free Americas in Miami International Airport.

“One of the great joys of having worked for so many years in travel retail is that I have been able to travel to so many countries and see retail developments of different sizes and styles. I just love going through airports and watching people strolling around the stores. I honestly don’t have a favorite one, I just enjoy and try to learn something new in each place.

“Tomorrow I will be downtown in Punta Cana seeing some new locations. Next month in Florida, I will be able to see again some of the stores I designed for Duty Free Americas in Miami and also some great downtown locations throughout the state. Later in the year I will do the same in Europe – we never stop learning and it’s great to put these ideas into action.”