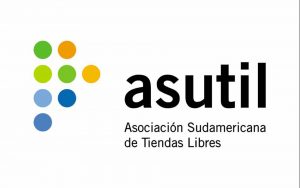 South American Duty Free Association ASUTIL (Asociación Sudamericana de Tiendas Libres) has been working diligently on a number of issues critical to the industry in South America, in addition to its efforts to help com-bat the results of the travel halt from COVID-19.

ASUTIL Secretary General José Luis Donagaray informed media that the Association has been in ongoing talks with the Brazilian government to resolve an issue having to do with the tracking of duty free sales in the Brazilian border shops.

Stores must pay a fee to Serpro– a company that provides the technology to track sales on the border– to make sure that Brazilian shoppers do not spend more than their $300 a month duty free allowance.

“Serpro tracks every transaction and the retailer has to pay for every consultation. It is a flat fee, so  when you have a low ticket sale, the cost is very expensive. It could be as high as 7% of the total ticket,” said Donagaray.

ASUTIL is also in discussions with the Brazilian government and Customs in an effort to harmonize allowances. Brazilians have a $300 monthly duty free limit in their border stores, but are allowed to buy up to $500 a month in duty free goods on the other side of the border (Argentina, Paraguay and Uruguay). ASUTIL is working with Brazil to increase its duty free border allowance to the same $500 that is in effect in the neighboring countries.

Allowances have been in flux for some time. Up until last year the other countries had a $150 quota and Brazil had a $300 allowance. One year ago, ASUTIL was able to get allowances harmonized, with all the countries in the region agreeing to a minimum duty free allowance of $300.

“So there is not balance, and this is hurting the business,” he notes.

“There are new stores opening as the recovery is coming forward, but we need to help this business develop quickly. It has been very affected by the pandemic so we are trying to help with these other things. We need to make sure this new kind of business experience has healthy growth,” he said.

On a positive note, Donagaray says that the Brazilian government is pro-business and open to finding solutions.

ASUTIL has also been working with the Uruguayan government and Customs to establish online pre-order from the airport duty free stores, allowing passengers to pick up their order at the airport.

The uncertainty about when this pandemic might end is seriously complicating negotiations, says Donagaray.

The Association is working to harmonize health and safety entry requirements for all the countries in Latin America. Protocols vary

significantly from country to country, ranging from quarantines to testing.

“We have been sending letters with ACI LAC to the governments and ICAO in each country, recom-mending they adopt the global safety protocols. We are very worried about what the govern-ments will do because we start the summer in two months and the summer tourism is very important to the duty free, especially the small countries,” he said.

Donagary reports that airlines are slowly recovering—more so in the domestic market. He expects all airports to be open in October. While flight frequencies slowly improve, the number of passengers remains very low.

“We are beginning to see some positive signs for the movement of tourists but it is going to be slow and depend on what happens in other markets like Europe,” he said.

The border situation continues to fluctuate, but overall seems to be moving forward.

“Border shops in Brazil are open. Some shops are also open on the Uruguayan border, although with restricted hours. But slowly they are opening,” he said.

“People are buying on the border because they do not know when they can return. Tickets are higher although the final revenue is down significantly.”