South American Duty Free Association ASUTIL turned to one of Uruguay’s leading newspapers, El País, to add weight to its plea to local governments for assistance during the COVID-19 crisis, with requests to use e-commerce to sell to a domestic consumer and to Brazilians.

ASUTIL Secretary General Jose Luis Donagaray, speaking with media during a virtual news update last week, said that the regional industry was focusing on two new proposals to help retailers and suppliers weather the stoppage in business during the COVID-19 pandemic, which has restricted international travel and eliminated cross-border business. 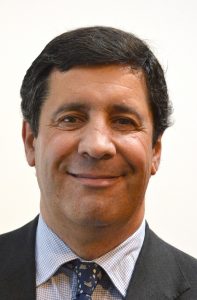 Currently, only three airports –in Mexico, Chile and Brazil – are open for international flights, but passenger traffic is not more than 5% of the normal volume, Donagaray reported.

In Uruguay, ASUTIL joined with the Uruguayan Chamber of Free Shops in a joint statement published in the El Pais business pages, that says it is “essential” that the government offer some support for the free shops, since it is impossible for them to generate income otherwise.

Such support will aid financial recovery and the eventual return to normal operations, as well as preserve jobs, they said.

Specifically, ASUTIL is requesting permission to sell $600 worth of goods to citizens online, even if they are not traveling now. This is similar to an agreement that Uruguay has with the United States whereby its citizens can buy $600 worth of goods without paying taxes.

“We are asking that the authorities give this right to all citizens,” explained Donagaray.

The Association is also requesting permission from Customs and the Postal Service for Uruguay-based free shops to sell to Brazilians using e-commerce. “This is a solution during times that our borders are closed,” he said. While such sales would entail a delivery cost, they would at least produce some level of income for the retailers, he noted.

Neither of these proposals have been approved as yet, but the press coverage gives the industry important visibility, said Donagaray.

ASUTIL is also in discussion with different airport and government authorities regarding rent relief and rent deferrals with landlords, tax payments and unemployment insurance. The privatization of the airports in Brazil have made discussions with the airport landlords there more complicated.

The Association and stakeholders have a meeting scheduled this week in Uruguay with the Minister of the Economy to discuss all these possible solutions and how the industry will go forward once the pandemic eases.

In related news, ASUTIL is still planning to go ahead with the border conference in Foz do Iguaçu in November. Donagaray says that hotels will be re-opening there in July and that the region has had very few cases of the coronavirus (although Brazil is currently the #2 country in the world in terms of cases).

“We will ask our members and suppliers how they feel and if they will travel ahead of us making a final decision in July,” said Donagaray.