Speakers at the latest monthly webinar hosted by South American Duty Free Association ASUTIL continued to paint a dire picture of the travel industry in Latin America and the impact of COVID-19, with forecasts of air traffic for the full year predicted to be down more than 50%. 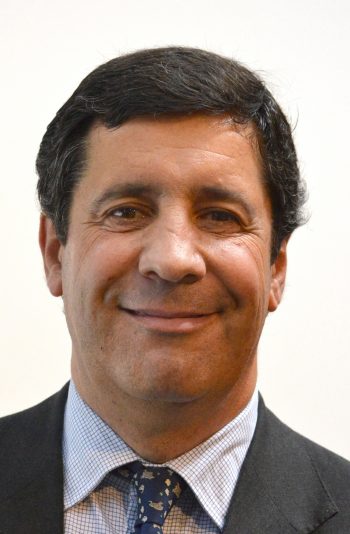 But ASUTIL Secretary General José Luis Donagaray stressed the “slow but steady” progress being made throughout the region and how aviation was meeting the changing regulations and protocols.  He concluded the presentation with the optimistic comment that “We are walking.”

He was referring to the words of Dr. Roberto Canessa, who as a young man was one of 16 survivors of a plane crash in the Andes Mountains. Along with one of the other survivors, Canessa walked 11 days across the Andes and then guided rescuers back to retrieve the other 14 still trapped on the mountain. Dr. Canessa was a surprise speaker at the ASUTIL webinar in April, when he said the key to surviving the current ordeal is to “keep walking.”

With this theme in mind, Donagaray stressed that “We are doing everything we can and we are all partners.” 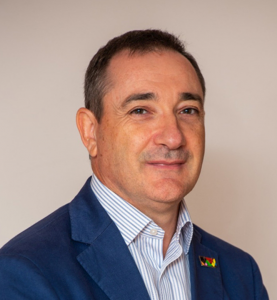 Airports Council International – Latin America Caribbean (ACI-LAC) Director General Rafael Echevarne led off the Aug. 19 session noting that Latin America currently has the lowest percentage of  borders open in the world, and with passenger traffic down 51% in the first quarter, COVID-19 is taking a huge toll on the region.

The International Monetary Fund and the World Bank are predicting the largest fall in GDP in the world within Latin America, he cited.

Echevarne was particularly disappointed in the quarantine measures that have been imposed across the region, with airports in each country facing different situations.

“Latin American airports have adopted and implemented all of the protocols recommended by the International Civil Aviation Organization and European Centre for Disease Prevention and Control. We far exceed the recommendations. We are ready to go.”

Echevarne was most critical of the closed borders and calls for quarantines, which he says will prevent people from flying. He does recommend temperature checks and where necessary, PCR tests to combat the spread of the virus, some of the recommendations in the ACI’s Airport Health Accreditation program designed to provide airports with an assessment of how aligned their health measures are with the ICAO Council Aviation Recovery Task Force (CART) Recommendations along with industry best practices.

“Every day that our borders are closed makes the economic situation tougher to overcome,” he noted.

Commenting on Echevarne’s assessment, ASUTIL’s Donagaray underlined the need for harmonization among all the airports in the region, working with the ICAO guidelines.

Echevarne stressed that the airport and airline industries are working with ICAO to assure that aviation is not a vector of the spread of COVID-19.

Diego Arrosa, CEO of Corporacion America Uruguay, which oversees Uruguay’s Carrasco International Airport, discussed the reopening of the airport in Uruguay. Carrasco, which re-opened to some commercial flights in early July, is focusing on a program called Smart Health Travel to assure that all COVID-19 prevention protocols are being followed. This is critical to winning the confidence of public opinion as well as politicians, who will decide on when to re-open the country, he said.

“We’re working hard to show that we are very well placed to tackle this – all the protocols and controls are working well and we’re also working very closely with the airlines to show that there isn’t an issue with air travel.” 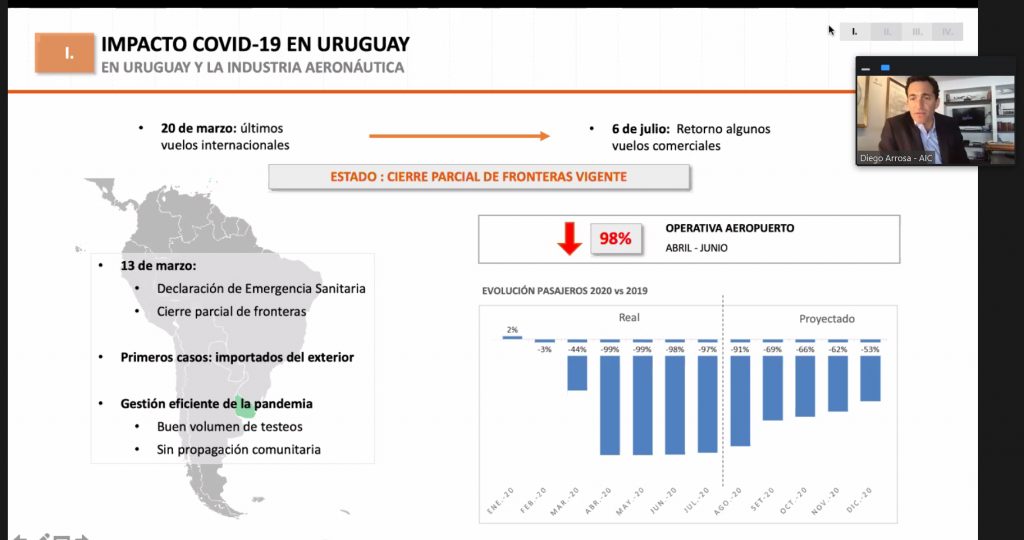 Arrosa says technology will play a key part in Carrasco’s recovery. Before COVID, the airport was working on a project called Easy Airport, where 50% of its airlines had biometrics on 100% of the passengers. This program has accelerated, so that now 90% of the airlines will participate.

He also discussed the airline bankruptcies and restructurings in the region, and the new alliances formed in  Latin America; as well as the increasing numbers of Low Cost Carriers, which he says will bring in greater numbers of younger passengers.

Carrasco Airport, which had been re-open seven weeks at the time of Arrosa’s presentation, was able to report very positive results to the government regarding COVID tests. 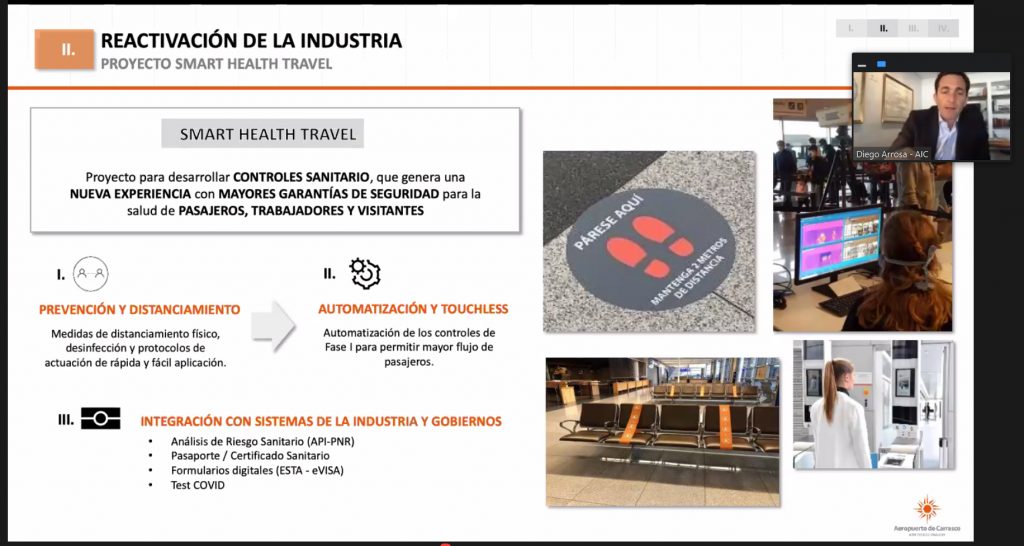 This information was one of the main drivers that convinced the government to enter the next phase of recovery and open Uruguay’s borders to European passengers, said Arrosa. Up until then, only Uruguayans and residents had been permitted to enter the country on repatriation flights.

Commenting on duty free sales since re-opening, Arrosa said core categories such as liquor and confectionery are performing well, but categories such as cosmetics and fashion, which require more passenger interaction, are suffering.

Looking to the future, Arrosa agrees with ACI-LAC’s forecast that the industry will not see a recovery to 2019 traffic levels until 2024 at the earliest.

Load factors are suffering, he said, passenger confidence is low, and he does not expect a quick return of business travelers. Non-aeronautical revenue will also be an issue for the airport, he says, but he sees a rapid acceleration of the growth of e-commerce. Carrasco is recording e-commerce numbers today that were forecast for 2022-2023.

“We have to accelerate our work with our partners, including our concessions…we have to work on the marketplace and technologies to enable contactless payments. Digitalization is going to be key, with services such as click and collect.”

Arrosa notes that his company is working very closely with air-lines and travel agencies because he sees the need to interact with passengers much earlier in their journey than in the past. “We must begin as much as three to six months before the trip when they purchase their tickets. In this way we can create custom experiences for our passengers,” he said.