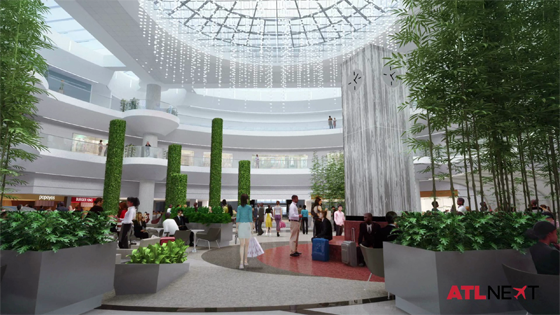 The first renderings of substantial improvements planned for the Domestic Terminal’s atrium under the ATLNext 20-year capital plan. 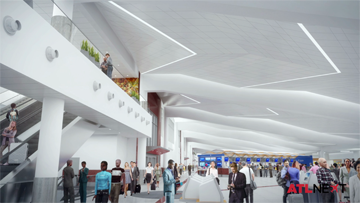 The speakers said that the capital plan will ensure Hartsfield-Jackson maintains its position as one of the most important airports in the world.  Among these improvements, the airport plans to construct a new sixth runway, new cargo structures, a new 400-room hotel with travel plaza as well as a new concourse.

Southwell pushed for new air service to China, India and other fast-growing economies. He also urged the restoration of service to Israel.

“We have had tremendous growth over the last year, and with our new capital plan, the next 20 years are only going to be more impressive,” Southwell said.

“Not only will these projects be transformational for the airport, but they will enable the needed expansion to accommodate the growing demand we have at Hartsfield-Jackson,” he added.

Investment in ATL is expected to top $6 billion, with nearly $1 billion to be spent in 2017 alone.

CNN anchor/aviation correspondent Richard Quest served as the emcee for the event, during which Ambassador Andrew Young received the Global Leader Award for his decades of civic and philanthropic work, and for helping to expand international routes from Atlanta to developing markets around the globe.