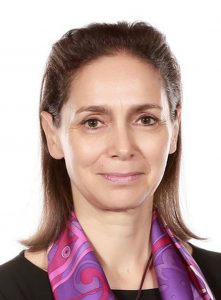 Aude Bourdier will conduct her marketing director duties for global travel retail and developed APAC based in London and will report both to Farrer and Sophia Angelis, Brown-Forman’s head of marketing for international regions, effective November 5, 2018.

Aude Bourdier was most recently with Bacardi-Martini where she served as regional director Europe for Travel Retail. She previously held a similar role for Asia Pacific between 2007 – 2011 and has also served as global marketing and sales director for Bacardi French Brands and Chateau de Cognac.

“Aude Bourdier is not just an established presence in the global travel retail channel but is a highly respected professional with a wealth of experience in important markets across Asia and the Pacific. She will be a terrific addition to the Brown-Forman team,” Farrer said. Bourdier has also been elected to the Tax Free World Association (TFWA) Management Committee several times and served on the organization’s board as Vice President, Commercial. She will be relocating to London from Geneva.