Bacardi’s brands have shown some strong growth this year, and the company is launching a new addition to its rum portfolio into GTR in Cannes, the super-premium Ron Santa Teresa1796. The addition follows a distribution agreement signed in January 2017. 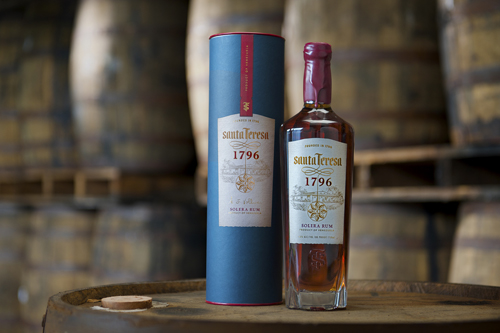 Santa Teresa is the oldest single estate rum producer in Venezuela and the Santa Teresa 1796 blend is aged up to 35 years. It is revered and awarded for its craftsmanship, says Mike Birch, Managing Director, Bacardi Global Travel Retail.

“This is a really exciting opportunity for global travel retail as we see strong potential for super-premium rum in this channel to recruit new shoppers from the whisky category, especially when it can compete on age and craft as with the uniqueness of Santa Teresa,” he says.

In Bacardi’s core portfolio, Grey Goose is performing well, especially in the U.S., UAE, Germany and the UK, says Birch.

“We are also making significant strides in introducing Chinese and Indian travelers to the portfolio, many of whom are exploring the vodka category for the first time and are keen to explore the versatility of Grey Goose. As Grey Goose builds its brand position in these key Asia Pacific domestic markets as a luxury leader in the trend for cocktails, so the correlation in travel retail intensifies,” says Birch.

Bacardi GTR also launched the limited edition Grey Goose Riviera bottle as part of the ‘Extraordinary Summer’ campaign, which positions Grey Goose as a key ingredient in making summer cocktails. Initially launched at Paris CDG with Lagardère, it also ran at Schiphol with Heinemann/SAR and at LAX with DFS.

In whisky, Bacardi has expanded its portfolio over the past few years with the John Dewar & Sons Fine Whisky Emporium.

“We see Travel Retail as a specialist whisky environment and we have plans for several really special and rare single malt launches later this year,” says Birch.

“Our strategy is to deliver the Emporium as a disruptive pop-up experience in key locations including Heathrow, Changi, Madrid, Beirut to date in 2017 and with Delhi, Mumbai, Schiphol, Rio and Sao Paolo to come later in the year.”

In Cannes, Bacardi is launching Dewar’s 25 Years Old as a GTR exclusive.

It will be followed by a gradual roll-out into key domestic markets. The new addition will succeed Dewar’s Signature (no-age statement). Master Blender Stephanie MacLeod specially selected casks which were blended together and then filled into oak casks in a process known as double-ageing. The whisky was then finished in Royal Brackla casks. According to IWSR, Dewar’s is the fastest growing premium blended Scotch in the world.

“There’s no doubt that the rum category still has tremendous opportunity for growth in travel retail and we are committed to lead this potential through the depth and breadth of our range and to cater across all shopper need states; our premium sipping rums Bacardi Ocho and Bacardi Reserva Limitada can lead premiumization – and we are already seeing double digit growth, driven by shoppers trading up and by recruiting new rum shoppers from whisky,” says Birch.

Bacardi is also increasing its relevance to shoppers at the point of sale, demonstrating the versatility of the full range of Bacardi rums through a Cocktail Masterclass Bar program. The Masterclass is currently running with Dufry at San Juan International Airport in Puerto Rico, where Bacardi is mainly produced, and at Copenhagen Airport with Heinemann and with World Duty Free stores at Malaga and Barcelona airports, says Birch.

“South America and Canada are showing yoy growth. Foreign exchange is playing a key role in shoppers deciding to come back to the channel. The increase in Asian passenger numbers in Canada is also driving growth on premium brands. USA airport performance is mixed. Gin is growing well, Vodka is stable and there are many positive trends on premium rum and aged scotch, both with Dewar’s and our range of single malts.

Mexico, however, is facing challenges due to a combination of foreign exchange rates and economic uncertainty,” says Biggs.