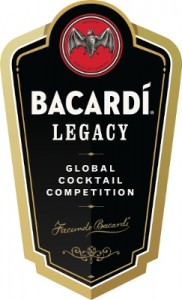 Bacardi’s annual Bartender of the Year Cruise Competition – which has attracted thousands of entrants over its 12-year history –takes a giant step forward as it becomes part of a broader global bartender event.

As a result, Bacardi GTR has announced its three finalists for the 2016 Bacardi Legacy Cruise Competition Bartender of the Year. The three finalists and their cocktails are: Miroslav Kljajic, Carnival Cruise Lines with the Blueberry Elixir Fizz; Bailon Pasamba, Holland America Line with the Tropical Fruits & Herb Tini; and Andres Poljakov, Tallink Group with the Golden Emerald.

The three finalists all receive a US$1000 cash prize and will travel to Miami for the Bacardi Legacy Competition Cruise Finals on February 22-26, 2016.

The winner of that event will receive a $4000 cash prize and will compete in the final of the prestigious Bacardi Legacy Global Cocktail Competition, taking place in San Francisco on April 20-25, 2016. Here he will compete against professional bartenders from across the globe for the ultimate title.

The three finalist bartenders will now be trained by the Bacardi Brand Ambassador, Ryan MacBean, to refine their recipes. Each of the finalists has also been awarded a $3000 bud-get to create his own three-month-long promotional campaign. 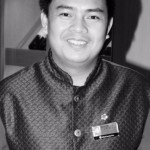 Zachary Sulkes, Regional Manager Bacardi Travel Retail Americas, explains that this self- planned promotional activity is integral to the “expressiveness

of the competition and gives our three finalists the opportunity to design their own promotional campaign to recruit a following for their recipe as a true Legacy contender and ultimately have their creation crowned as the next Bacardi Legacy cocktail.

“Making our final shortlist is a great achievement but we now want to push our finalists to take their entry to a stunning new level. Their promotional program

could include activities such as on-board cocktail menus and presentations on how to make the perfect serve, point-of-sale creative and trade show presentations, as well as local media, blogs and social media messaging. We want to see them think outside the box and develop original communications around their recipes, expressing the quality of originality and character seen in the Bacardi brand,” says Sulkes.

The cruise competition is part of the Bacardi strategy for continuous improvement, partnering with cruise and ferry partners to raise standards of professional-ism in the on-board bar experience by injecting new levels of sophistication in the craft of cocktail making.

All entries were required to incorporate Bacardi Superior Rum or Bacardi Gold rum.