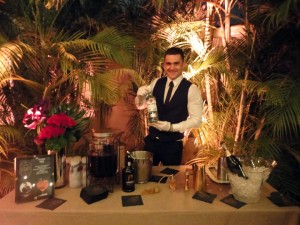 Miroslav Kljajic from Carnival Cruise Lines won the 2016 Bacardi Legacy Cruise Competition Bartender of the Year at the finals of the event held in a lovely outdoor garden in Miami this week.

With his winning cocktail Blueberry Elixir Fizz, Kljajic receives a US $4000 cash prize and is automatically forwarded to compete in the final of the prestigious Bacardi Legacy Global Cocktail Competition in San Francisco (April 20-25, 2016) where he will compete against professional bartenders from across the globe for the ultimate title.

The cruise competition is part of the Bacardi strategy for continuous improvement, partnering with cruise and ferry partners to raise standards of professionalism in the on-board bar experience by injecting new levels of sophistication in the craft of cocktail making. 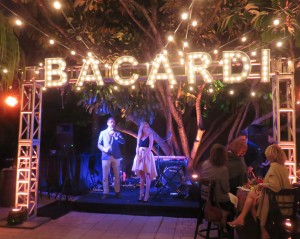 Along with Kljajic, the two finalists and their cocktails were: Bailon Pasamba, Holland America Line with the Tropical Fruits & Herb Tini; and Andres Poljakov, Tallink Group with the Golden Emerald.

All entries were required to incorporate Bacardi Superior Rum or Bacardi Gold rum.

The bartenders were supported and trained by the Bacardi Brand Ambassador Ryan MacBean in refining their recipes. Each was also awarded a $3000 budget to create their own three-month-long promotional campaign.