The legacy of Bourbon runs deep in Kentucky, and TMI’s Lara Pasternak hit the trail under the tutelage of Beam Suntory brand ambassador Gordon Dundas together with a group of duty free journalists to discover the workings of Maker’s Mark and Jim Beam.

Alongside apple pie, perhaps there is no more quintessentially American product than that of bourbon whiskey. With a heritage born over 200 years ago from the limestone hills of Kentucky, bourbon has grown into an international spirit savored and served the world over. Today, 95% of the world’s bourbon is still produced in Kentucky.

The story of bourbon is important in travel retail as distilled spirits delivered steady growth last year. According to a Distilled Spirits Council of the United States (DISCUS) report from February, Bourbon and Tennessee Whiskey volumes rose 7.4% to over 19 million cases, generating $2.7 billion in industry revenue in the U.S. With continued worldwide fascination with American whiskies, innovations in flavor, and premiumization across all spirit categories, the bourbon industry is looking forward to another successful year of growth in duty free. IWSR data shows that from 2003-2010, bourbon sales were up 3-5% annually, with recent growth up by 7-8%. A new report by Vinexpo and IWSR forecasts bourbon sales will jump by 19.3% to 45m cases in 2018.

The smell of sweet yeast and old wood greets visitors who come to tour the Maker’s Mark distillery in picturesque Loretto, Kentucky. After walking through the steps of the Maker’s Mark craft process, visitors can experience Maker’s Mark, Maker’s Mark Cask Strength, and Maker’s 46 in the tasting room before purchasing a bottle of their own to hand-dip in Maker’s Mark’s signature red wax.
After the unprecedented growth and success of bourbon in America in the early 2000s, Maker’s Mark underwent a 50% expansion for infra-structure improvements in 2012 and 2013. These renovations resulted in a 45% increase in production.

The company is currently adding a third still, third mash cooler, and additional cookers and warehouse space with goals of producing 2.3 million cases by 2019. 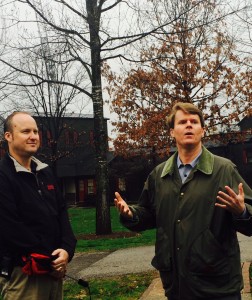 Rob is descended from generations of the Samuels family who have distilled whisky, and not always successfully. He comments on the legacy of his grandfather and the next steps for Maker’s Mark:
“Our family made really, really bad whisky for about 300 years, and thankfully, he [Bill Samuels, Sr.] had the courage to come down here and chase his dream, which we’re working very hard to make a little bit more so we can expand in duty free and other channels around the world. We had no growth for the first 30 years, but for the last 30 years, we’ve sold every drop we’ve made.”

Alongside Samuels, Master Distiller Greg Davis and the rest of the Maker’s Mark family work to ensure the company’s legacy continues to be an American success story.

Jim Beam
You cannot discuss success in the bourbon industry without speaking of Jim Beam. Since 1795, seven generations of the Beam family have produced bourbon without pause (Prohibition aside). Today, Jim Beam is the #1 selling premium bourbon in the world. 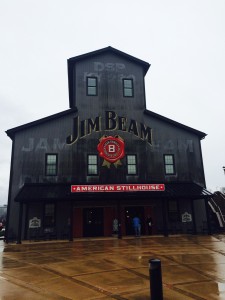 Headquartered in Clermont, Kentucky, Jim Beam has continued to expand their portfolio, adding small batch and infused whiskeys to their traditional line. In the 1980s, then Master Distiller and grandson of Jim Beam, Booker Noe, experimented with stills and ages to produce the small batch bourbon collection, proving bourbon wasn’t just for old men. This ultra-premium collection, which includes Knob Creek, Booker’s, Basil Hayden’s, and Baker’s, has received numerous accolades in the 2000s.

Today, Booker’s son Fred Noe continues the Jim Beam heritage as Master Distiller. Possessing a larger-than-life personality, Fred Noe regales visitors with colorful stories of his family’s legacy that sound best over a glass of bourbon. Noe is also responsible for the Jim Beam Signature Craft Series, which includes Jim Beam Signature Craft 12 Year. As Noe states, “Even though we are the largest bourbon, we can do small batch.”

Every year, thousands of visitors pour into Jim Beam’s American Stillhouse, which opened in 2012, to tour the distillery, experience tastings, and purchase Beam merchandise. Additionally, Jim Beam’s Urban Stillhouse is under construction in downtown Louisville, and slated to open in Fall 2015.
As Booker Noe said, “I know bourbon gets better with age because the older I get, the more I like it.”

The bourbon industry’s journey, which started so long ago in a budding country, certainly seems to have achieved the American dream. From small beginnings to worldwide success in travel retail, the bourbons of Beam Suntory’s portfolio offer a taste of Kentucky and a true taste of America.