One on One with BPI’s Eric Henry

Coming off a good year with high single digit growth, Beauté Prestige International (BPI) is preparing itself for a future that does not include Jean Paul Gaultier, the powerhouse fragrance that it launched more than a decade ago. The license will be taken over by the Puig Group, as part of its acquisition of the Jean Paul Gaultier fashion house. 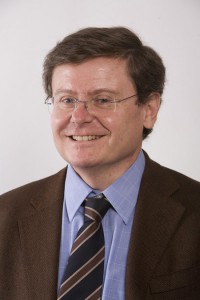 Always looking ahead, BPI has signed and developed a new license with fashion designer Azzedine Alaïa which will be launched this year. In 2016 it will launch its first fragrance for French brand Zadig & Volataire.

“We are preparing for our transition,” Chief Operating Officer Eric Henry tells TMI.

“Our company is very long-term oriented. We are recognized in the industry as specializing in the premium segment, and there are not many companies that started from a blank page, as we did, and built four successes such as we have with Issey Miyake, Jean Paul Gaultier, Narciso and Elie Saab. And we are willing to build other successes.

“Not many companies have the track record that we do in the industry,” he adds.

Henry is looking forward to the addition of Alaïa to its fragrance portfolio. “Alaïa is a very strong fashion business, very business oriented, with more than 300 doors in 40 countries. With so many doors we can build on the awareness of Alaïa from the beginning.

“Alaïa is a couture brand in the same category as Elie Saab, but it has even more business, so we are very excited,” says Henry.

“Zadig & Volataire is a lifestyle brand offering affordable luxuries that are very trendy, so we will have a different approach than the one we are giving to Alaïa.

“It is different, but very complementary to the rest of the brands we carry. We see it as enriching our portfolio, presenting us with a good, strong opportunity. We will be able to develop a women’s and men’s line at the same time, which is very positive,” says Henry.

In addition to the exciting projects ahead, BPI reports good achievement in 2014 with the current brands, especially in the Americas.

“We launched it in the U.S. with Bloomingdales, where we were ranked number one. And we have very good news from Italy, where we have a very strong business with Narciso Rodriguez. It is the number one line in the Italian market, and Narciso, which we introduced a couple of months ago, is already ranking number nine. The Narciso Rodriguez fragrances are not only very big in the Americas, they are big in Europe and very big in Travel Retail as well.”

“This has a very good juice and is doing extremely good as well. So we have had three successful launches in 2014, which helped us deliver a very good year. On top of that, we have some distribution business with Burberry, and Hermès and Salvatore Ferragamo in the USA and Canada, which have performed above expectations as well.”

Henry notes that while emerging markets have not performed as well as expected—especially in Russia, China, Brazil and Argentina—the company has seen some recovery in Europe and sees good growth ahead in travel retail.

“Traffic is growing, and there are lots of opportunities,” he says.