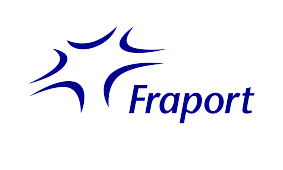 Fraport AG has signed the concession agreements with the Brazilian government for managing and developing Fortaleza (FOR) and Porto Alegre (POA) airports.

Following its double airport win at the government’s public auction on March 16, 2017, Fraport AG has been planning and creating the foundation for the new Fraport Brasil airport companies, which are expected to take over operations at the Fortaleza and Porto Alegre gateways by the beginning of 2018.

Before the concession signing could take place, Fraport AG had to establish Brazilian subsidiaries.

Dr. Stefan Schulte, Fraport AG’s executive board chairman, underscored the importance of the company’s expansion to Brazil and the signing of the concession agreements:

“We have been closely watching the Brazilian market for some years and are excited to be operating at not one, but two airports. We are convinced of the great potential offered by the strategic, ‘best-located’ gateways of Fortaleza and Porto Alegre.”

Fraport will be working closely with Infraero – the current operator of the two airports – along with the SAC (Civil Aviation Secretary of the Brazilian Presidency), ANAC (National Civil Aviation Agency), and other state institutions.

Under the terms of the concession agreements, Fraport Brasil is required to develop the infrastructure at Fortaleza and Porto Alegre airports via a so-called Mandatory Construction Program. This provision includes expansion of the existing terminals, extending the existing runways, refurbishing taxiways and apron areas, and re-designing the airport road system.

Both airports will also receive new automated baggage management and security screening systems, and new aircraft boarding bridges. Numerous refurbishment projects will be carried out at the existing passenger terminals of FOR and POA. Free high-speed Wi-Fi will also be introduced in passenger areas to improve the customer experience.

More details about Fraport Brasil are available via the recently launched website at fraport-brasil.com.

Individual websites (with passenger and B2B information) for Fortaleza and Porto Alegre will be launched in tandem with the transfer of operations to Fraport Brasil, says the company.