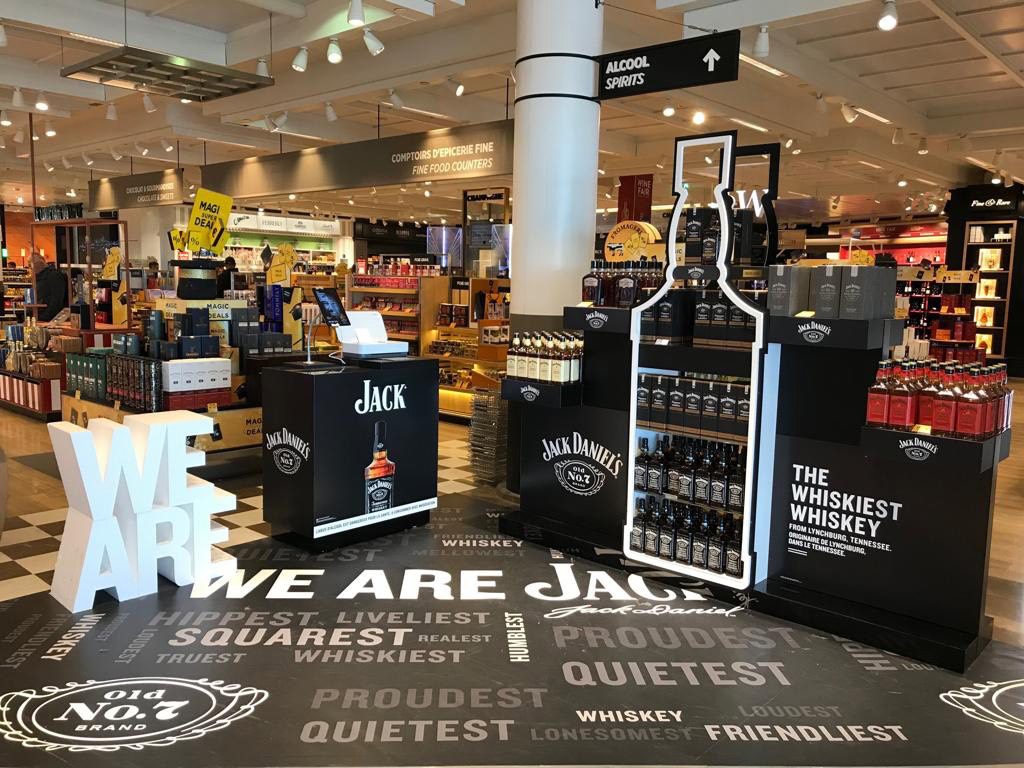 Brown-Forman Global Travel Retail is launching its “We are Jack” campaign at dozens of airports around the world, ranging from London and Los Angeles, to Paris to Bangkok.

Focusing on the iconic American whiskey’s authenticity and taste, the “We Are Jack” campaign message is that Jack Daniel’s is “the whiskiest whiskey from Lynchburg, Tennessee.”

“Jack Daniel’s is a whiskey that for 153 years has remained true to its core values of independence, authenticity and integrity as established by Mr. Jack himself. Our new ‘We Are Jack’ campaign being launched in over 50 airports worldwide is designed to introduce those values to new friends and reinforce it among the legions of Jack Daniel’s loyalists every-where,” explained Aude Bourdier, Vice President and Marketing Director for Brown-Forman Global Travel Retail.

The “We Are Jack” campaign will focus equally on the authenticity and integrity of the whiskey as well as the loyalty and professionalism of those who make it at the Jack Daniel Distillery in Lynchburg, Tennessee. 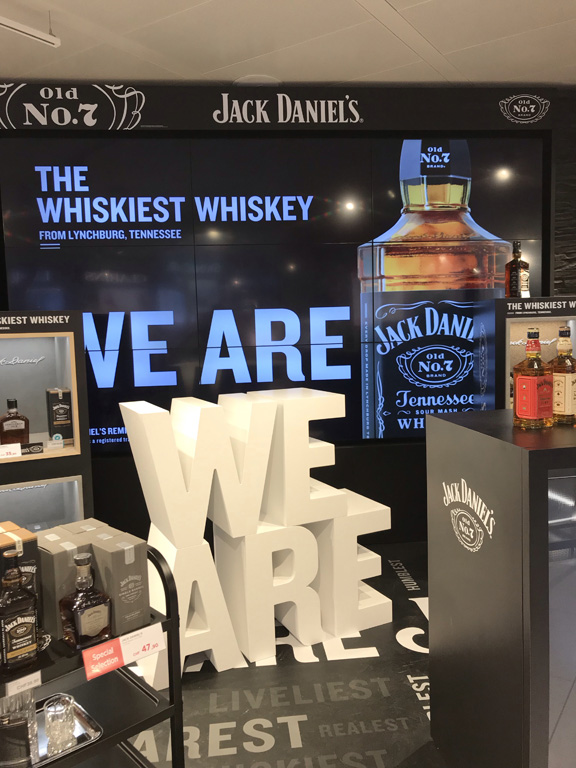 “We Are Jack” will also remind travelers that every drop of Jack in the world is made in a town with one stop-light and allow them an encounter with the proud men and women of that town who make it happen every day.

“Truth is more powerful than marketing fiction and the ‘We Are Jack’ campaign is designed to emphasize the fact that Jack Daniel was a real person, his distillery is located in a real place and the people who make it are passionate and loyal professionals whose motto goes back 153 years: Every day we make it, we’ll make it the best we can,” Bourdier said.

Jack Daniel’s Tennessee Whiskey is an American icon brand and is currently the number two selling spirit by volume in travel retail.

“This brand and the people who make it – more so than any other American whiskey – don’t just talk the talk but, more importantly, they walk the walk as Jack Daniel’s global popularity and reputation illustrates,” Bourdier added.

While she declined to disclose the actual budget for the “We Are Jack” campaign, Bourdier did acknowledge that it represented a sizeable financial commitment by Brown-Forman Global Travel Retail in support of one of the top selling whiskies in the world in both domestic and travel retail markets.

“We are very pleased with the positive reception ‘We Are Jack’ has received from our retail partners. They have embraced the campaign completely and will work closely with us to bring the history and authenticity of Jack Daniel’s Tennessee Whiskey – as well as news of the special people who make it – to international travelers in airports around the world,” she said.

“We Are Jack” displays and other items are scheduled to begin appearing in major international airports this fall. 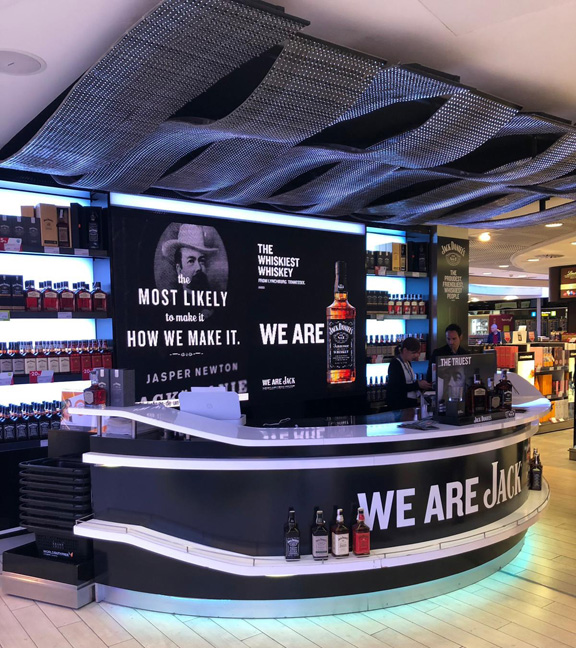 Expect to see images like these in dozens of airports worldwide as Brown-Forman Global Travel Retail launches its “We are Jack” campaign.