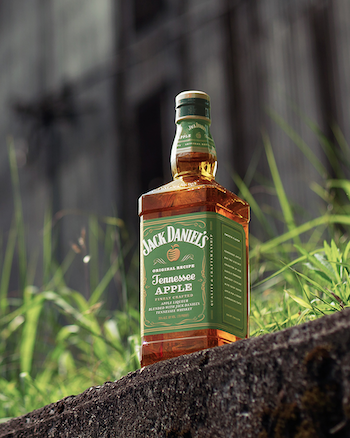 Jack Daniel’s Tennessee Apple was launched this past October in bars, liquor stores and travel retail outlets across the United States. After “exceptional” response in the U.S. due to word of mouth and social media, the Jack Daniel’s apple liqueur will now be available throughout the travel retail world.

“Carrying the Jack Daniel’s name ensures that a product will receive a close look by consumers with an interest in authentic brands with a reputation for the highest quality. American consumers and international visitors gave Jack Daniel’s Tennessee Apple not just a close look but a serious taste test and embraced it to a degree that surpassed even our expectations. Subsequently, the demand for Tennessee Apple has moved on to other international markets and we are taking steps to meet that demand,” explained Aude Bourdier, Vice President and Marketing Director for Brown-Forman Global Travel Retail.

“People who enjoy Jack Apple will find it to be a deliciously smooth and refreshing apple-flavored whiskey that is uniquely Jack,” said Bourdier.