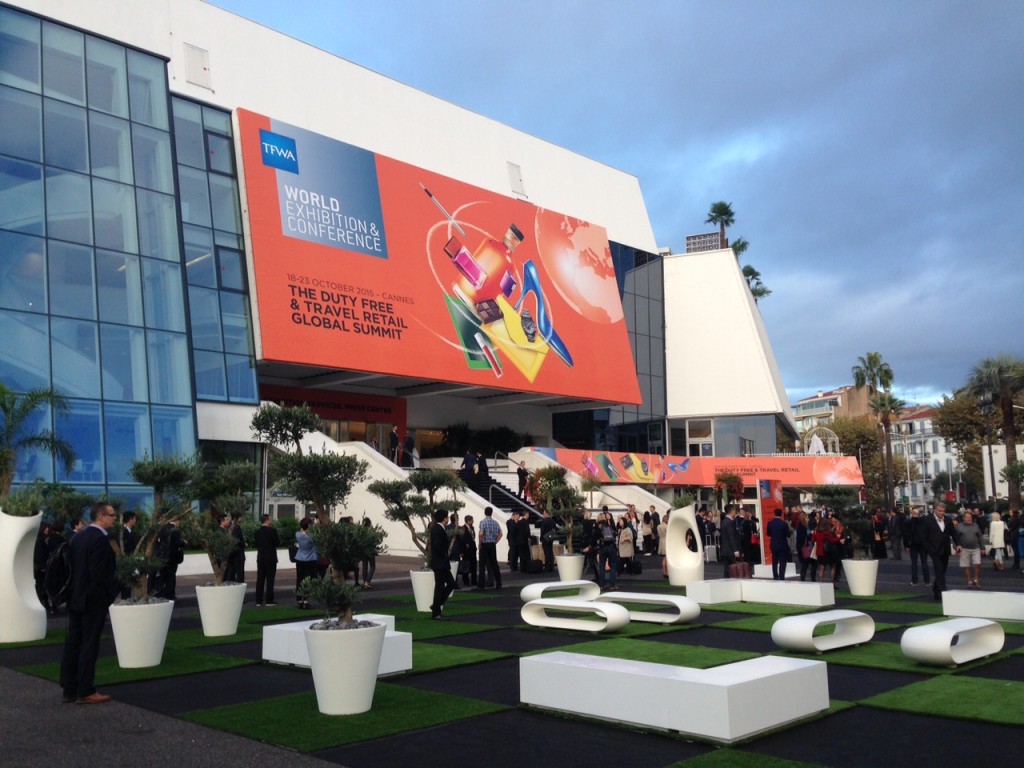 Despite the devastating floods that crippled the city of Cannes only two weeks prior to the TFWA World Exhibition, the 31st global event was held as scheduled with healthy attendance, footfall, and business taking place throughout the week.

At the conclusion of the exhibition on Oct. 23, TFWA President Erik Juul-Mortensen declared the conference “a very successful event in all aspects.”

In total, 6,558 visitors from 3,026 companies attended the conference, down 2% from 2014. “The slight reduction in the total number of visitors compared with last year’s record figure bears witness to the difficult economic and geopolitical climate in the world today. However, I am delighted to report that our key visitor category – landlords, duty free & travel retail operators – was extremely well represented with a 2% increase in delegates and 4% rise in the number of companies over 2014. Agents and distributors also arrived in greater numbers than last year, which is very pleasing.”

The bustling trade floor hosted 482 exhibitors, up from 475 in 2014. This figure includes 48 new exhibitors or those returning after an absence.

With constant footfall and business being done in all corners of the convention, the general mood of the conference was positive and optimistic, in spite of trying economic and political challenges of the past year. There seemed to be a consensus across the industry to combat downturn and improve business in the coming year with resilience, innovation, and education.

Additionally, 145 delegates at-tended the Market Watch Work-shop on South Korea held on Tuesday; 169 attended the Inflight Focus workshop on Wednesday; and nearly 90 were at the premiere TFWA Research Workshop. 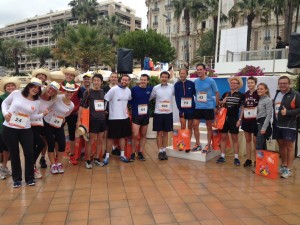 Runners at the TFWA Charity Run, which took place on Sunday morning in Cannes.

The week was punctuated with networking and social events, most of which took place in the Cannes sunshine. On Sunday, delegates did not let a little rain and clouds stop them from participating in the charitable Heinemann/ Estée Lauder Golf Tournament, the annual TFWA Petanque Tournament, and the TFWA Charity Run held.

Almost 2,000 guests came out for the Welcoming Cocktail at the Carlton Hotel on Sunday evening, ushering in the week to come with a golden display of fireworks organized by the City of Cannes. Delegates danced through the midnight oil during the week at The Scene after-hours venue and more than 1,000 guests attended Le Premium Evening at Port Canto on Thursday night, enjoying a ‘Cucina Pop’ dinner prepared by award-winning chef Davide Oldani and an acrobatic display by the Cirque Eloize from Montreal.

WiTr reaches goal with generous industry support
In addition to the charitable sporting events that took place on Sunday, the members of TFWA demonstrated their generous spirit throughout the week, notably with the fundraising efforts of Women in Travel Retail. Through a raffle and silent auction, and with the help of generous donors, WITr raised €21,947 to build an extension on the Brahmaputra Home built by TFWA Care in Guwahati, Assam.

“The extension to the Brahmaputra Home which already houses 25 children, will give 30 more children a safe home, regular meals and the opportunity to go to school, something that most of us take for granted,” said Sarah Branquinho, World Duty Free Group. “The generosity of this industry never fails to amaze me.” 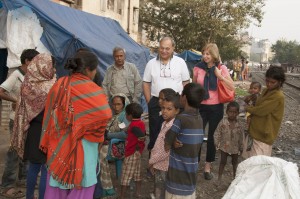 Sarah Branquinho and Erik Juul-Mortensen at the Brahmaputra Home built by TFWA Care in Guwahati, Assam.

Special mention must be made for the the funds raised through the prize draw and silent auction that was generously supported by many brands and retailers. Sunil Tuli, King Power Hong Kong’s Managing Director donated an additional €1,000, for a total of €9,347, short of the targeted amount. At the Frontier Awards Dinner, where WiTR was recognized for its contribution to the industry, an impassioned plea by Furla’s Gerry Munday led Godiva Chocolatier’s CEO Mohamed Elsarky to donate €10,000. Frontier magazine came up with another €1,000, plus a further €500 donated by a private contribution the following day resulted in a total of €21,947, slightly in excess of the €20,000 target.

The industry also proved its generosity when TFWA President Erik Juul-Mortensen, thanking the government of the city of Cannes for their hard work and perseverance in the city’s flood recovery, donated funds on behalf of TFWA Care to SAMU SOCIAL to replace a service van that was destroyed in the floods. The van was originally purchased by TFWA ten years ago, highlighting the long friendship and partnership between TFWA and the city of Cannes.

In 2016, the TFWA World Exhibition and Conference will take place during the first week in October, commencing on October 2 and running through the 7th. The event will take place in early October in 2017 and 2018 as well. The next TFWA event will be the MEADFA Conference held in Jordan on November 23-24, 2015.