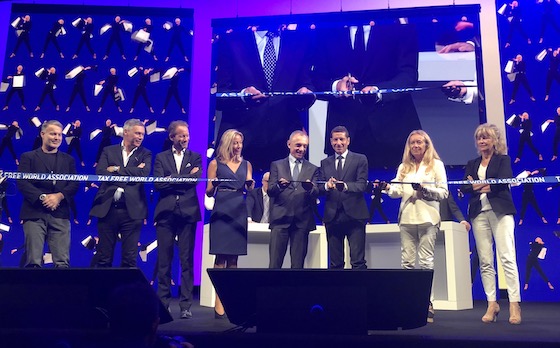 The ribbon-cutting ceremony officially kicking off the 2019 TFWA World Exhibition.

The 35th TFWA World Exhibition & Conference was deemed an unqualified success, according to the organizers.

Following a week of spectacular weather on the French Riviera, the annual industry event closed on an upbeat note as TFWA President Alain Maingreaud announced that a record 7,531 delegates visited the exhibition during the week, an increase of 7% from 2018.

The conference on Monday also attracted a record 2,000 people.  The Rt. Hon. Tony Blair, former Prime Minister of the United Kingdom, shared a number of candid anecdotes from his years at the center of world politics, touching on topics ranging from leadership, sustainability, climate change and democracy, to politics and Brexit. 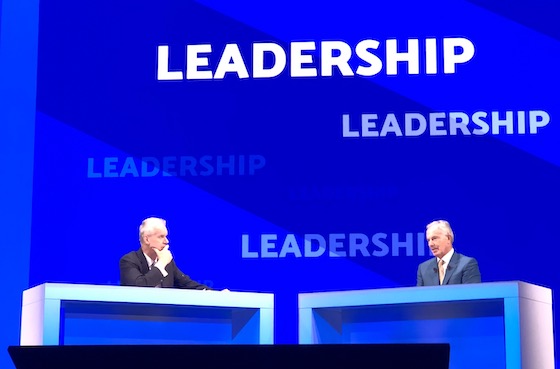 Mr. Blair also shared a number of warm memories of former French president Jacques Chirac, who had died earlier in the week, despite the fact that the two were often at odds while they were in office.

The biggest news about the Prime Minister’s appearance at the Conference – which was deemed controversial by many in Europe and the UK – was that the press was notified shortly before the conference that it would be off the record.

However, Mr. Blair was undeniably charming, insightful and informative during his far-ranging Q and A with moderator Stephen Sackur, of BBC World’s HARDtalk, and several delegates who had opposed the Prime Minister’s invitation told TMI that they found themselves agreeing with much that he said.

In a question about Mr. Blair’s invitation during the Closing Press conference at the end of the week, Maingreaud commented that the choice had been unanimously approved by the Association’s Management Committee. 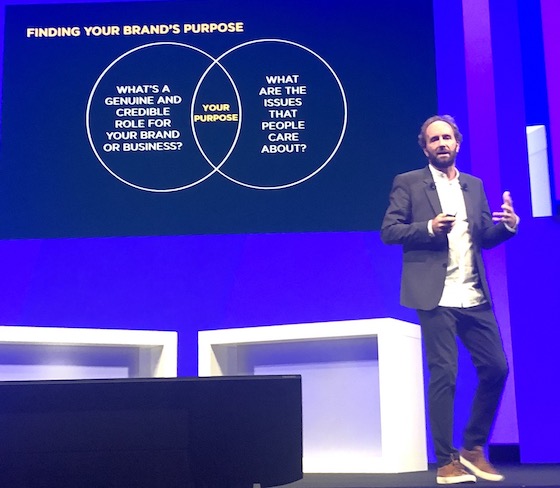 David Jones, former CEO of advertising agency Havas and the founder of You & Mr. Jones

In a second fascinating presentation, David Jones, former CEO of advertising agency Havas and the founder of You & Mr. Jones, stretched the audience’s mind with his descriptions of new technologies and how they will/are being embraced by younger generations. 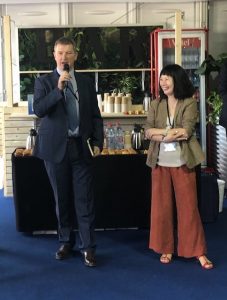 Even more compelling, Jones showed videos of his organization One Young World, which he founded with Kate Robinson 10 years ago, in an effort to help brilliant young leaders to drive change in the world, he said. One Young World brings together 1,500 of these young leaders every year, from 195 countries, and puts them on the stage with counselors who include such luminaries as activist Bob Geldorf KBE, Sir Richard Branson, Meghan Markle, etc., which also gives them a global audience.

In a break with tradition, Alain Maingreaud’s annual State of the Industry presented no figures, which he said was because the industry was suffering from a collective failure of a sharing of information.

“We need valid statistics,” he insisted. Maingreaud also argued for the critical need for sustain-ability, which became a theme from nearly every company TMI met with throughout the week.

“We cannot ignore the effect of aviation on the planet,” said Maingreaud, stressing that as an industry we must do whatever we can to help mitigate the negative impact. 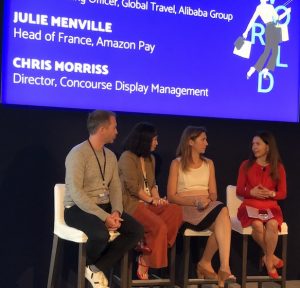 With 504 exhibitors and an expanded floor space the exhibition itself was also very upbeat.

Another highlight this year was the TFWA Innovation Lab, which was moved to a centralized location that was much more convenient for delegates. With a much broader scope than the previous TFWA Digital Village, the Innovation Lab was busy throughout the week.

Again sustainability was a major topic. In the Innovation Lab, as well as in the conference and workshops, there was much talk about how the industry can continue to prosper, while acknowledging its responsibilities towards the environment. From recycling of retail fixtures to creative new ways to reduce plastic packaging, companies seriously discussed how to improve the sustainability of their own businesses. TMI will be covering this in greater detail over the next weeks.

During the conference, TFWA President Alain Maingreaud also announced that the TFWA World Exhibition & Conference will stay in Cannes for at least the next three years.