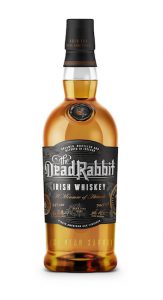 The company has spent the past two years quietly repositioning its strategy and portfolio, focusing its efforts behind the strong growth areas of American Bourbons and Ryes, Irish Whiskeys, aged Scotches and small craft gins and rums, he says.

“We sincerely want to thank our dedicated confection suppliers – Hawaiian Host, Hershey’s and Nestle’s– for their many years of friendship, partnership and support in helping us to build their world-class brands in U.S. Travel Retail, and wish them continued success in 2019 and beyond,” says Donaldson.

“Our Caribbean business has also been in a rebuilding mode with our local market partner distributors, following the devastating hurricanes in 2017. Fortunately, the popular category growth trends in the U.S. and cruise lines mirror those now being experienced in the Caribbean markets. Our portfolio is properly positioned to take advantage of those growth trends for when those Caribbean markets eventually return to normal,” says Donaldson.

Among the highlights of the portfolio: 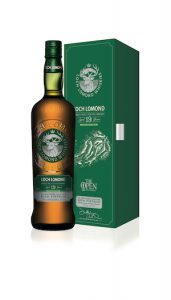 Loch Lomond, the official sponsor of the British Open, continues to bring innovation and the highest quality of single malt scotches to Travel Retail, and will introduce the second offering of the Loch Lomond Limited Claret Jug Edition Series in Orlando. Of special interest, Loch Lomond’s Ultra-premium and limited edition – Littlemill 25YO Single Malt Scotch now being sold at DFA in JFK, retailing for around $3,000.

Gosling’s Black Seal Rum continues its double-digit growth in USTR and onboard the cruise lines in both retail and in the bars. New this year: Gosling’s Papa Seal Rum, a single barrel pot and column distilled rum aged for up to 15 years in once used Bourbon barrels in Bermuda. Hand-inscribed with the bottle number, barrel number and date, Papa Seal is highly allocated and will retail for around $200 for the 750ml.

Stillhouse’s portfolio of spirits has also been performing well in travel retail. 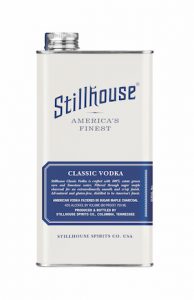 “The attractive and disruptive 100% stainless steel unbreakable packaging and high quality of Stillhouse’s American flavored Whiskies have caused this brand to far exceed our expectations, with listings and strong reorders in almost every major travel and cruise line retail outlet in the U.S., and in many major Caribbean markets,” says Donaldson. Stillhouse Black Bourbon, introduced last year, now represents over 40% of the brand volume. Stillhouse Black Bourbon and Apple Crisp are performing well with Starboard Cruise Services in the Carnival gift shops, and will expand to Royal Caribbean’s gift shops in Q2, he reports.

Quintessential Brands is introducing its new “Dead Rabbit Irish Whiskey” named after the famous bar in New York City made popular by “The Gangs of NY” movie, and its aged 5 years and above – The Dublin Liberties Irish Whiskies, from the grand opening of The Dublin Liberties Distillery. Quintessential Brands will also be featuring and introducing its super-premium Opihr, Bloom and Berkeley Gin brands at the show.

Chase International gained new listings on Carolan’s Irish Cream from Heaven Hill with Ammex Detroit, Duty Free Americas and International Shoppes. Sake is a growing specialty category in USTR, and the Hiro Gold, Blue and Red Sake’s (Gold Retail $100.00 for 750ml) were listed with Ammex Detroit and 3Sixty in Dallas, and in the Caribbean in Grand Cayman and St. Maarten.

“We’re very excited about the prospects for Chase International in 2019, and feel we are very well-positioned for success due to the great brands in growth categories, and the strong support of our supplier-partners and customers in Travel Retail.”