The Indian aviation industry is booming and capacity to the Americas is growing by double-digits, reports analysis from Business Lounge, the market data arm of CiR.

In the ten months to October 2017 total PAX at India’s airports combined was up +14.9%, a growth second only to Russia among the top thirty markets globally, says CiR.

India is currently the fifth biggest market in terms of total PAX, positioned in between the UK and Spain, and behind the USA, China and Japan.

While much of the growth is being driven by domestic travel, which accounts for over three quarters of total PAX and has grown +17.0% year to date, the international market is recording robust growth, up +8.8% over the same period.

Half of India’s outbound PAX travel is to the Middle East, but airlift to the Americas rose 22.1%.

Looking to the first six months of 2018, this trend is likely to continue, says CiR. Capacity to MEA is up only +5.5%, whereas seats to Europe and the Americas are currently +17.2% and +13.5% ahead of the same period last year.

Much of the growth to the Americas is being driven by capacity on flights into Canada, which is up +57.1%. Air Canada’s Delhi-Toronto Pearson has historically been the sole link between India and Canada, however in October 2016 the Canadian national carrier launched a seasonal Vancouver-Delhi service, running through to April 2017. It proved to be such a popular route, the airline has scheduled the service to run again from October 2017, but has expanded the number of seats by +45.3% over the seven-month period.

More recently, in July last year, Air Canada also inaugurated a Toronto-Mumbai service, making it the first airline to operate a route between Mumbai and Canada.

“Air Canada is seemingly keen to invest heavily in what it must see as a lucrative Indian market,” says Stasiulevicuis, “and it appears that there will be a significant opportunity to target Indian shoppers in Canada throughout 2018. It is imperative for brands and retailers in these regions to understand how this key nationality behave in their airports in order to maximize the opportunity.”

CiR’s Indian Traveller Report, launched in 2017, provides a focus on attitudes towards travel and the airport environment, together with an in-depth study of shopping behavior in Duty Free. 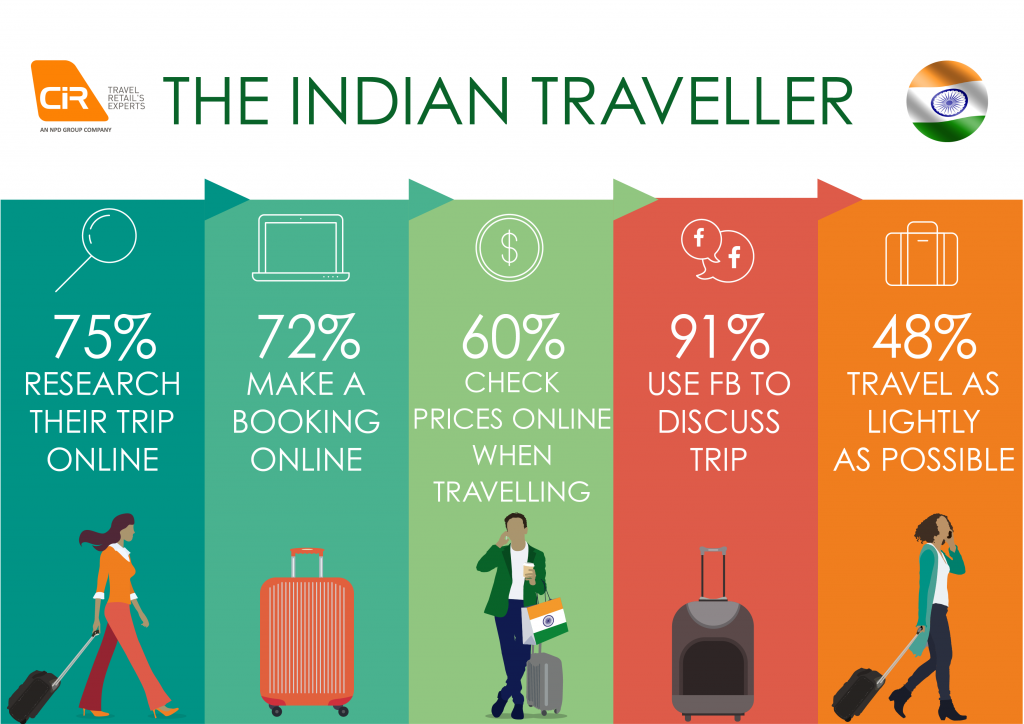