Following a competitive process, SOM was selected to design Satellite Concourse 1 and Satellite Concourse 2, which will be built west of the main terminal core. The City will now enter into contract negotiations with SOM. Upon award, SOM will begin working with the City of Chicago and O’Hare 21 stakeholders on the modernization and expansion of the airport.

With more than 80 million passengers a year, Chicago O’Hare is the #1 airport in the U.S. for connectivity. Mayor Lori E. Lightfoot says that the City and its airline partners “are making necessary investments today to keep O’Hare #1 … and a competitive global hub for the future.”

With approximately 1.2 million new square feet of total building space, Satellites 1 and 2 will feature concourses that are double the width of those currently in use at O’Hare. When completed, the Global Terminal and Concourse and satellites will provide 70% more passenger space and a 75% increase of commercial space at O’Hare. This means more passenger amenities, doubled airline lounge space, and the potential for more than 50 unique new dining and retail brands. 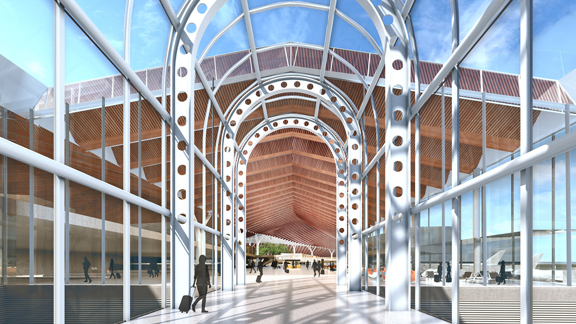 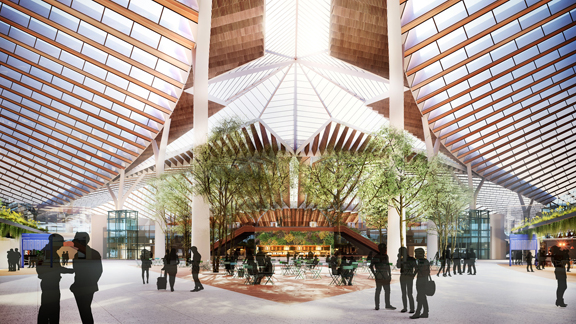 The modern, light-filled satellite concourses will be designed with flexible gates to accommodate both narrow and wide-body airplanes, increasing connectivity for passengers heading to domestic and international destinations.

Satellite 2 will support domestic arrivals and departures with inter-national arrivals for pre-cleared markets, where passengers have already gone through U.S. Customs Border Protection before boarding their flight to the U.S.

The satellite concourses are valued at $1.4 billion and are slated to break ground in 2022.

The City says that the entire $8.5 billion O’Hare project will be paid for by airport revenues, not taxpayer dollars.

The joint venture of Studio Gang, SCB, Corgan, Milhouse, and STLArchitects received the highest overall score and entered into a contract with the City in May, 2019 to design the Global Concourse and Global Terminal, and to set the tone and palette for the satellite concourses.