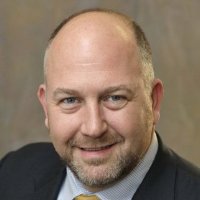 WEBB GTR will distribute its portfolio of premium spirits and wines for the travel retail markets in the Americas, Europe, Middle East and Asia.

“It’s a privilege to launch WEBB GTR with Andy Consuegra and our team of talented industry veterans. Our objective is to pioneer a consumer-centric distribution company — one whose expanding portfolio targets the traveling consumer who demands authenticity and discovery in all aspects of life. To achieve this, we’re championing spirits brands, many of which deliver on the true meaning of ‘craft,’ as we build the most respected craft portfolio in this advancing segment of the industry,” says Corrigan.

“Spirits and wines purchase decisions increasingly are driven by an emphasis on substance over mere style. Built on a strong foundation with partners such as Tito’s Handmade Vodka and a growing portfolio of inspired spirits, we will offer the trade unique and unparalleled value through brands that deliver the legitimacy demanded by today’s consumers.”

In the Americas, WEBB GTR launches with Rebecca Creek Distillery and Terra Spirits & Liqueurs, along with the wine portfolio.

In addition, the company’s U.S. Military Division manages a strong craft-driven portfolio including Ghost Tequila, Rebecca Creek Distillery, WhistlePig Rye Whiskey, and Egan’s Irish Whiskey. In the Americas Travel Retail channel, it is important to note that Tito’s and Sazerac remain partners of The Edrington Group.

WEBB GTR was formed shortly after the highly profitable joint venture known as Edrington WEBB Travel Retail Americas (EWTRA) was purchased by The Edrington Group on June 1, 2017, as part of its plan to consolidate all global travel retail operations. Aside from the travel retail channel, the WEBB name has been a presence on behalf of leading brands in the Caribbean and select Central American domestic markets since 2007. WEBB GTR Managing Director Stephen Corrigan will be at the TFWA Show in Cannes, beginning Sunday, October 1, to further share plans for WEBB GTR. He can be reached at stephen@webbmiami.com.