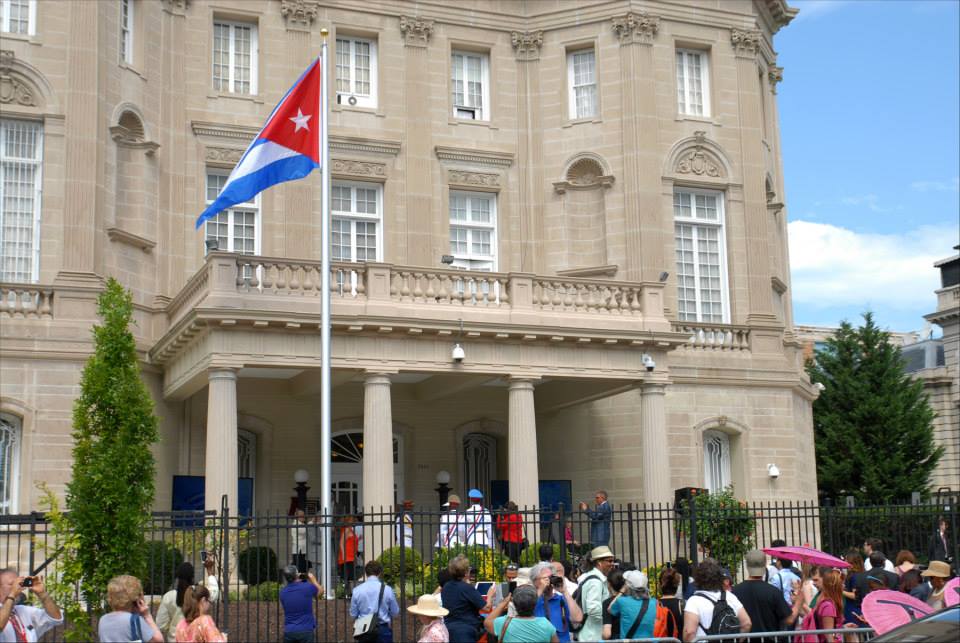 Monday morning, July 20, at precisely 10:36, Cuba’s tricolor flag rose over its century-old mission in Washington, DC. The event triggered spontaneous outbursts of both joy and anger as supporters and opponents of the Castro regime confronted each other behind police barricades across Sixteenth Street. 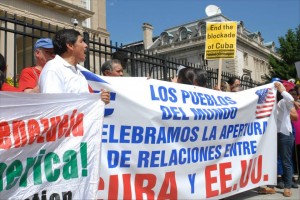 TMI correspondent Larry Luxner was on the scene to chronicle this truly historic day which, he reports, happens to come exactly 30 years after his first reporting trip to Havana.

Cuba’s Foreign Minister Bruno Rodriguez Parrilla was in Washington to raise his country’s flag, an event that Cuban government officials said will be broadcast live on the island’s state-run TV.

The U.S. flag-raising in Havana will take place in August with U.S. Secretary of State John Kerry in attendance — the highest-level trip by a U.S. official to Cuba since the 1959 revolution.

But normalizing full diplomatic ties could still take some time. As of today, the 54-year trade embargo is still in effect.