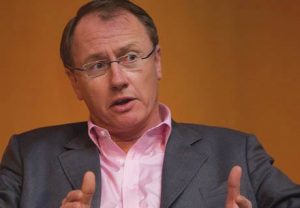 Cappell has played a leading role in the development of airport business plans, concession plans and strategic advertising opportunities.

Mark Thorpe, OIAA CEO comments:  “We have had the benefit of Dan’s expertise and experience in his capacity as a consultant, so he is no stranger to all we’ve accomplished as well as our vision for Ontario as a first-rate international aviation gateway.

“He’s keenly aware of what it takes to develop successful airports, and we look forward to the added value his many talents will bring to Ontario.”

“I am honored to be joining the executive team at Ontario and contribute to the vision for growth as defined by the CEO and the board. Ontario has a dynamic and forward-thinking executive team, with incredibly exciting plans for the airport’s growth over the next 10 years. I can’t wait to get started,” said Cappell.

Located 35 miles east of down-town Los Angeles, ONT is a fast-growing full-service airport with nonstop commercial jet service to 22 major airports in the U.S., Mexico and Taiwan, and connecting service to many domestic and international destinations.