Delta and Aeromexico met the requirements set out by the U.S. Department of Transportation (DOT) and Mexico’s Federal Economic Competition Commission (COFECE) in order to commence the JCA including giving up gates in key airports.

This is the first with the first transborder aviation alliance between Mexico and the United States say the carriers, noting that the partnership will allow the carriers to expand competition and serve new destinations..

Delta will provide service in the United States through its connecting hubs in Atlanta, Detroit, Los Angeles, Minneapolis-St. Paul, New York, Salt Lake City and Seattle; Aeromexico will offer greater access to Mexico through its hubs in Mexico City, Monterrey and Guadalajara.

Delta and Aeromexico will work together offer greater connectivity between Mexico sand the U.S. and will “enhance the customer experience on the ground and in the air. The airlines say they will invest in airport facilities, boarding gates and lounges, as well as implement joint sales and marketing initiatives in both countries.

Delta and Aeromexico have a long history of working together. They launched their first codeshare in 1994. In 2011, Delta entered into an enhanced commercial agreement with Aeromexico, and in 2012, Delta invested USD$65 million in shares of Grupo Aeroméxico, the parent company of Aeromexico.

In 2015, Delta and Aeromexico filed an application with the U.S. Department of Transportation and the Mexican Federal Economic Competition Commission (COFECE) seeking approval of the JCA covering transborder flights between the United States and Mexico.

In 2016, both airlines accepted the conditions set by the authorities, and in 2017, they implemented the actions necessary to comply with the required remedies. 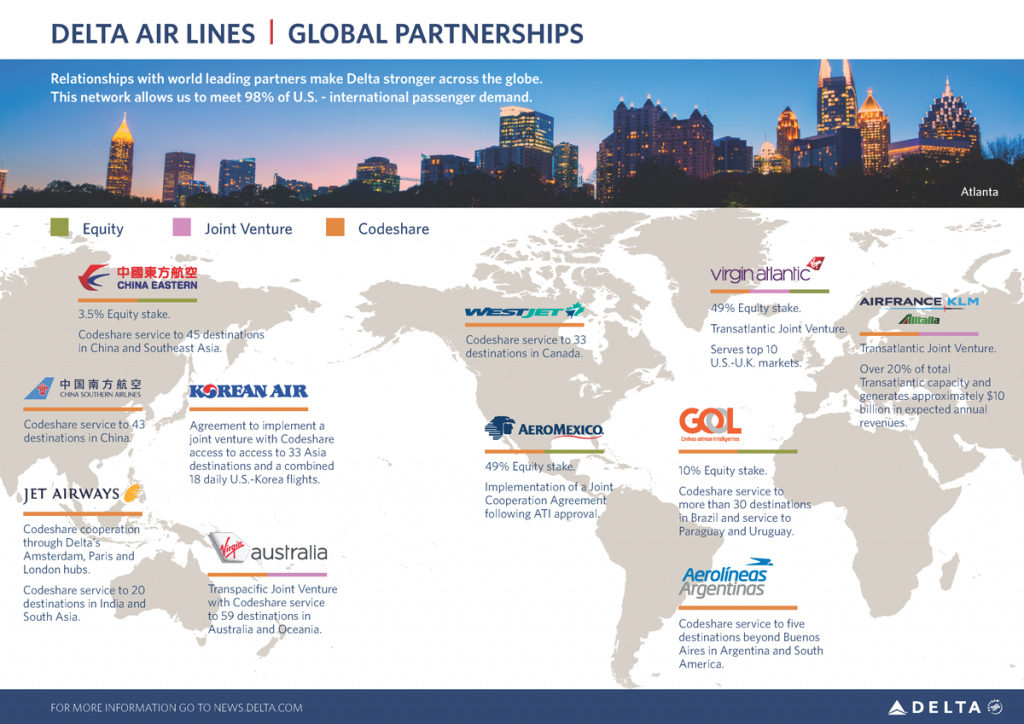