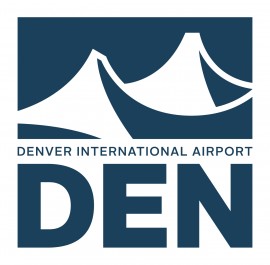 The airport’s innovative Retail Merchandising Unit (RMU) and kiosk pro-gram, which gives small businesses an opportunity to do business at the airport without a large capital investment, accounted for about $16 million of the total gross revenue.

The sales resulted in an estimated $12,255,116 in sales tax to the City and County of Denver and about $57,589,038 million in concessions revenue to DEN. The airport relies on revenue from airline and non-airline sources, as no taxpayer money received by the city’s General Fund is used for DEN expenditures.

DEN currently offers a total of about 140 shops, restaurants and services in more than 177,000 sq. feet of space. A total of 18 new or updated concessions opened at DEN in 2015, including nine new locations on the recently expanded west end of the C Concourse. These new concessions introduced an innovative integrated concessions concept that pairs retail and dining options with lounge seating, power hubs, an extended liquor license within the gate areas, and table-based iPad ordering capabilities.

Other new additions to DEN in 2015 included Victoria’s Secret, Modmarket and Time Travel (operated by DFASS). This year, the airport is working to add a brewery-themed restaurant at the Westin Denver International Airport, as well as a common-use passenger lounge.

“On the heels of Denver International Airport’s 20th anniversary year, we are continuing to transform our shopping and dining program …to meet the needs of today’s travelers by offering better variety, healthier options and a mix of local and internationally recognized brands,” said airport CEO Kim Day.

“Passengers are showing they approve by their increased spending, and this revenue is essential to maintaining competitive airline fees – which keeps fares low and provides incentives for new routes.”