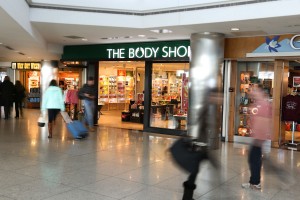 When Denver International Airport (DIA) opened to the public on Feb. 28, 1995, it captured the world’s attention with its striking tented roof structure and technologically advanced operations. The first major new airport to be built in the United States in 20 years, DIA has grown from serving 31 million passengers in 1995 to an all-time record of 53.4 million passengers in 2014. Today, DIA generates more than $26 billion in annual economic impact for Colorado and supports nearly 190,000 jobs. It remains the largest and newest commercial airport in the United States, with room to double its current capacity to remain competitive in the growing global aviation marketplace.

“DIA is a jewel in the nation’s aviation system, serving as the front door to our entire region for tens of millions of people every year,” said Denver Mayor Michael B. Hancock in a statement. “With 32 months of consecutive months of growing international traffic, bolstered by new nonstop flights to Tokyo, Panama City and other major destinations, DIA is a gateway to the world – with abundant potential for the future.”

Now, twenty years after opening, DIA has embarked on a year-long celebration that includes milestones and events that will continue to strengthen the airport’s position as an economic powerhouse. In addition to the opening of the new Westin Denver International Airport hotel this fall, train service connecting DIA to downtown in just 35 minutes will begin in 2016.
This year, the airport will also enhance customer services and experiences and will add amenities, such as an outdoor plaza for arts and entertainment, new comfortable seating, additional power outlets, dining options with touchscreen ordering and a major refurbishment and expansion of its shopping opportunities.

Neil Maxfield, Senior Vice President- Concessions, Denver International Airports tells TMI that DIA is starting the process of renewing its concessions program, an undertaking that will roll out over the next few years.

“A lot of our concessionaires have been here since the beginning of the airport. Their lease terms were rather lengthy early on because there was a lot of risk taken on by those people to be in a larger facility out here twenty-two miles away from the downtown area. Then we had 9/11, which allowed us to extend agreements because, again, there was some uncertainty related to passenger traffic at that time. But now we’re coming up to a time where those agreements are reaching the end of their terms so we have started the process.

Maxfield says that he is seeing some “really cool” concepts coming their way.

“Opportunity is really staring at us right here in the next few years. We see us transforming this program into something that is world class. I am not saying that we have poor concepts today but we have some concepts that have become irrelevant to the customer and the customer’s tastes have changed over the last twenty years, and even over the last four or five years dramatically.

It is all about the customers and how best to serve them, he notes.

“We have a renewed focus on who our customers are, what their desires are, not only in terms of our food and retail operations but also in terms of how we get them through the facility, and how we manage their care while they’re in the building with us. So we’ve started the process of understanding out customer and we intend to learn as much as we can about them by asking them to provide us with feedback through Twitter and Facebook, set up by our Global Communications team.
We also walk up and ask them pointed questions. We want to make sure that the things that we do add value to their experience as they come through the airport. Over the last year we’ve taken a great amount of time to focus on the customer and it is incredibly important for us to continue that focus as we start to renew and replenish the facility for the next twenty years.

With growing traffic and additional flights bringing in a new mix of passengers. DIA is looking to transform its retail program, including the duty free and duty-paid concessions.
“One of the biggest changes we have made is in the duty free and duty paid environment,” explains Maxfield. “By this July, we are going to be offering our customers here a large scale duty free/duty paid environment in both Concourse A and Concourse B with the opportunity in several years to restructure the C concourse location, which is now specialty retail, into a duty free/duty paid location. Now it will be specialty retail and cosmetics, featuring Kiehl’s, and Urban Decay.”
The concession is being operated by Denver Duty Free — a joint venture among Dufry North America, and Airport Concessions Disadvantaged Business Enterprise program certified Odd Tale Books and Wystone’s World Teas Holdings. The group will develop, operate and manage nearly 6,000 sq feet of retail space, more than five times the current area. The concession includes two Dufry-branded tax- and duty-free/duty-paid locations, and a 1,390-square-foot specialty retail shop called Mile High Glamour to be located in the center of Concourse C.

The concession, which was awarded to Dufry in September 2014, was challenged by DIA Retail Fashion (the DFASS-led JV that came in second to the Dufry bid). The judge hearing the dispute granted Dufry’s motion to dismiss the appeals case, ruling that he did not have jurisdiction on the matter.

Maxfield says that DIA is looking to expand its high end branded retail even beyond the duty free and duty-paid options.

“We have a great partner in Avila Retail Group for regional gifts, and a great partner on the news and gifts side with Hudson. What we don’t do well is bring some of the high-end retail to the airport and that’s going to be a large focus of ours over the next two or three years as we start transforming our program,” he says. 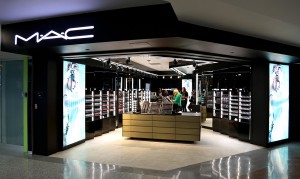 The airport has already begun introducing some exciting new retail concepts, says Maxfield.
“The Avila Retail Group has done a fantastic job rebranding our regional gift selections. They have brought in fantastic designs and better, more efficient layouts in concepts such as Greetings From Colorado, and Way Out West out on Concourse C. We love having The Body Shop here. We’re going to refresh Johnson and Murphy and Brookstone, obviously two valuable staples to an airport environment. We love the juxtaposition of Mosaic, a fine art and craft store, in Concourse B right next door to Elway’s, the Denver steakhouse created by Broncos player John Elway. We love the synergy between the customers. We think it does drive traffic and additional revenue to that space. And, frankly, M.A.C is a fantastic addition.”

DIA has already refreshed the main center core of Concourse B. “We’ve got Elway’s, Mosaic, M.A.C, and our new Tattered Cover Bookstore. So that quadrant of our core really exudes good, high-quality design, great materials, great concepts, great partners. We’re looking to replicate that in other parts of our airport,” he says.

DIA will be looking for other partners to join them and will be issuing tenders. “We are going to go to the street and look for proposals from people to bring us great concepts. We’re going to be very prescriptive about what we’re looking with, as I said, this renewed focus on the customer.”