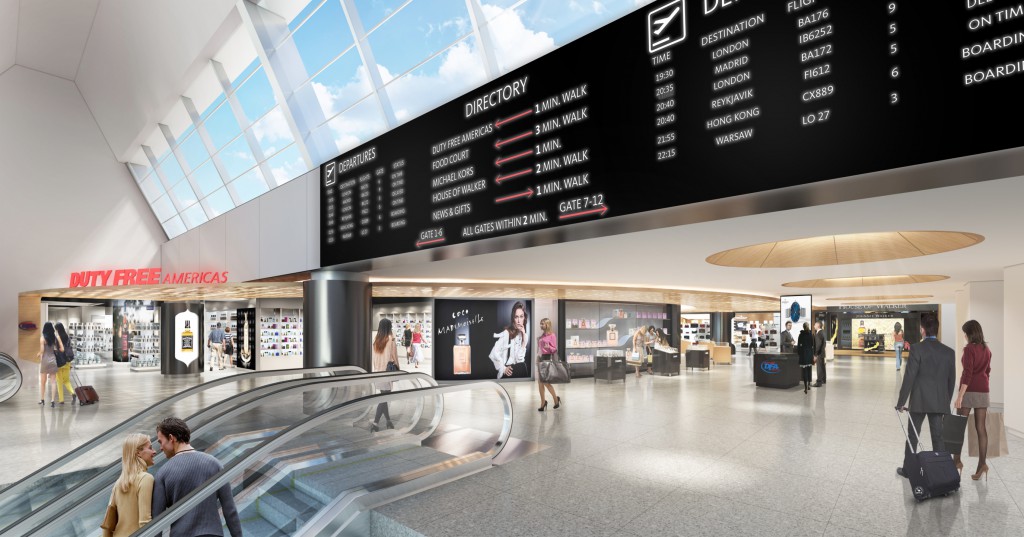 Duty Free Americas has confirmed that it will play a major role in creating the new “immersive retail environment” at Terminal 7 at New York’s John F. Kennedy International Airport, when British Airways modernizes the terminal as part of its multi-million dollar re-design there.

British Airways last week revealed details for the modern-ization at Terminal 7, the airline’s flagship US airport, and CGI images of what the terminal will look like following a $65 million investment.

The redesign will be complete at the end of 2018 and will include an enhanced, spacious check-in area complete with an exclusive premium check-in zone and wait-ing area, and access to fast track security.

It will also feature new gate seating areas and work stations, redesigned and updated lounges and the introduction of an authentic New York culinary experience with local food and beverage concepts.

Abigail Comber, British Air-ways’ head of customer, says that  the new environment at T7 is de-signed for customers to enjoy a smoother, faster and more relaxed airport experience.

“This will involve significantly increasing the number of people we can seat for in-flight dining, re-styling the space and adding new lighting, bars and furniture,” she said.

BA recently opened a new lounge at Boston and next year will upgrade Aberdeen and Rome. Geneva will also be expanded and further investment is planned in San Francisco, Chicago, Johannes-burg and Manchester, said Comber.

The JFK re-design is also focus on the duty free shopping and concessions at T7, which will continue to be handled by DFA for at least the next 5-7 years.

“We are investing quite a bit of money both in the current space and in developing the space around the store to create a walk-through feel, and we are transforming some of the boutiques in front of the main store into new concepts,” DFA CEO Jerome Falic tells TMI.

One of the new concepts is a Rare & Vintage spirits shop located to the right of the current boutiques. DFA is also opening a niche fragrance shop – another new concept.

“There is a big demand for niche fragrances and these will be very high end. We have 12-13 brands already confirmed, with space for a total of about 16. These are brands that are not currently in our offering in our traditional duty free stores,” says Falic, adding that the company will eventually be looking to expand this concept into other locations.

“After walking through the niche perfume area, customers will come to luxury brands, sunglasses and accessories. Each area will have semi-personalized corners within the shop,” he says. The new renovated terminal is scheduled to be opened by November of this year. 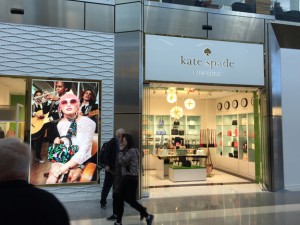 In other DFA news, the company opened the first Kate Spade travel retail boutique in a North American airport at Terminal D in Dallas Fort Worth International last week. The duty paid Kate Spade boutique was opened along with a Michael Kors boutique and joins the Montblanc and Coach stores opened at DFW by DFA earlier this year.