One highlight of the 2019 Summit of the Americas in Orlando was the announcement of the winners of annual 2019 DFNI-Frontier Americas Awards.

Recognizing the best of travel retail across all channels in the Americas, entries were evaluated by a panel of expert judges – Antoine Bona, Erasmo Orillac, Giles Marks, Jackie McDonagh, Robin Rosenbaum-Andras and Walter Aguilar. The entries with the highest average score were named the winners, who were announced at the champagne reception event on Monday evening.

From Canada, Importations Guay Ltée (IGL) Duty Free also won two awards, for Border Store of the Year and for Charitable Initiative of the Year, which recognized its Streethearts Haiti campaign. William Grant & Sons won Supplier of the Year. 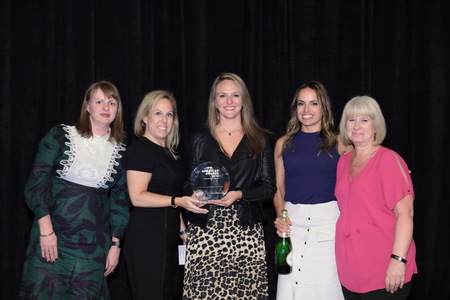 Cruise or Ferry Retailer of the Year – Starboard Cruise Services

New Product Launch of the Year, sponsored by Harding Retail

Highly Commended: 3Sixty for Whiskey Flight at Dallas/Fort Worth