Dufry Group today has reconfirmed its commitment to Brazil and its confidence in the potential growth ahead for the country, announcing major concession contract extensions with expanded new space in the key airports of Sao Paulo and Rio de Janeiro. The new space encompasses both duty free and duty-paid retail, including the opening of more mega-stores and Hudson concepts, further reinforcing Dufry’s presence in Brazil.

In Sao Paulo, Dufry and Guarulhos International Airport (GRU) have extended their agreement for the operation of duty free and duty-paid retail spaces until 2032. In addition, Dufry will operate around 2,300 sqm of additional duty-paid retail space, including a Dufry Shopping megastore at Terminal 2, reports the company.

Guarulhos International Airport is the largest airport in South America and in 2015 welcomed a total of 39 million passengers, of which 25 million were domestic passengers.

Dufry and GRU Airport signed an agreement to extend Dufry’s duty free retail contract at Guarulhos International Airport until 2032. Dufry will remain the duty free operator in terminals 2 and 3, which welcome all international passengers at GRU.

Dufry currently operates 26 duty free stores at GRU airport: 22 shops at Terminal 3 and 4 shops at Terminal 2. The major duty-free area is located at Terminal 3 and extends over approximately 7,500 sq. meters, comprising two general travel retail shops in the arrival and the departure areas. One of these shops is among Dufry´s largest walk-through shops in the world covering 4,350 sqm of space with 18 brand boutiques featuring such key brands as Polo Ralph Lauren, Hugo Boss, Montblanc and Victoria´s Secret, among others. At Terminal 2, Dufry operates a total of around 4,100 sqm of retail space.

Following the plan to further develop the successful duty-paid segment, Dufry was also awarded 2,320 sq. meters of additional retail space. This added space will be used to open a Dufry Shopping megastore in Terminal 2, as well as last minute shops, a concept which Dufry says will further improve its profitability.

Dufry says that the megastore is inline with the plans of GRU Airport to remodel and improve the commercial activities, and will further enhance the offer to domestic passengers with best-selling brands and a unique shopping experience.

Following the excellent success of the first Hudson convenience shop opened in Terminal 3, Dufry intends to open three additional Hudson shops, extending the reach of the convenience concept with a comprehensive range of travel essentials.

The new spaces, which are located airside and landside in Terminal 2, are expected to be opened sometime in 2016. Once they are opened, Dufry will be operating 16 duty-paid shops, totaling overall around 3,500 sq. meters of retail space in Terminals 1, 2 and 3.

For Rio de Janeiro, Dufry announced that it has extended its contract with RioGaleão at Tom Jobim International Airportto 2023 for duty free and until 2021for its duty-paid business.

The airport in Rio de Janeiro is the second largest hub in Brazil and a major getaway for Brazil and South America overall. In 2015, the airport welcomed a total of 17 million passengers, of which 4 million were international.

The new agreement between Dufry and RioGaleão extends the duty free operations from 2020 until 2023, “thus further consolidating Dufry’s presence in Brazil,” says the company.

The new agreement also adds about 7,000 sq meters of additional l space for duty free retail, expanding from the original 4,000 sq. meters to close to 11,000 square meters at RioGaleão Airport.

In addition to the extension of this important concession, Dufry also expands its general travel retail shops located at the departure and arrival areas in the remodeled Terminal 2. These shops have been designed to give a ‘sense of place’ of the city of Rio de Janeiro for passengers.

In the arrivals area, the shop has been more than tripled in size, from its original surface of over 1,300 sq meters to nearly 4,000 sq. meters. The new shop has been designed as a walk-through concept offering a substantially enlarged assortment across all categories.

Among the new shop openings, a major development is a new agreement to operate a “Destination Shop” until 2021. Located in the departure area and totaling more than 600 sq. meters, the Destination Shop features thematic concepts designed to create a Rio de Janeiro atmosphere, with a best of class look and feel of the most popular local brands. The shop presents a comprehensive offer including a wide range of premium brands, such as the beachwear Salinas, the casualwear Richards, Farm and Osklen, Brazil’s famous flip flops Havaianas as well as Nike, which will sell the Brazilian football national team T-shirts.

Under the new RioGaleão agreement, Dufry’s duty-paid operations are extended until 2021. In addition, Dufry will add nearly 1,400 sq. meters of duty-paid space, incuding a Dufry Shopping megastore that will offer customers a state-of-the art retail experience. The existing duty-paid operations, which cover around 500 sq. meters of retail space, include five Hudson shops and three “Rio2016” shops, offering a wide range of official merchandise of the Olympic Games. Combined with the new megastore, Dufry will operate more than 1,800 sq. meters of duty-paid retail space at the Rio de Janeiro airport. 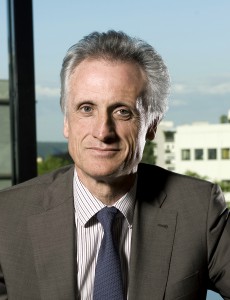 Julián Díaz, CEO of Dufry Group, commented: “We are very pleased about this new agreement with GRU Airport, who has been partnering with us since the beginning of their operations in 2012. The extension of the contracts fosters our cooperation with GRU Airport and it is a great platform to further develop the business at this important hub.

“The extension is a great opportunity for Dufry in Brazil and reinforces our position in South America showcasing the strength of our company and our deep knowledge of travel retail, the Brazilian consumers and their preferences and habits,” he adds.

“I would also like to highlight the additional retail space in duty-paid, which will allow us to open another Dufry Shopping megastore in the country. This new megastore together with the opening of the new Hudson stores as well last minute shops reinforces our strategy to roll out and further develop the duty-paid business.

“Last but not least, this agreement is also a confirmation of Dufry´s commitment with Brazil and its confidence in the potential growth of the economy.

In regards to the new agreement in Rio de Janeiro, Diaz says: “We are very proud to extend the contracts with RioGaleão and to further expand our presence at Tom Jobim International airport. With these additional spaces and the next generation of store concepts, Dufry secures its presence in the Brazilian travel retail market.The increased commercial offering and the enlarged number of brands being featured will contribute to further drive growth.

“During the last months, we have been working closely with RioGaleão, putting all our efforts together in order to successfully execute all these projects.

“The new contracts underline our confidence in Brazil, as one of the relevant markets in travel retail, where Dufry has continuously expanded its position over time in order to benefit from one of the most important geographies in terms of spend per passenger.”

Diaz concluded by thanking both RioGaleão and GRU Airport for its trust in Dufry.

“We look forward to continue developing our operations together and make the traveler’s experience in these airport even better,” he said.