Dufry’s first quarter 2022 performance showed considerable improvement and was driven by significant progress across EMEA and positive contributions from the Americas, especially the U.S. and Central America & Caribbean 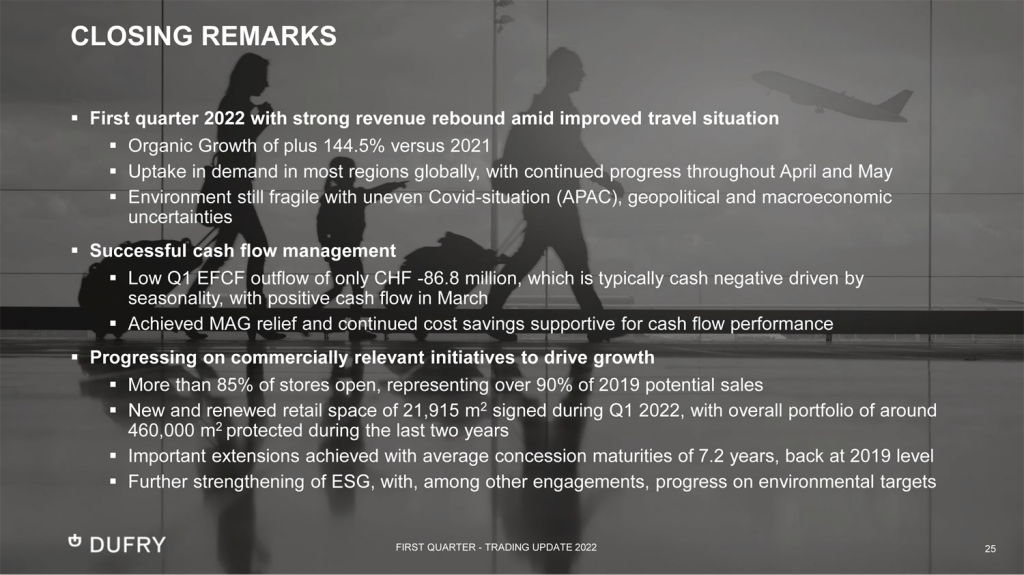 “Whilst most regions globally are experiencing an increasing sales trend, most of the APAC countries are still adhering to a zero-Covid policy. Consequently, most of the operations, which cater to international passengers, continue to be closed,” he said. 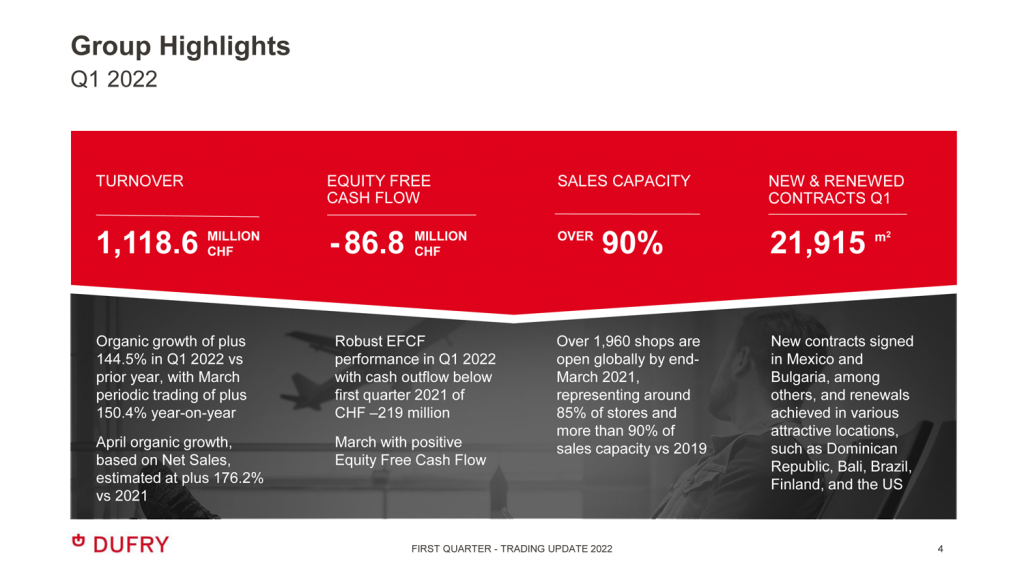 In addition, the company reports that 21,915 square meters of new and renewed retail space were signed during the first quarter.

The contracts were in “attractive touristic destinations” like Bali, Dominican Republic, California (US), Mexico and Bulgaria, among others.

Europe, Middle East and Africa: Turnover was CHF 505.9 million in Q122 versus CHF 134.5 million in the same period in 2021. Organic growth was 283.7% year-on-year. Nearly all regions contributed positively as of March in line with the easing of travel protocols.

The Americas: Turnover was CHF 545.1 million in Q1 2022 as compared to CHF 241.2 million one year earlier. Organic growth came in at 121.7% vs 2021. The region has seen a rapid rebound since February. South America also started to trend upwards, especially in Argentina, Colombia, and Ecuador.

Asia-Pacific: Turnover was CHF 22.1 million in Q1 22, versus CHF 24.3 million Q1 21. Organic growth reached -7.9% compared to 2021 as travel restrictions remain in place. Australia, Bali, Cambodia have started reopening, but other governments still adhere to a zero-Covid approach or restrictive measures. China and Macau performed the best in the region due to domestic travel.