In the first half 2015, Dufry’s risk diversification strategy allowed for a good performance, despite challenging currency fluctuations and economic scenarios in different markets. Turnover reached CHF 2,229.2 million growing by 30.5%, as a result of solid sales performance in most operations as well as the contribution of the consolidation of The Nuance Group.

Like-for-like growth was -2.9%, mainly impacted by the devaluation of emerging market currencies, in particular the Brazilian Real and the Russian Ruble.

Gross new openings contributed 2.7% based on the new refurbished and expanded duty free areas in Athens and Milan Malpensa airports. Closings, other than the discontinued operations, was -2.4%, as a result of minor closures and areas being refurbished. Changes in scope added 31.7% to the turnover growth, to which the Nuance acquisition contributed 35.5%. The translational effect from the movement of the Swiss Franc was +1.4%. 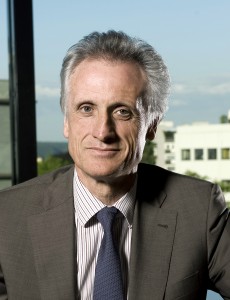 Julian Diaz, CEO of Dufry Group, commented: “The first half of 2015 was, as expected, a challenging period for Dufry due to the pronounced currency volatility in some of our markets. While in some cases we already saw improvements, such as the impact of the Ruble and the Russian consumer, the Brazilian Real continued to weaken and to impact the purchasing power of the Brazilians. The flexible cost structure with a high proportion of variable costs we have in both markets, allows us to protect our EBITDA margin, even in severe conditions as we see today. Furthermore, we already have implemented cost saving programs in the respective organizations.

We are working hard to mitigate the effects of these external factors, by both implementing initiatives to drive sales as well as to optimize efficiency and reduce costs at local level in the respective markets. We have also launched our refurbishment plan, including the 200 most important locations/shops. The refurbishment plan is focused on locations where such investments will provide highest incremental returns and it will allow to further increase the shop attractiveness for customers, thereby also contributing to a higher spend per passenger and a better conversion rate of potential customers.

The integration of Nuance is well on track, with completion expected by the end of 2015 as planned. The announced target of CHF 70 million synergies is confirmed and will be fully reflected in the 2016 full year results, while first improvements will already be seen building up in the second half of 2015. The integration process is well advanced for cost related synergies, while the process for the realization of gross margin synergies is ongoing according to plan.

As to the WDF acquisition, we worked on the closing of the WDF acquisition which is proceeding as expected. We reached many milestones such as the completion of the capital increase, raising CHF 2.2 billion of new equity, as well as receiving the anti-trust approvals in most jurisdictions. Next steps will be the completion of the acquisition of the 50.1% stake from Edizione and the sequential launch of the mandatory tender offer to WDF minorities. The acquisition has temporarily impacted our net earnings performance, since transaction costs of CHF 22.0 million have been booked in the first semester, while the consolidation is expected to occur in the third quarter.

From an industry perspective, trends continue supportive for the ongoing business development. Solid passenger growth of 6.5% in the year-on-year comparison and the expectation of further growth in the range of 4-5% for the next 10-20 years well confirm our strategic positioning and our business model with its resilient growth potential to develop the business. In 2015, the number of international passengers is expected to grow by 4.9%.

Turnover in Region America II reached CHF 261.3 million in the year to June from CHF 318.4 million in the first half of 2014. Turnover measured in Brazilian Real was flat, and the devaluation of the currency versus the US Dollar has continued to impact the purchase power of Brazilians. In the first quarter the Brazilian Real depreciated 21%, while in the second quarter it depreciated by 38%. Due to Dufry’s risk diversification strategy that was implemented in the past years, the Group’s exposure to the Brazilian market has continuously been reduced from 29% in 2011 to 11% in 2015 and will be further reduced after the acquisition of WDF.

Region United States & Canada’s turnover grew by 10.4% to CHF 498.0 million in the first half of 2015 from CHF 451.1 million in the same period in 2014. The performance in the region is accompanied by the steady growth in passenger numbers and increase in spend per passenger.