Leading travel retail company Dufry Group reports its best organic growth since 2011, with total revenue in the first nine months of 2017 up by 7.8% to CHF 6,270.5 million (approx. US$6.3 billion). Results were driven by strong organic growth, up 7.9%, across the group.

“The performance in the third quarter of 2017 makes me very optimistic. Even with a higher comparison base, the company kept the strong results,” commented Julian Diaz, CEO of Dufry Group.

Gross profit margin expanded by 100 basis points to 59.4% in the period, said the company. EBITDA grew by 8.5% and reached CHF 743.6 million. Free cash flow generation in the third quarter was very strong with CHF 337.1 million.

Dufry says that most markets performed well and the summer season was strong, especially in its Mediterranean operations, led by Turkey. 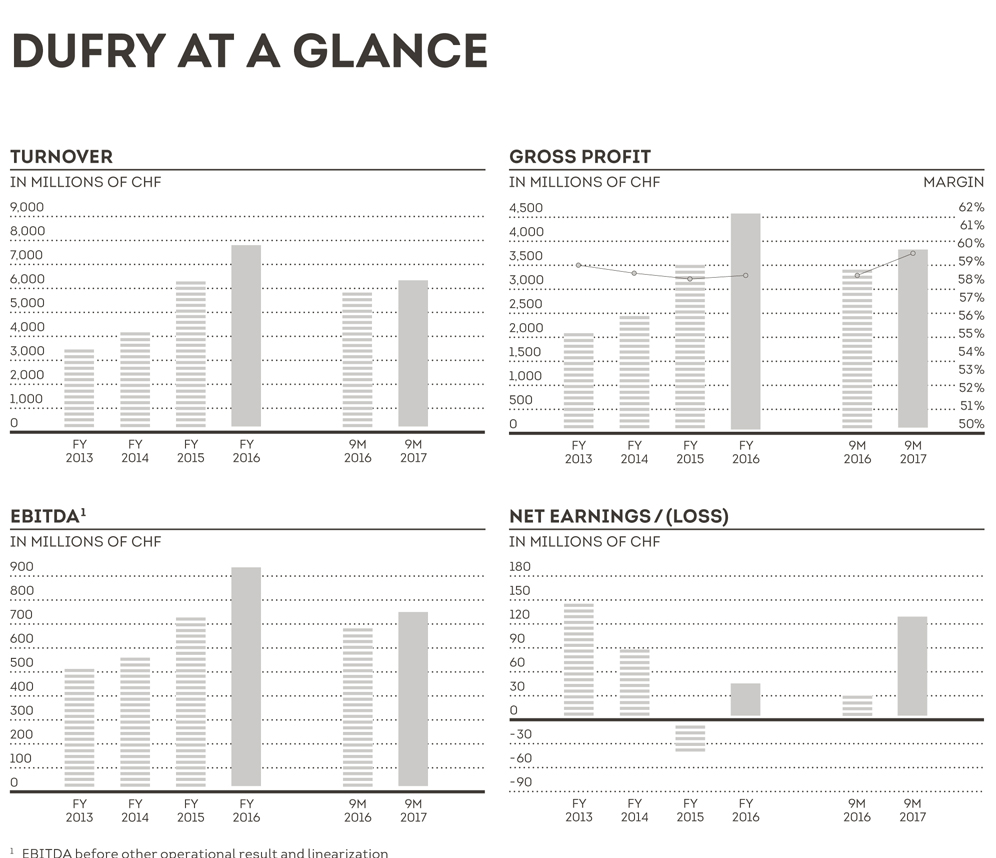 Diaz went on to say: “Despite the annualization of the positive Brexit impact, a very good summer season in Europe, together with strong performance in Latin America and growth acceleration in Asia, contributed to the robust organic growth.

“Travel retail is constantly evolving and we currently see considerable changes in customer profiles and in shopping behavior of our customers with an increasing propensity to use digital technology. Moreover, customers are more and more attracted by unique and individualized experiences. These are only a few reasons on why Dufry has engaged in and is deploying its digital strategy to attract more customers into the shops and increase sales per passenger.”

Diaz reports that a key element of Dufry’s digital strategy involved opening its first two New Genera-tion Stores in Melbourne and Madrid. These stores provide a unique experience, including the digitaliza-tion of the employees in order to better serve the cus-tomer, and allows the company to adapt messaging, offers and promotions to the different traveler profiles present at the airport.

Dufry also expanded its Reserve & Collect loca-tions, where customers can order online before traveling and collect at the airport. Dufry expanded as well its RED by Dufry customer loyalty program, which among other benefits allows it to send indi-vidualized offers to the customer.

Diaz reports that Dufry opened over 20,500 sqm of new space and refurbished over 23,000 sqm in the year to September, including refurbishing its Intra-Schengen operations at the Athens International Airport in Greece and its business in Morocco.

Among the new openings are 18 convenience shops in China and a duty free casino shop in Macau; several domestic and international airport shops in Rio de Janeiro and in the US, where Dufry opened in hotels in Las Vegas and Tulsa airport.

In addition, the company launched a new Dufry Cruise Services center based in Miami and entered the Asian cruise market with nine shops spanning over 1,950 sqm on the Norwegian Joy.

Dufry’s Board of Directors continues to assess the possibility of an initial public offering of its North American business, said Diaz. “The IPO would create significant flexibility to capitalize on trends specific to the North American travel retail market, such as on the trends in food and beverage or master operators. A final decision on the IPO has yet not been made,” said Diaz. 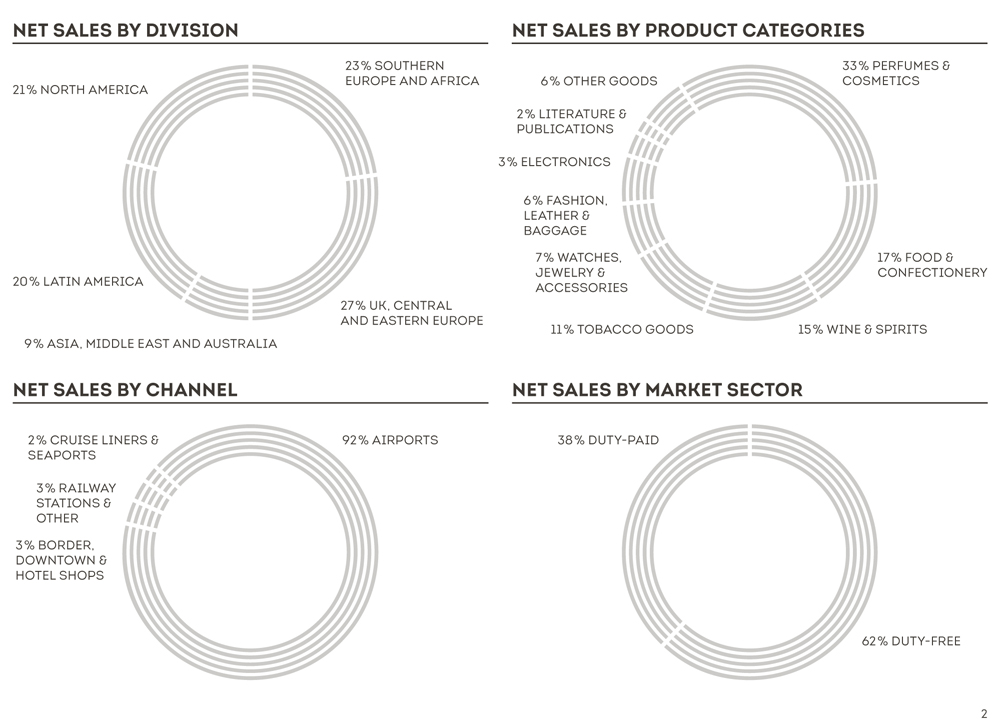 Latin America:  Turnover grew by 13.0% to CHF 1,262.0 million in the first nine months of 2017; with organic growth up 12.7% (up 13.2% in 3Q). Brazil, Uruguay, Chile, Peru and Dominican Republic all performed very well. Dufry Cruise services also posted strong growth as operations began on a number of new ships.

North America:  Turnover grew to CHF 1,327.3 million in the first nine months from CHF 1,245.2 million in the same period 2016. Organic growth reached 6.0%, supported by the resilient duty-paid business and a good performance of the duty free operations.

UK, Central and Eastern Europe: The nine month turnover grew to CHF 1,604.8 million YOY to September, with organic growth of 8.4%. The UK performed very well in 3Q, up, 5.9% despite the higher comparison base due to the annualization of the positive impact seen by the devaluation of the British Pound in June 2016. Russia, Eastern Europe, and Finland also performed well.

Turnover reached CHF 574. million in the first nine months of 2017 from CHF 569.4 million in the same period last year, with organic growth of 0.5%. Organic growth accelerated in the 3Q to 4.4%. In the Middle East, Sharjah, Kuwait and Jordan were positive.

Diaz says that the positive market conditions seen so far in the year persist in the beginning of the fourth quarter, although he points out that the next quarters will reflect an increasingly higher comparison base.

“We remain committed to our strategy of profitable growth and the results seen thus far in 2017 are evidence that we are heading in the right direction,” he stated.