Nicolas Dobry spoke at length with TMI’s Lois Pasternak about the latest evolution of his fast growing company, Duty Free Dynamics, and how he sees bringing non-core categories will deliver much needed opportunity, value and excitement to the travel retail channel.

Duty Free Dynamics (DFD) began operating in the travel retail channel in 2015, distributing Guess watches in Latin America and the Caribbean, establishing Guess as a leader in the fashion watch category in the channel. Following this achievement, DFD added more brands to the watch portfolio to cover all segments from entry level Timex to luxury Oris and Frederique Constant.

But DFD founder Nicolas Dobry envisioned a broader path forward for the company, one that focused on what he calls “non-core”– products outside of the main beauty, liquor and confectionery categories.  By the time Cannes came around in 2019, the company had expanded into footwear, apparel, outwear and travel gear, handbags & small leather goods, writing & arts, toys, and electronics, in addition to its high and mid-range fashion watches; and now has added some wellness products to the mix.

Looking to provide added value to both his brand partners and the retailers with whom they work, Dobry also realized that DFD needed to take a more hands-on approach to help the brands get closer to the final consumer. To this end the company developed a model to develop a range of retail concepts, from full mono-brand stores to premium shop-in-shops, and pre-COVID had begun opening some interesting concepts in airports, border shops and cruise ships. 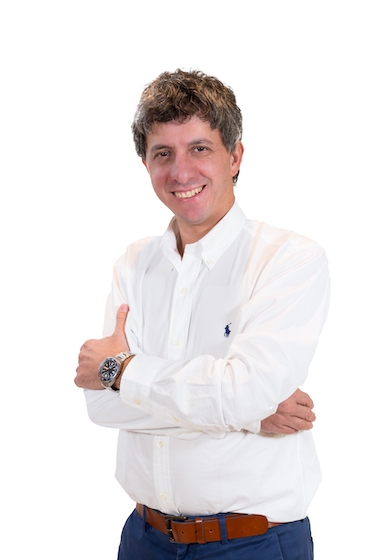 Dobry has now unveiled a new plan that focuses on further developing these non-core category retail concepts and expanding them into the global travel retail marketplace, first within its current home market (The Americas), followed by EMEA (starting this year) and to complement its globalization process with its landing in APAC (its planned for beginning of 2023).

“Expanding Duty Free Dynamics to EMEA and APAC has been part of the plans since the very beginning. When we started DFD back in 2015 we knew we were going to begin at one level but in order to move forward we knew we would need to upgrade, to gradually globalize our reach,” Dobry tells TMI.

Saying that he saw a gap in the market for a company providing added value service in the travel retail industry, and opportunity in the non-core categories, Dobry knew that nevertheless he had to develop the business step by step, and learn what he could along the way.

“This is where we envisioned the opportunity to be, but we needed to start somewhere and began with developing Guess watches throughout Latin America and the Caribbean. But our game plan was to expand into many other categories within these non-core products. We started in Latam and the Caribbean, and went through the learning curve for one or two years, and then expanded to North America. We knew it was necessary to begin with a conservative approach with a streamlined focus. But this business is called WTR – World Travel Retail – and there is a reason for the “W”, right?”

Dobry argues that there are three reasons why his global view is critical for future growth.

“So from the beginning, we knew that somewhere along the line we would need to globalize,” stressed Dobry.

Even when operating as a distributor under “the old-fashioned wholesale model,” Dobry realized that his brand and manufacturer partners wanted to be closer to the end consumer, and needed the most accurate, fast, reliable and efficient information, “big data,” in order to do so.

“To reach the end consumer directly gives you a lot of leverage. We live in a very competitive world, and the ability to be closer to the consumer can give you huge leverage,” explained Dobry.

“But in most cases non-core brands, especially, do not have a department dedicated to or proficient in travel retail. They need an expert like DFD that wants to partner with them and is able to deploy them in this channel,” he continues.

Although starting as a distributor—which still makes up the majority of its business — Dobry knew that at some point DFD would transition from selling goods and change from being a “wholesale distributor of products to become a developer of brand concepts.”

This is the direction in which Duty Free Dynamics is heading, he notes. DFD’s new Master Plan has two main focuses: its new approach to the trade channel and its gradual globalization process.

The company will be focusing on brands within its existing portfolio that Dobry believes can be self-sustainable under a brand concept shop, he says.

“We started discussing this idea a few years ago with some of our brands and are now in the final stages of our agreements. We are also in talks with brands not currently in the portfolio. Our focus will be in developing mono brand retail concepts throughout the world in the travel retail channel. We already started this new approach in the Americas.”

Internally, Dobry calls these brands which have the potential to support a branded boutique the “F Model,” for “Focus.”

“This year we will gradually enter the EMEA market. For this purpose we have opened our new global / commercial HQ in Barcelona, Spain, and in 2023, we plan to start in APAC. We are planning to open an office in Hong Kong towards the end of this year.”

The retail side of DFD’s business model calls for local partnerships, says Dobry.

“While we are focusing on brands that could be self-sustainable in their own mono-brand retail outlet, we are partnering with our solid network of global and regional operators or local investors, depending on the strategy that we envision for each market or sub-region, with the aim to use their proven expertise.  We bring the the content (the brands, the operational manuals, and our experience in developing sustainable economic models within the world of non-core categories). They bring their operations knowledge and expertise, and together we develop these business concepts.”

The partnerships can take a variety of forms, says Dobry; it could either be a joint venture or a model where each party contributes with their best values.

“Selling apparel or footwear, for example, demands extensive knowledge of sizes and inventory management, which due to limited space in an airport store location entails quick replenishment. We have that operational infrastructure in place.”

“In order to stay competitive today, you need to make an airport more like a shopping mall and for that the industry needs to broaden its product offering. In order to properly diversify, you need to develop the non-core categories and make them become a substantial part of your business,” he says, adding “demand for the core categories is mostly saturated. There is very little room for growth.”

DFD has been in discussions with some partners to expand its coverage into EMEA region for more than a year, but Dobry says that the pandemic and current situation in Eastern Europe may slow down the progress but not alter his plans to globalize: “We are going ahead with the expansion, but it is more like a soft landing now instead of the final approach,” he quipped.

Dobry said DFD will announce the new brands and locations where it will be working before the end of this year, but revealed that DFD already has three major brands that meet its “F” (Focus) model within the existing portfolio: Champion, New Era and Anne Klein. 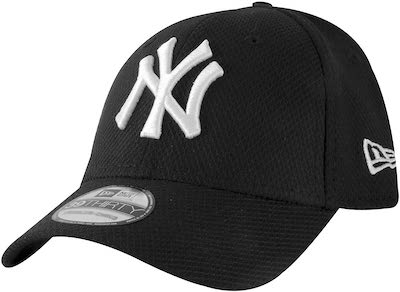 “Champion is probably one of the hottest sports/apparel brands with a global appeal. The same with New Era, whose caps and hoodies are exploding. For New Era, the requirements are minimal: a small shop of 250-300 feet, thus allowing to achieve a substantial return per square feet. This format has already been tested both domestically, and within an interesting number of duty-free locations opened worldwide, with phenomenal results.”

“We are also developing the F (Focus) model with Anne Klein. We started with Anne Klein watches around two years ago, then incorporated handbags and small leather goods, working directly with the Anne Klein brand owner (Steve Madden), with whom we are jointly creating a new visual merchandising format for concept shops, and shop-in-shops that will carry Anne Klein accessories, namely handbags and small leather goods, as well as the watches. We will be adding on new licenses in categories like sunglasses, and maybe footwear in the future. We are jointly using the travel retail channel as a proof of concept.”

At the same time, Duty Free Dynamics will continue to develop the distribution-based model it is currently using, which is still the biggest part of the business. But within the next 3-5 years Dobry sees the “Focus” model gradually becoming the main part of DFD´s business.

“We had a clear vision of where we were in 2015 and where we wanted to go. Despite all the obstacles during the past few years, we are consistent to that vision. We are still on the path,” concludes Dobry.

“We received lots of proposals with different opportunities, but we thought they would have distorted our focus. We are sticking to our initial target of where we saw ourselves going from 2015 to 10 years ahead. It might take us a little longer to reach our original 2025 target, but regardless of the challenges of the past few years, we are still going the same way.”