Juan Carlos Alexander says that LAS has added several tequila brands from Casa Maestri into its product distribution, which it will represent in Duty Free/Travel Retail throughout the Western Hemisphere and Dufry Worldwide.

The family-owned Jalisco, Mexico-based Casa Maestri produces nearly 20 brands in total, and claims that it is the most awarded tequila distillery in Mexico.

“Casa Maestri is one of the best tequila producers in Mexico. LAS Worldwide will be focusing on about 5-6 of the highly awarded top-end tequilas that have the most cache and giftability,” Alexander tells TMI. 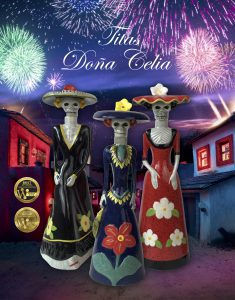 LAS will initially be distributing four key brands of Casa Maestri. One highlight is the Chaquira-Reserva De El Jaguar, presented in a bottle that is hand beaded. Another, Caballa Azul, comes in a beautiful deep blue horse shaped clay decanter complete with a miniature saddle and stirrups crafted from real leather. A version of the Caballo Azul bottle is also sold hand beaded. The Casa Maestri Reserva de MFM Tequila is a limited edition tequila bottled in a blue ceramic decanter with sandblasted logo.  The Don Celia Tequila range is presented in bottles that represent the famous Mexican Catrina, a key figure in Mexican folklore that is usually seen during the Dia de los Muertos festivals (left).

Alexander says that the Casa Maestri tequilas are already present in airport stores in Mexico and a few stores in the Caribbean, and that he believes they will have a unique opportunity onboard cruise ships. The company is working with bonded warehouses in Miami, and will handle logistics and ship product from Miami.

“The Casa Maestri tequilas are selling very well wherever they have been listed and we expect sales to grow significantly, especially in the Mexican airport market.  These items are very unique, high-end, and the tequila is very good quality. This brand creates an overall experience from taste to bottle, and afterward it is a precious keepsake.”

The main focus of the company when it started up in 2017 was electronic brands in travel retail.

LAS represents four main brands, each of which holds a unique niche in the marketplace. They do not compete against one another.

“Our core brands act almost as a support system for each other: SKross specializes in adaptors, chargers and power banks; Sennheiser is headphones; and in South America, Brazil, Argentina and Uruguay we have dgi, the #1 producer of camera drones. LAS also distributes Garmin watches in Brazil, primarily to Dufry.  Covering a retail price range from $299 to $1,800, these Garmin watches include GPS sport watches, smart-watches, and fitness trackers,” he says.

LAS specializes in the airport, border store and cruise sector and sees a unique opportunity with the cruise channel for increasing sales of these electronics.

“We have had a very good success, especially with Carnival Cruise Lines. When we started LAS we launched a full store concept on 12 Carnival ships. We were able to use all our past experience with the airport stores and bring it to Carnival. We created a ‘Best Buy’ type shop where you could try on head phones and other products. This was something Carnival had not had in the past. We launched the concept two years ago with Carnival and we are now in discussions with other cruise lines for a similar program.” 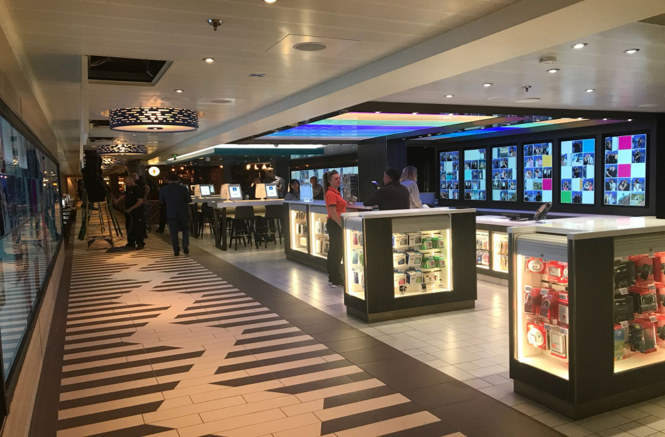 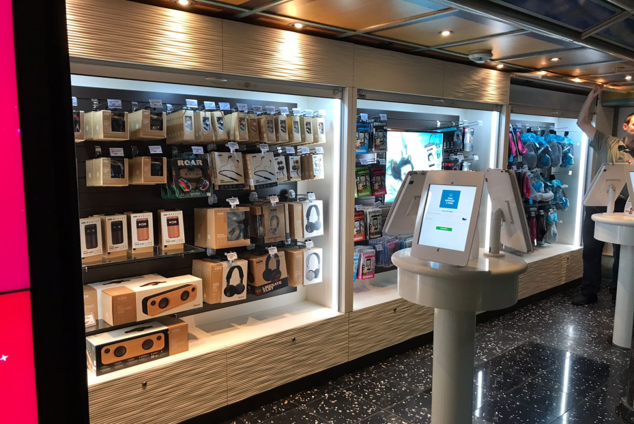 One key to the success of the program is that it uses space that may not have been productive before and LAS not only provides the products but helps its clients with the development of floor plans that best fit their needs.

“Every ship has a different layout and shipboard space is very limited – especially on existing ships not undergoing renovations. So we create a unique layout using the ship floorplan, and identify areas that are currently not being used that we can convert into selling space for our electronics,” says Alexander.