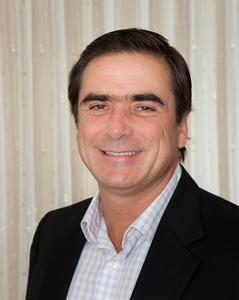 Enrique Urioste, one of the Americas most recognized and respected travel retail operators, is joining travel retail giant Dufry as Cluster General manager for South America (excluding Brazil). He assumes the new role as of January 1, 2020. Urioste will replace Oscar Garcia Pedrosa, who will retire in mid-2020.

From his initial introduction as the first Secretary General of South American duty free association ASUTIL in the late 1990s, to his current position as CEO of Uruguayan travel retailer Neutral Duty Free, Urioste has played a major role in shaping the duty free business throughout the Americas.

A lawyer by training, Urioste first became active in the industry when he helped establish ASUTIL. Between 2000 and 2002, he was CEO of Argentinian travel retailer Interbaires’ logistics and distribution arm, I.O.S.C. , becoming CEO of Interbaires in 2002 until 2007. Interbaires, which was acquired by Dufry in 2011, was one of the largest duty free retailers in South America; and under Urioste’s leadership sales increased by almost 4 times.

He then became President of Duty Free Americas’ Airport Division, until 2011, when he joined Neutral.

“We are very happy to have appointed Enrique Urioste as the Cluster General Manager South America. Enrique is one of the most respected travel retail executives and knows the markets in South America inside out,” Dufry Central & South America Divisional Chief Executive Officer René Riedi tells TMI.

“He will replace Oscar Garcia Pedrosa who retires in mid 2020. Oscar Garcia Pedrosa has delivered outstanding services throughout his professional career and it has been a great pleasure and an extremely valuable experience for me to work with Oscar. I wish both, Enrique and Oscar, the very best in their future roles.”