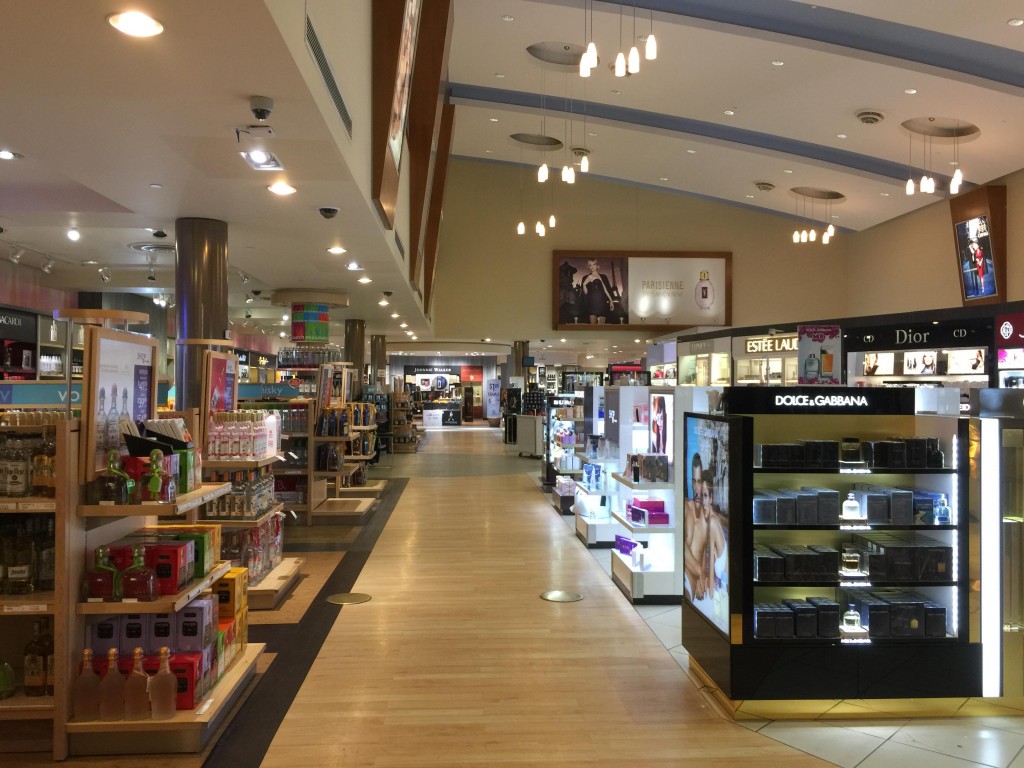 Blue Water Bridge Duty Free has helped set the standard for the Canadian land border duty free business for three decades. This summer the award-winning operator completed a major expansion so that it could devote more space to its best- selling categories.

The 10,000 plus sqf store located at the end of Highway 402 at the Sarnia Crossing to Port Huron, Michigan is now “significantly larger” than it was before, says Peter Brain, Blue Water Special Projects Manager.

“Our warehouse space was very small for a store of our size, and afforded insufficient opportunity to buy in bulk to achieve price savings, or to acquire goods from China and elsewhere directly if opportunities arise. We also wanted more retail square footage to allow adequate space for more appealing branded displays, and to rebuild some ‘non-core’ (i.e. not liquor, tobacco or cosmetics) product lines that would broaden the overall store appeal. This includes products that will appeal to core duty free overnight travelers, as well as non-traditional day-trippers that comprise 2/3 of our total drive-by traffic.

“One part of the plan is to have a marketplace of affordable products that changes frequently, to keep our offering of impulse items interesting to travelers who cross the border more frequently,” says Brain.

“We have listed watches from Swatch, Citizen, Michael Kors, Fossil, Bulova and Breo so far and the sales have been quite healthy. Sunglasses have seen the addition of Maui Jim, Guess and Harley Davidson, to name a few,” she says.

The expansion began in the beginning of last year and took longer than anticipated due to the harsh winter, but was completed in August.

“[The expansion] has allowed us to greatly increase our beer section installing new refrigerated units and devoting more area for craft beers that are the fastest growing segment of the beer market. We now have adequate space to cross-merchandise complementary products appealing to the beer drinker and expanded our Ontario Wines section with personalized wall space for some key wineries.

“We also have new and consolidated space to build-out our jewelry and accessories area with new watch and jewelry brands, sunglasses and fashions; and expanded our cosmetics department to accommodate new areas such as hair care. We also added a greatly enhanced tasting station in our liquor section. In general the expansion provided more floor space that gives breathing space between displays to make the store more warm and inviting,” says Brain.

The expanded store reflects Blue Water’s strategy of leading with its master brands that offer compelling savings and can sell in large volumes.

“This year we have focused on rebuilding Stolichnaya as our leading vodka brand due to the favorable pricing and savings versus other brands such as Absolut. Most Diageo brands are performing well due to their attention to our market place needs in terms of pricing and promotions,” says Brain.

“We are aiming to introduce our customers in at a mid-priced level and up-sell them by price and volume. Johnnie Walker Black is up over 30% as this was one of our high profile promotions throughout the summer,” adds Lee. With the expansion now complete, sales in September rose by double digits with healthy gains from liquor and incremental sales from the luxury area and the marketplace, says Lee.

The exchange rate is another element influencing shopper behavior.

To date, while there is some concern that Canadian traffic will contract due to an unfavorable exchange rate, the U.S. customer base has more than compensated for any declines, says Brain.

“It remains to be seen what will happen over the winter months, but the strength of the U.S. dollar is an opportunity, and American customers typically spend more on average than their Canadian counterparts. There will be a lag time in the build-up of American traffic for a portion of the market, due to pre-booked travel plans and travel habits developed over the last few years (e.g. staycations in Michigan and New York have become common),” he explains.

“We are spending considerable time and resources to educate suppliers on the needs and realities of the land border market, which is characterized by substantial shopping alternatives in the U.S. in close proximity to the border, and consumers who are very knowledgeable about U.S. pricing and competitor options,” says Brain. “Due to significant changes in management structure and personnel at major suppliers, there is a danger that global pricing models could negatively affect our market by eroding the savings offered in our stores. Our Deloitte consumer research clearly showed that ‘Savings is the single most important factor in choosing to shop duty free.’ We offer the suppliers a very sophisticated and stable retail market and showcase for their products, but consumers could migrate to other less beneficial channels if savings levels are allowed to decrease precipitously.”

Adds Lee: “The digital world has resulted in the dissemination of information in a fluid and rapid manner; we must offer a real duty free price advantage over the domestic markets for duty free to remain viable and relevant in today’s world. We devote a significant amount of time to price comparisons over all retail segments to make sure we remain true to our duty free pillars and most importantly, to our customers’ expectations. Duty free is not a one-stop shopping center, so we must make sure we offer savings and an upscale, contemporary environment to appeal to the consumer.” 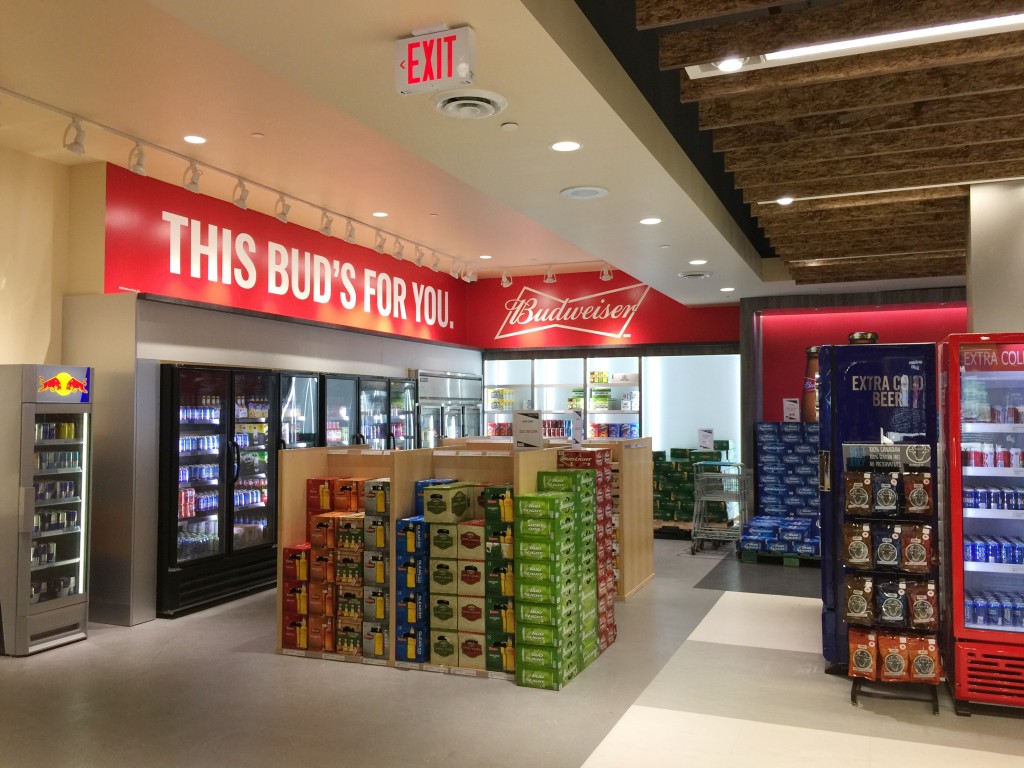 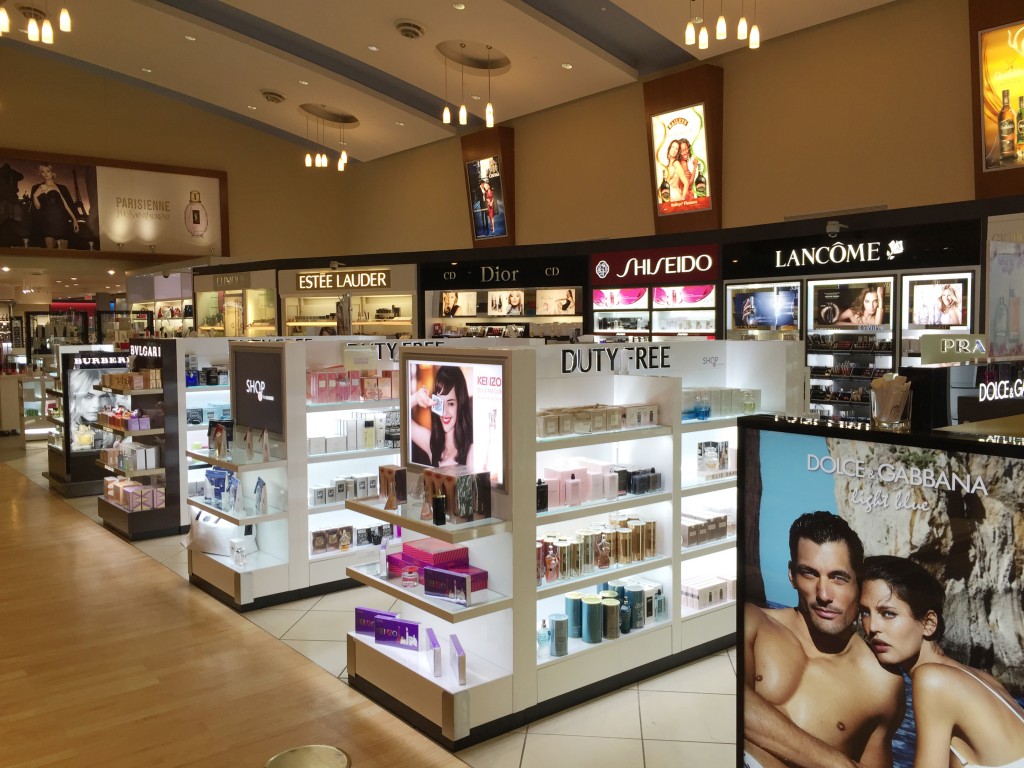 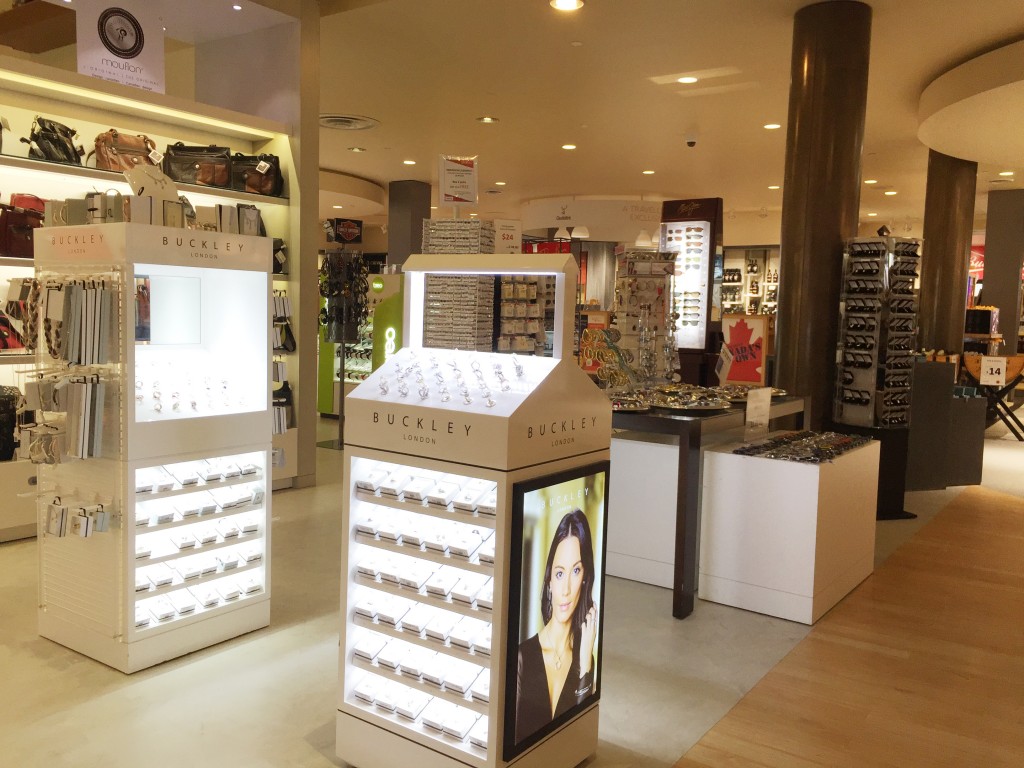 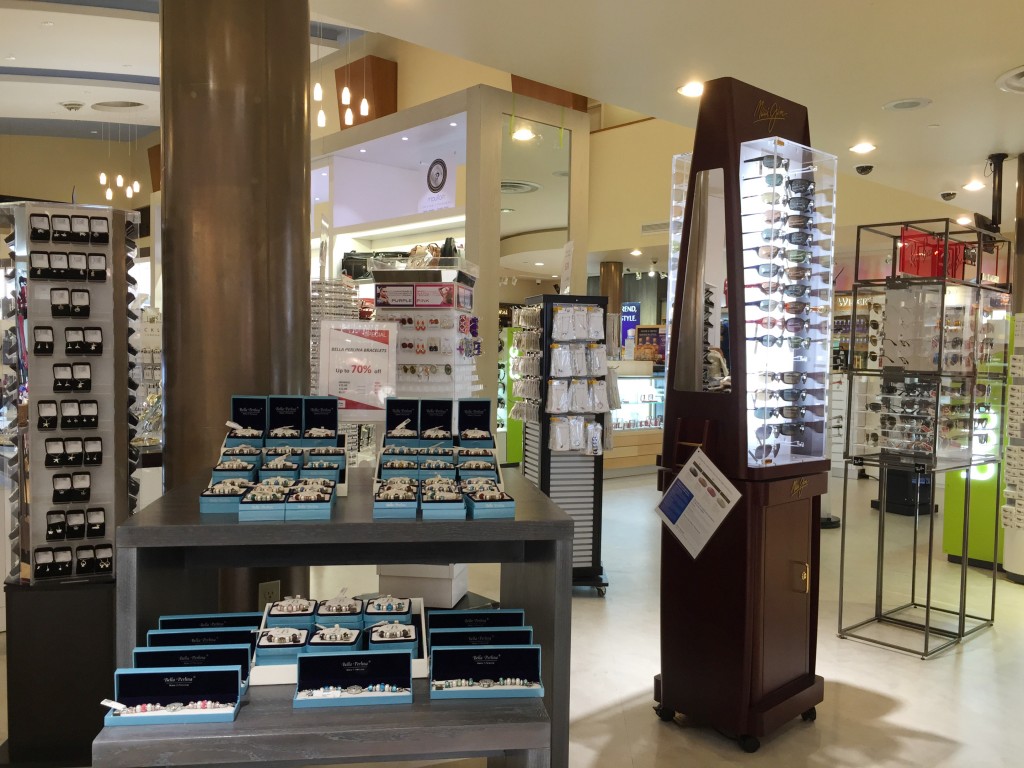 The Blue Water expansion has allowed the store to allocate more space to beer, fragrance and cosmetics, as well as jewelry and sunglasses.