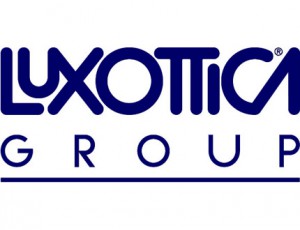 Two of the largest eyewear companies in the world have announced that they are merging, which will create a “global integrated player” of major proportions.

Italy-based Luxottica and France’s Essilor announced the deal—worth approximately $16 billion according to published reports — on Monday.

Essilor International today reported that it had reached a share exchange with Delfin, Luxottica’s main shareholder, to create a combined eyewear giant that will make both frames and lenses and operate across all segments of the eyewear industry.

According to the Wall Street Journal, citing Euromonitor, the combined companies would have about 27% of the market

Together, Luxottica and Essilor report they would have more than 140,000 employees and sales in more than 150 countries. Based on the companies’ 2015 results, the new company would have posted combined net revenues of more than €15 billion and combined net EBITDA of approximately €3.5 billion.

The transaction would entail a strategic combination of Essilor’s and Luxottica’s businesses. It calls for Delfin to contribute its entire stake in Luxottica (approx. 62%) to Essilor in return for newly-issued Essilor shares to be approved by the Essilor shareholders. The exchange ratio would be 0.461 Essilor shares for 1 Luxottica share.

Essilor would then make a mandatory public exchange offer, in accordance with Italian Law, to acquire all of the remaining and outstanding shares of Luxottica at the same Exchange Ratio. After-wards, the Luxottica shares would be delisted.

Essilor would become a holding company with the new name “EssilorLuxottica.” All of its operating activities will funnel into a wholly-owned company, to be called Essilor International, and include the contribution by Delfin of its Luxottica shares.

The transaction is subject to Essilor’s Works Councils’ information and consultation procedure according to French law, and is expected to close in H2 2017.

Leonardo Del Vecchio and Hubert Sagnières would also keep their positions of Executive Chairman of Luxottica and Chairman and CEO of Essilor International, respectively.

An integration committee would be implemented to ensure smooth and successful integration of the two companies.