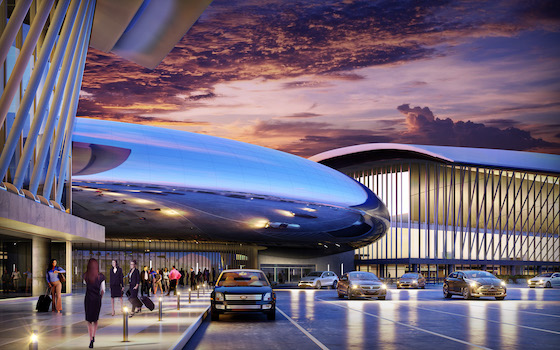 Rendering of the new 45,000 sqm terminal at Buenos Aires Ezeiza Airport, which will change the face of commercial aviation in Argentina.

Aeropuertos Argentinos 2000 (AA2000) will inaugurate its new unified passenger departures terminal at Buenos Aires Ezeiza Airport just as the 2019 Cannes event gets underway. The 45,000 sqm terminal at the country’s main international gateway will change the face of commercial aviation in Argentina, and paves the way for Ezeiza to become the most technologically advanced airport in Latin America. John Gallagher talks to Ezeiza CEO Daniel Ketchibachian about the innovations and future development plans.

“The project is the most important infrastructure project carried out by AA2000 since the company was created in 1998. The total investment will be over US$200 million, and has taken 24 months, but as we put the finishing touches to the terminal, all of us here at AA2000 think it has been worth the effort. We are confident that our airport users will feel the same way.”

Ketchibachian lists a range of new services designed to improve the traveler experience at Ezeiza: from the latest self-check in facilities to curbside baggage drop off, new baggage and automatic baggage retrieval facilities, new parking areas including a 4-story parking building connected by tunnel to the terminal, special areas for long term stays, a cell phone lot for people picking up passengers, and modern security checks to speed up the security lines. 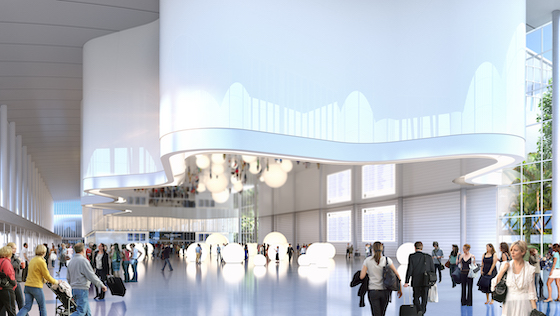 The modern new terminal at Ezeiza will incorporate the latest technology in a wide range of services designed to improve the travel experience.

“We will incorporate the latest technology in all these services that will make the travelers life a little less stressful. But it is inside the terminal that the passenger will find most impressive.”

Argentine President Mauricio Macri officially inaugurated the facilities on September 30, and the terminal will begin operations from day one. Airlines will move into the new terminal through a phased operation over a 5-6 month period, starting with Aerolineas Argentinas, says Ketchibachian.

“The rest of the SkyTeam members who currently operate from Terminal C will move over almost immediately, after the Terminal is officially opened. After that we will bring in other airlines currently operating in Terminal A on a staged basis,” he explains.

Once all the SkyTeam members have moved into the new unified passenger terminal, Terminal C will be demolished and work will begin on the new commercial zone of the Terminal, which will be located in the Connector building between the Passenger Terminal and the boarding gates.

More and more services in the new terminal will be located airside, says Ketchibachian.

“Following the inauguration, passengers will check in on the ground floor, then go upstairs to pass through security and border controls – this is the part of the building that resembles a Zeppelin and is where the new terminal connects at the departures gates within the current terminal A. In this part of the terminal we will have foreign exchange services, a pharmacy, and a 100 sqm Gate 7/24, the new retail fascia controlled by ShopGallery.

“Passengers will see quite a number of changes in the new Terminal although the big commercial revolution at Ezeiza will come when the Connector building is finished at the end of 2021,” he says. 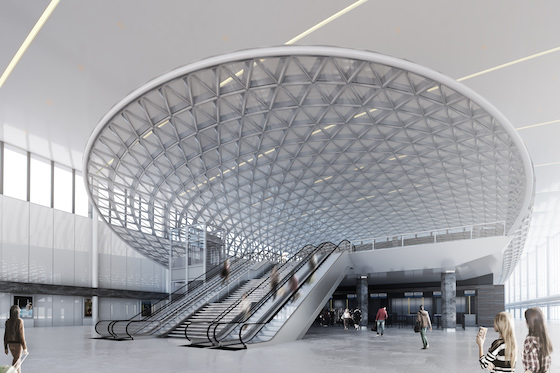 The “Zeppelin-like” area in AA2000’s new unified departures terminal at Buenos Aires Ezeiza Airport that connects to the departure gates within current Terminal A.

Ezeiza’s Food & Beverage scene has also undergone substantial development, with the addition of new restaurants from Le Pain Quotidien, Fausto’s Wine Bar and a renovated McDonald’s. The area adjacent to the departure gates will have a Quilmes Sports bar and la Birreria, a craft beer bar with a new Burger King and Starbucks scheduled to open.

Most surprising, Ezeiza will see the opening of the first Outback Restaurant in Argentina.

“It may seem strange for us to choose to open an Australian themed [steakhouse] dining option in Ezeiza but we feel it will be a hit with Brazilian travelers who are the biggest international users of the airport. Outback has almost 100 restaurants in Brazil and over 30% of its total turnover comes from there. At 500 sqm, Outback will be the biggest restaurant in the airport; plus, we will have another smaller version with a reduced menu located closer to the departure gates.”

Duty free, which is run by Dufry, remains central to the retail offer at Ezeiza, stresses Ketchibachian.

“Dufry completed the renovation of their Flagship Store 22 in March, and the New Generation store now features the same style as the company’s other big airports in Latin America. The new Thinking Argentina section offers a selection of local products to give it an Argentine flavor. The new Terminal building will have an additional 1200 sqm duty free shop to take advantage of some of the new passenger flows. There will be even bigger developments when the Connector building is completed but it is a little early to give exact details at the moment.”

Despite all the new changes at Ezeiza, travelers need not worry about getting lost if they use the new Ezeiza app, concludes Ketchibachian. “Passengers will be able to plan their route to their gate via a new airport application for cell phones that will advise them how long it will take to get to their gates and the best route to get there. Passengers can also elect to look at shopping and dining options on the way there.”