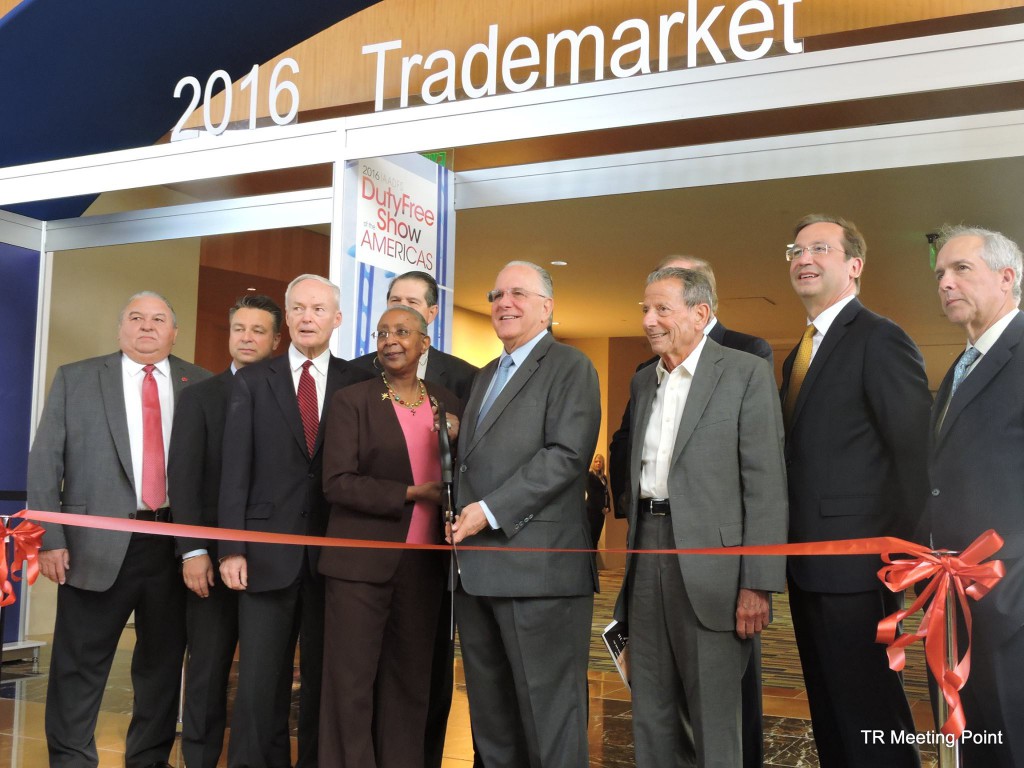 One week ago, IAADFS President Alberto “Pancho” Motta Jr presided over the official ribbon-cutting opening the 48th Duty Free Show of the Americas, shown here with members of the association’s Board of Directors and ACI Director General Angela Gittens, who spoke at the morning education session at the Show. Photo by John Gallagher.

It is with profound sadness and immense shock that we confirm the news that Alberto “Pancho” Motta, Jr., Director of Motta Internacional, passed away this morning at his home in Panama.

Many of us in the industry spent the last week with Pancho in Orlando at the Duty Free Show of the Americas. Pancho, who has been president of show organizer the International Association of Airport Duty Free stores for more than a decade, looked well and seemed to be in high spirits.

The funeral will be held in Panama City, Panama on Tuesday April 12, at St. Luke’s Episcopal Cathedral at 11 am.

“We have lost such a great man and friend to many,” commented Rebeca Marmol, echoing the sentiment of the industry. The Marmol family has long been close, personal friends of the Motta family.

“We have lost an exceptional man,” said Jean-Michel Juin, of Nestlé. 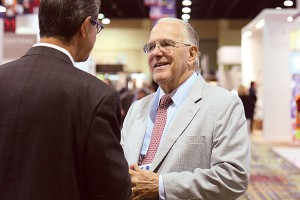 Pancho Motta spent the last week meeting with industry members at the annual Duty Free Show of the Americas in Orlando, and appeared to be in good spirits and positive about the future.
Photo by the IAADFS.

“Pancho was a revered and respected figure in both the travel retail industry and the wider Panamanian business community,” commented my colleagues at the MoodieDavitt Report.

Alberto “Pancho” Motta was son of founder Alberto Motta Sr. As the pioneer duty free company in the Americas, Motta Internacional holds a special position in the development of the industry. From its humble beginnings back in 1949 when the original Motta & Motta opened the first duty free store in the hemisphere in Panama, today Motta Internacional and its affiliated companies encompass over 2,000 employees in 16 countries with related businesses and investments in insurance, real estate, banking and Copa Airlines.

In an in-depth interview with TMI last May in Panama, in an office filled with family photos, Pancho said that he saw the company’s success over the past six –plus decades as the result of the way the company approaches the business:

“My first concern is always our employees. If they do well, our business will run well. Then obviously, comes our clients,” he said.

A true gentleman in every sense, Pancho maintained a clear and realistic vision of the industry his company helped create:

“I hope that when people think of Motta Internacional they see it as a well-run company, that it is run honestly, and that it is run so that all three parties can make money: the supplier, us and our clients. If one of the three doesn’t make money, the chain stops.”

Motta Internacional CEO Erasmo Orillac, on behalf of the company and the family, has issued the following statement:
“It is with our deepest sorrow we regret to inform you of the passing of Alberto “Pancho” Motta Jr. Pancho passed away suddenly in Panama City, Panama, today at the age of 69.
We are sad not only for this event, but to the fact that we have lost a great individual who helped forge the Motta Group to achieve new heights and become the success it is today.
Pancho is survived by his wife Loraine and his three children, Alberto “Tito”, Giuliana and Georgette.
The funeral will be held tomorrow, Tuesday April 12th, at St. Luke’s Episcopal Cathedral at 11am.
Pancho will be truly missed by all who had the pleasure of knowing him.
The offices of Motta Internacional S.A. will be closed on Tuesday and will reopen on Wednesday to continue to carry on Pancho’s legacy.”

In addition to the Motta Internacional duty free stores, Motta also runs a number of distribution companies in Central and South America, delivering product to its own and non-owned stores. Its Carisam division in Miami distributes to cruise ships. It operates a number of branded boutiques in the domestic markets as well, for brands such as Cartier, Ferragamo, Tiempo (watches), Tory Burch, and Coach, and has a significant electronics business.

TMI and the Pasternak family add our deepest condolences to those in the industry, to his wife Loraine and her children and grandchildren, and to all who knew and loved Pancho. May he Rest in Peace.