According to FDFA vice president Tania Lee, one of the owners of the award winning Blue Water Bridge Duty Free Shop in Ontario, Canada, the new format of the Canadian Association’s annual convention will focus on newness and innovation, and will tap into their suppliers’ expertise to deliver these objectives.

Lee says that a great deal of research went into reaching this conclusion.

“We understand that without a convention, our association cannot work together. But when we looked at our convention, we saw that over the years we had become complacent, apathetic and that the event did not have the excitement that it had had in the past.

“We concluded that we were trying to do too many things at one time. We wanted speak to our suppliers about newness, we wanted to talk to them about our day to day activities, about promotions, networking, but at the end of the day we couldn‘t get it all done. We had one hour meetings. How can you do all this in a one hour meeting?

Lee tells TMI that the FDFA members left the meetings feeling they did not have value.

“We asked ourselves: did we get any growth ideas from this convention to take home to our business? And if not, why are we here?  It costs money and time. And we think the suppliers are asking themselves the same questions. They spend a lot of time, money and effort to attend,” she said. 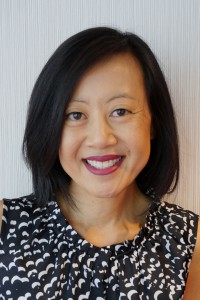 Lee’s convention committee embarked on a major study, spending the past year surveying all of the FDFA’s suppliers and operators, speaking with them by phone, meeting with them in person. And as a result we came up with these key findings:

“Our industry is consolidating. Look at a company like Dufry. It controls 10% of the duty free market and 24% of the airport market. How can we compete with a company like this and the other giants in travel retail? Canadian duty free sales are $60 million. In this $20 trillion retail omni-channel world, we are tiny. We don’t even make one percent of the total.

“Also, we come here looking for innovation from our suppliers and we weren’t getting any of it. So we had to figure out who we are and what we are all about.

“Our findings showed us that Cost Justification was #1 for operators and suppliers. We looked at the merger [of the convention] with IAADFS and ASUTIL very closely. We see their vision. They want to hold a Show of the Americas.  That would be very nice. But they are taking three very different shows, and merge them together. It didn’t make sense for us and we did not see that we would get value out of it. We were afraid we would lose our identity. As a smaller show, we have special relationships with our suppliers. We want to maintain this. Plus, we are looking for more innovation.

“As for cost justification, our suppliers say that they love being in suites. They want to keep the FDFA Convention as a suite show. This would not have happened if we went with IAADFS. Their convention format is much more expensive.

Networking is also key and our both suppliers and operators members want access to buyers and key decision-makers.

So we asked ourselves, ‘what does everyone expect from a meeting?’ Because you cannot get your day to day, your promotions, your innovations, all of this, covered in one meeting.

We said we are not being smart, we are not looking at the big picture. Then we looked at the 80-20 rule.

Our suppliers have access to all the innovations we need. They have resources. They are multi-national corporations. They hire professionals to talk about every aspect of their business that we, as individual stores, cannot afford.  So, in this $22 trillion omni-channel retail world, which is now driven by digital and social media activation innovation, how do we get access to these tools? We leverage the expertise of our suppliers, that’s how.

“Instead of having meetings in suites about topics that we can discuss by phone, the day to day details, we want to concentrate on the critical 20% of the ideas that generate 80% of our profits. Our Mandate to our suppliers is come to the show, bring your top 20% of ideas and instead of being a convention, we will become a forum for collaboration and innovation. If you take your top 20%, you could bring your master brand promotions, already curated for POS, you could bring category management to us, merchandising, innovations, you could bring anything that logistically helps us move our business forward, because we will be moving your brands forward.

The basic concept is that Suppliers will give their “big idea” presentation before specific groups, be it a regional group or another sub-category

“We are calling this our forum for collaboration. We are talking about these big ideas that we can implement. Bring us your curated promotion, your social media posts, you Facebook home page already laid out for you, your instore displays.

Lee spent much of this year’s FDFA Convention giving suppliers a high level overview of what they can expect in the future:  “We are key brand builders with our suppliers, and they are interested in brand building. Look at category management—we have done it with Bacardi, and done it with Diageo, and it works.

She says that this new format will save time, effort and resources, because suppliers will not have to present the metrics and same story over and over to every single store.

“With the new format, the convention becomes about focusing one or two major ideas formatted around growth. I think the set-up of the show might be very appealing to suppliers and more operators. It is something different, and every meeting that you go to deals with an opportunity to grow your business,” she said

Some suppliers  spoke with at the convention were worried that they would not have sufficient time to discuss all that has to be covered, but individual suppliers and operators will still be able to meet to discuss specific business.

I want convention goers to leave their meetings, and this event, filled with ideas to grow their business. That is not happening now.

Other changes taking place include eliminating the trade floor, which has been attractive to new and smaller businesses. Potential new suppliers will instead present before a committee of buyers at the FDFA’s semi-annual meeting.

“If they resonate with the buyers, we can buy from them and then they can come to the convention. The main convention will be about established suppliers. These are our partners.

Lee says that the FDFA will be looking for submissions and may invite companies from targeted categories to present at the semi-annual meeting.

Ironically, this year was considered to be one of the best trade floors the FDFA may have ever had—one highlight was a back wall filled with craft and gourmets brands that generated great excitement.

The FDFA will consider ideas of repeating this in the future, perhaps at a lunch where all the food vendors can prepare offerings.

Other changes will include sponsorship, the use of socially interactive installations at the hotel, such as a selfies station for a new launch, or other booth type arrangement, with hash tags, etc. make it more fun and compelling.

For the next three years, the FDFA Convention is taking place at the King Edward Hotel in Toronto, which has undergone an extensive renovation, making it much more elegant.

There will be no more off site fun nights, but the Association will set up opportunities for networking within the Hotel.

The Association is also tentatively moving the gala dinner to Monday night so people are not forced to stay as many days if they finish up before then. The agenda will be fewer days divided into categories. ie. Liquor and fragrances Monday and Tuesday. Tobacco and non-core on Tuesday and Wednesday.

“This way we have a greater chance to have key decision makers at the presentation. They are much more likely to attend one day of meetings before the region rather than four days of meetings with individual stores.”

Lee admits that some of these ideas are a distinct change from how things have been done in the past, and she says other changes could be made in the future.

“This is the draft version of our convention for 2018; we are a work in progress,” she concludes.