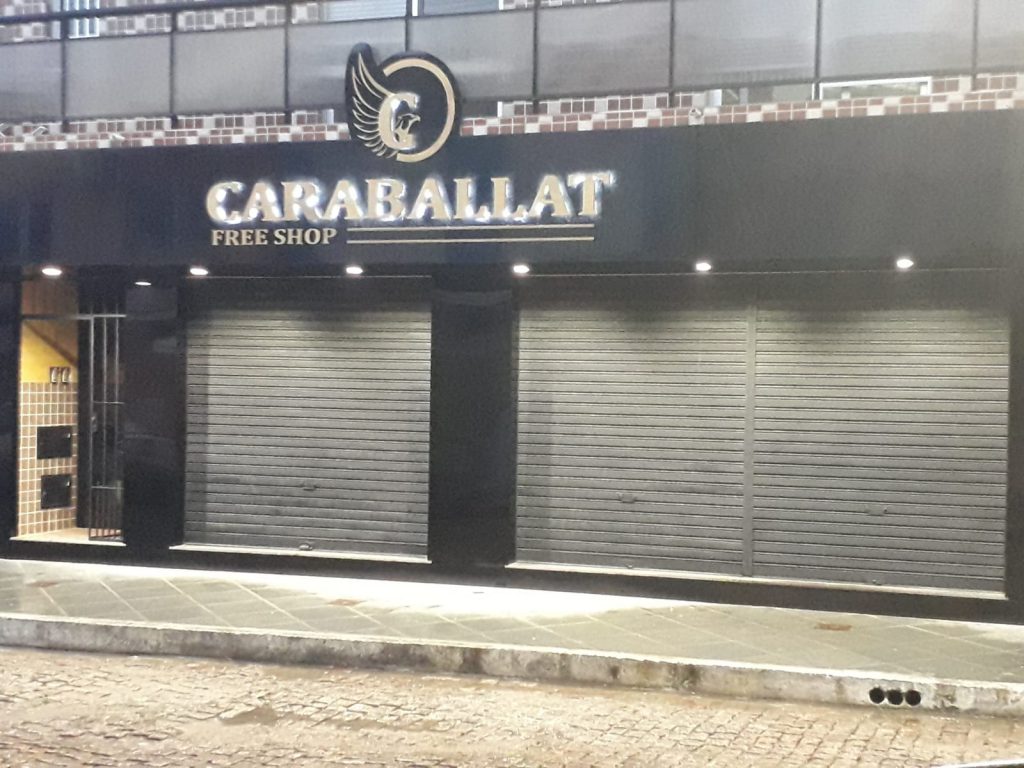 Brazilian businessman Marcos Lemos has confirmed to Travel Markets Insider that his company expects to open the first duty free shop in a Brazilian border town at the end of February/beginning of March.

This store – under the façade of “Caraballat Free Shop” — will be the first to open in Brazilian territory since the Brazilian government gave the go ahead to open stores in 32 Brazilian border cities late last year. The store will be situated in Jaguarão, located just under 400km south of Porto Alegre, the largest city in Rio Grande do Sul, with a population of just over 11 million inhabitants.

Lemos tells TMI that all the elements are in place for a quick opening, which will take place as soon as the company receives the final written approval.

“We have been working intensively on the project to open our new duty free for several months,” says Lemos. “We have followed the instructions issued by the Receita Federal and submitted all the papers required by the legislation. We have the government approved software installed in our store and it is working perfectly. We have our customs guarantee in place, have lodged the most recent version of our corporate accounts and expect to receive official permission to open our store in the next few days.”

The first Caraballat Free Shop, just over 400sqm in size, is situated in the historic center of Jaguarão, the sister town of Rio Branco in Uruguay. It will carry all the leading categories that the Brazilian shopper will be looking for, says Lemos.

“In common with the shops on the Uruguayan side of the border we expect that perfumes & cosmetics, wines & spirits, tobacco, foodstuffs, chocolates, accessories and sunglasses will be the big sellers, but we will be very vigilant as to what the new shopper is actually buying.”

In addition to the Brazilian shopper, the store will also cater to Argentine and Uruguayan travelers.

“We have a selection of merchandise ready in Montevideo Free Zone ready to be sent by lorry to our warehouse as soon as we get the green light to open,” said Lemos.

The company is working with Uruguayan logistics specialist Rodrigo Diaz Coll of Supralux, based in Zonamerica in Montevideo, to ensure adequate supplies of key products during the opening period.

Plans are also underway to open additional locations, with a second store opening about a month after the first one, says Lemos. This will be more of a specialist store devoted to brands exclusive to the company.

“Our plan is to open four stores in the first year of operation but that will depend on stability in the rental market as prices have gone a little crazy over the past few months. Stores in the historical center of Jaguarão tend to be small because of space limitations and although we would like to open a bigger store, there is just no suitable space available,” he explains.

Lemos is confident that the government will soon realize how valuable these border stores can be for local economies, and open better space for future locations.

“As soon as we open for business, we are sure that the local authorities will become aware that duty free shops are going to be very important for tourism in our city, and we believe they will make new zones of the city available for commercial use so we will be able to continue our expansion program.”

Lemos adds in closing, “Our company is also looking to expand in other areas. Our partners are actively looking at opening stores in Rivera and Chuy. At the moment, we are not sure if we will do this with our own stores with our own brand or some sort of franchise operation.”