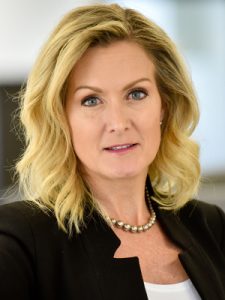 The Liberal Party in Canada, led by Prime Minister Justin Trudeau, last week pledged to provide a bridge program to sustain Canada’s hardest hit businesses, which includes the operators of Canada’s land border stores. The pledge will help the tourism, hospitality, conventions and festival sectors survive the enduring impacts of the COVID-19 pandemic, said the FDFA in a joint statement issued with the Hardest Hit Coalition on Aug. 16.

Prime Minister Justin Trudeau triggered a new election as he seeks to capitalize on Canada being one of the most fully vaccinated countries in the world. Trudeau is seeking to use that accomplishment to win a majority of seats in Parliament. The election would be held on Sept. 20. The pledge to the Coalition of Hardest Hit Industries is part of the Trudeau party’s election platform.

“The commitment made in this announcement will help to ensure the survival of our industry,” said Beth Potter, President and CEO of the Tourism Industry Association of Canada. “Six in ten of our coalition members said they would not survive without this kind of transition support.

“We have been advocating for a tailored, sector specific support program to ensure that Canada’s tourism economy can recover. This program would help get us there.”

Although Canada opened its land borders to fully vaccinated Americas for non-essential travel on Aug. 9, 2021, international, business and government travel is expected to only slowly resume this fall. The forecast is another 8 months almost as bad as the preceding 18 months of the pandemic, said the statement.

FDFA Executive Director Barbara Barrett tells TMI that details have not been announced, but she is hoping for some form of extension to Canada’s Emergency

Wage Subsidy (CEWS) and Canada Emergency Rent Subsidy (CERS). These programs, which are now winding down, have allowed many businesses to survive the first 18 months of the pandemic.

“We had been advocating [for assistance] as part of the Hardest Hit coalition, of which FDFA is a founding member, and I am on the Steering Committee. We have been working very closely with the Coalition almost since the beginning of the pandemic,” explains Barrett.

“Our Coalition has been lobbying the government, saying that they can’t wind these programs down for those of us that are hardest hit, because we haven’t started to recover yet. We are not going to start to fully recover until 2022, really, because we already missed our high summer season.”

Barrett says that the Coalition went to the government with a program that would continue the CEWS Wage Subsidy program for business that are 40% down in revenue, or more.

“Which we clearly qualify for,” she noted.

While the language in the pledge does not specify “duty free,” the industry is covered as part of this hardest hit Coalition, said Barrett.

“We expect, in principal, the assistance could be much like the wage subsidy program targeted for those who are 40% down or more.

“We need something to replace the wage subsidy, or to extend it, understanding that it is a very expensive program for the government, and they can’t extend it the way it is now. It needs to be adjusted for the hardest hit.”

Barrett says that as Canada is now heading into an election, the Liberal Party has put the bridge program on the party platform.

“This is what the government has pledged to do if they are re-elected. This is good news for us. We don’t have a crystal ball about the election, but the fact that all the parties are starting to put such assistance on their platform shows they understand it is something that needs to be addressed. It is very good news.”