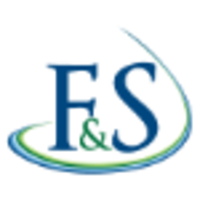 The Chapter 7 bankruptcy petition filed by Fairn & Swanson on June 2, 2020, which calls for liquidation of the 70-year-old company, could have a devastating and far-reaching impact on dozens of the company’s suppliers.

The repercussions of such debt are particularly damaging within the current business environment, when so much of the industry is shut down by travel restrictions due to the COVID-19 pandemic.

“This bankruptcy will have such a negative impact on small suppliers/distributors during such a bad time in our industry, especially in terms of cash flow,” commented long-time spirits distributor Chase Donaldson. “I expect it will have a domino effect on everyone, because we still have to pay our suppliers.”

Andy Consuegra, CEO of distribution company WEBB Banks, another company with “unsecured” liabilities, added: “The F&S bankruptcy is the biggest debacle to hit our industry in the 25 years that I have been involved in Travel Retail. We will get through the fallout, but it is a good reminder of how as an industry we need to do better in managing credit and product flow, working towards a more equitable partnership.”

TMI understands that affected suppliers have begun to receive requests to file their claims.