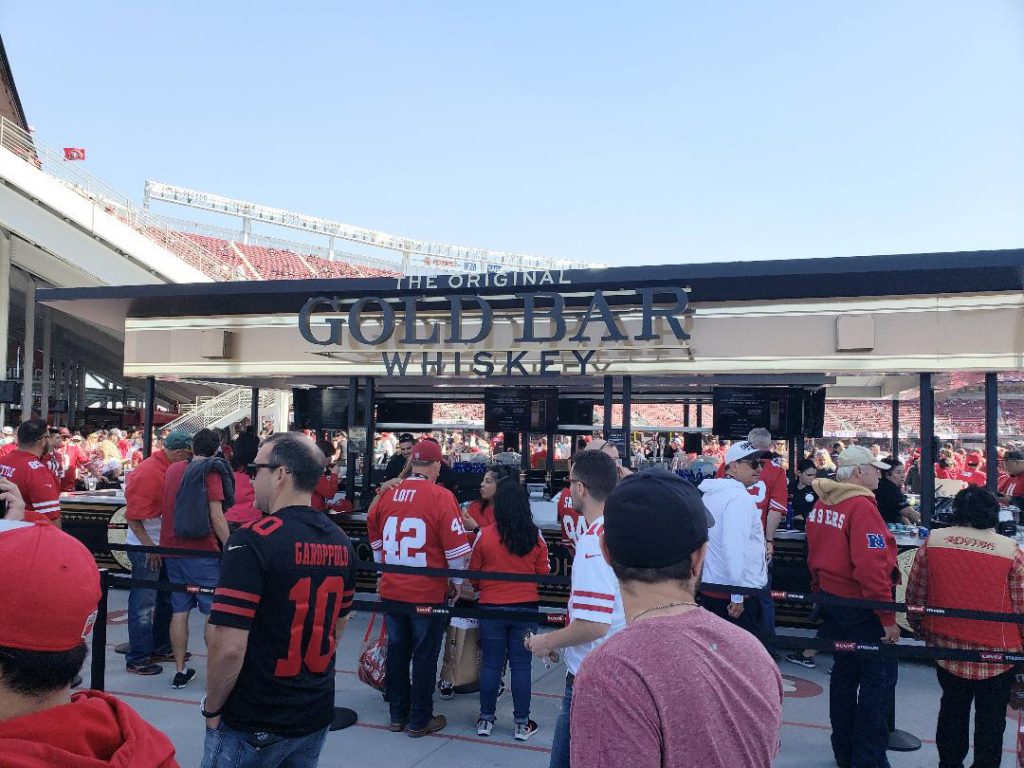 The new Gold Bar Whiskey Bar on the main concourse of Levi’s Stadium.

In a major new initiative, Gold Bar Whiskey has been named the official whiskey of the NFL’s San Francisco 49ers. The multi-year agreement began with the 2019 season and the opening of the new Gold Bar Whiskey Bar on the main concourse of Levi’s Stadium. 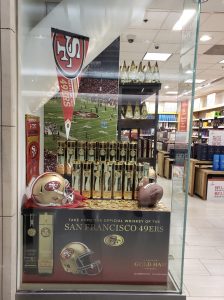 “Our shared ties to the California Gold Rush of 1849 and customers throughout the Bay Area makes the 49ers and Gold Bar Whiskey a perfect pairing,” said Brent Schoeb, 49ers Chief Revenue Officer. “Courtesy of its top-shelf experience and prominent location, the Gold Bar Whiskey Bar will be an instant fan favorite at Levi’s Stadium.”

Outside the stadium, Gold Bar Whiskey is available with major retailers across California and will be activating within local bars and restaurants to cheer on the 49ers on game-days. Gold Bar Whiskey’s new designation as “The Official Whiskey of the San Francisco 49ers” will be promoted at events and across a variety of marketing channels. 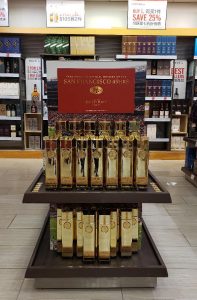 “We are launching a 49ers themed display at SFO over November and December. The 49ers haven’t had a record like this in 29 years!” Gold Bar President Elliott Gillespie tells TMI, adding that Gold Bar will also be running tasting programs in JFK with International Shoppes (not 49ers related).

“With five Super Bowl championships, an iconic history, and the state-of-the-art Levi’s Stadium, we are proud to align our brand with the legendary San Francisco 49ers in one of the NFL’s first major spirit deals in history,” said Ellen Torvi, Director, Communications for Gold Bar Bottle Company. “Our partnership honors the 49ers’ rich history of success and celebrates many wins to come.”

The collaboration between the two Bay Area-born brands will expand in 2020 to include the production and distribution of a set of limited edition 49ers-branded commemorative bottles to be sold in premium retail locations.

Non 49ers-related, DFA is running a special Gold Bar Buy and Save PAX program in November/ December inside 28 DFA U.S. Airport locations with promotion details available via social media for this Holiday season. Other Gold Bar promotion programs will run at Boston Logan, Oakland, and Ammex.

Gold Bar Whiskey is also currently available in travel retail in North America with DFS, DFA, and International Shoppes, as well as new distribution in Oakland Duty Free, and Ammex on the U.S./ Canadian border, and Carnival Cruise Line through Harding, says Gillespie.