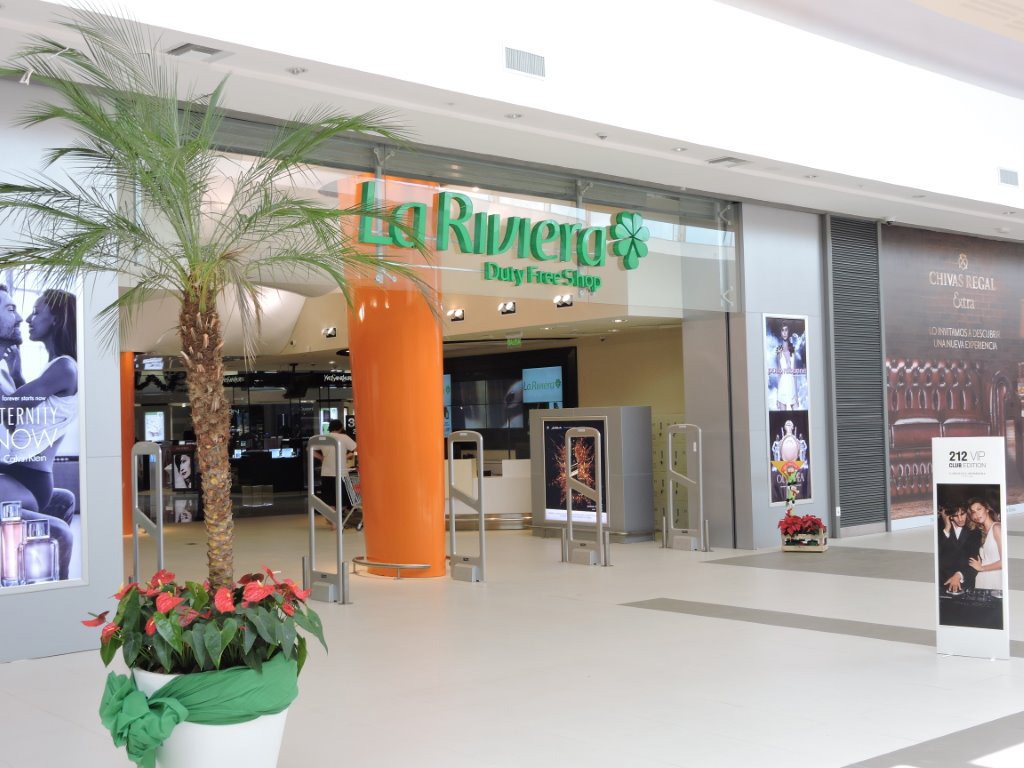 Panama’s Grupo Wisa – a leading retailer in Central America and Colombia — has been operating in the Mercosur region since November 2012; where Uruguay has been the focus of its expansion, primarily on the Uruguay–Brazil border where it operates stores in Rivera, Rio Branco and Acegua. The opening of the Melancia Mall is a major step in the company’s development in the area.

The 4,000 sqm La Riviera store in Melancia will be the group’s flagship in the southern half of South America. Following the inauguration of the Mall, Marcelo Montico, Grupo Wisa CEO for the Southern Cone, guided Travel Markets Insider through a tour of the new store, explaining the company’s offer and long term objectives.

While sales are below the level the company was expecting when it started planning the new store, Montico is pleased with the results of the first weeks of operation. “Given the current state of the Brazilian economy, sales have been acceptable. The decision to invest here was for the long term, not just to take advantage of the boom we saw when we starting looking at expansion.”

“Even though the crisis is lasting longer than most people expected, there are people who still want to spend. In some cases, we can benefit from the situation, attracting those who are not traveling abroad now, but still want to buy luxury goods and imported perfumes and wines and spirits.”

Grupo Wisa knows that success in the medium term at Melancia will depend on attracting the affluent middle class Brazilian consumer, educating these consumers about who the company is and what it can offer them, says Montico. 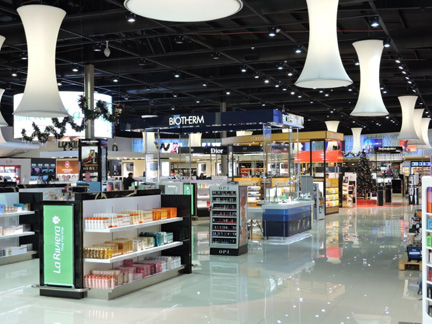 Grupo Wisa’s La Riviera fascia – which is well known in Central America and Colombia – has only been operating in Rivera since 2013, and is relatively unfamiliar to the Brazilian consumer. But Montico is working hard to get the name before the target public.

“Obviously this is a slight disadvantage. But we have been interacting with Brazilian consumers since we started operating in Rivera, initially with social media. We have almost 70,000 followers on Facebook at the moment and this is a very important communication vehicle for us. The Melancia store is the biggest store in the Group and this gives us a very unique opportunity to define the values of each category. We are confident that we can deliver the very best shopping experience to our consumers. By targeting premium shoppers, La Riviera will be successful in spite of the current downturn in demand from Brazilian shoppers,” he explains. 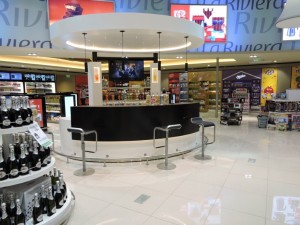 Grupo Wisa’s communication efforts go beyond the Facebook campaign, however.

“We will be more proactive with a radio advertising campaign in December directed at people living in the Porto Alegre area. The campaign will coincide with the launch of our Club Premium Loyalty Card during the last week of the year. The loyalty card will allow us to talk directly to the people who spend the most with us, permitting us to target promotions in a very efficient and cost effective way. Our Loyalty shoppers will benefit from additional discounts and prizes as they collect points for their purchases.”

Until the opening of the Melancia Mall store, Grupo Wisa’s biggest store in Uruguay was an 800 sqm shop in the historical center of Rivera on Avenida Sarandi. The downtown store has felt the impact of the Brazilian crisis.

“Sales in the Rivera store so far this year have been lower, in line with the general market,” comments Montico. “We are down on last year and until we see some stability in Brazil, a huge recovery is unlikely. The good point is that the opening of the Mall store has not cannibalized sales from the downtown store. We are seeing that the public visiting downtown is different from those visiting the Mall.”
Montico is also optimistic about the upcoming opening of the Uruguayan Immigrations office at the Mall.

“We are hearing reports that 2 million Argentines will travel to Brazil this summer – it’s hard to ascertain how many will pass through Rivera but Argentine travelers who go by road to the beaches in Southern Brazil must stop at Uruguayan immigration in the Mall. Clearly they will come into the complex, have something to eat and do some shopping. We will make sure that we have the right inventories to accommodate them – from popular brands like Fernet Branca liqueur to leading international brands. Traditionally, Rivera has been the least seasonal of all border towns but this may change this year. The Immigration office will bring additional traffic that didn’t shop in the town before.”

“The Mall offers something for everyone. Our selection of the best brands from the international duty free business is good for the Mall. The other stores will also attract shoppers, and those permitted to purchase in the duty free stores will come and buy brands that are not easily available in their own towns and cities.”

Grupo Wisa is focusing significant attention on making sure it is offering the right brands for this clientele. 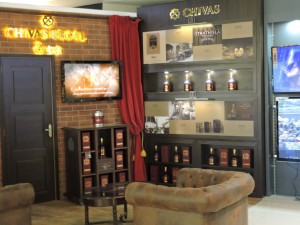 “We have a great variety of premium whiskies including some very good single malts that are sought after by knowledgeable Brazilian consumers. We also have a great selection of wines and staff who know how to explain the characteristics of each winery and the selection of products offered. These sales people are shopping advisors and must have the right training to explain and recommend different wines to the shoppers. We know that when the right wines are recommended the shopper will come back and buy again.”

The layout of the Melancia La Riviera store has also been carefully designed so that shoppers can move easily from one category to the other, explains Montico.

“The objective in Melancia was to recreate one of the typical airport stores we operate in other countries. The open style is part of the DNA of our company. We feel the shopper likes to move freely about the store looking for products he might wish to buy. While he is in the store we are able to communicate about product launches, marketing initiatives and promotions via our LED screens. We have two giant screens at different ends of the store and three video walls, each made up of 18 x 50 inch screens.”

Unique offers
La Riviera also plans to build sales by offering shoppers a number of brands and services not available at other stores.

“We are offering some great Lancôme treatments using the latest technology. And in early 2016 we will be adding the M.A.C shop-in-shop. M.A.C is a huge brand In Brazil and we will put some of what we have learned from our downtown store into operation in Melancia,” says Montico.

The Melancia La Riviera store dedicated 650 sqm of space to perfumes and cosmetics, with dedicated areas for sports, sunglasses and watches, electronics and technology nearby.

“Rounding off the main part of the store we have nearly 350 sqm given over to wines, spirits, beer and foodstuffs,” he says.

The Melancia offer will differ from downtown and Grupo Wisa will continue to source iconic brands like Michael Kors and Under Armour that will bring people into the store, insists Montico.

“Michael Kors is huge in Brazil, and we have the only boutique for this brand in the region. Kate Spade is also one of the novelties we have opened in the Mall, along with the new concept Montblanc store.

“Under Armour sportswear – a brand that is totally new on the border –is also growing quickly. Last year Under Armour signed a deal with the Sao Paolo FC soccer club and we are convinced this will be a big seller in Melancia.”

Retail-tainment
The key for the future, and the secret to developing sales given the economic uncertainty, is to plan events inside and outside the store, says Montico.

“The potential here is huge but we need to offer something else. Every weekend we have something special at our tasting bar in the drinks section, featuring different brands each week. We also have ongoing activities in the perfumes and cosmetics section.

“Along with the local authorities and other store operators, we are also supporting and promoting special events for tourists. Next month we will join forces to promote a gastronomic fair in the town square, and we are holding an event for motorcycle riders – a segment well-known as high spenders.”

While Montico admits that the macroeconomic and political situation in Brazil today is not conducive to forward planning, he believes that the fact that Melancia Mall is targeting a defined middle class with disposable income makes it less vulnerable to variations in the economic outlook.

“The Melancia store marks a major change in how duty free consumers look at the level of service offered by duty free shops on the Brazilian border,” he concluded. 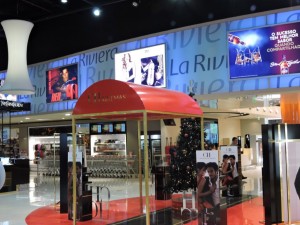 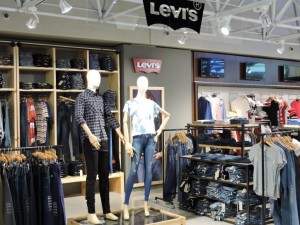 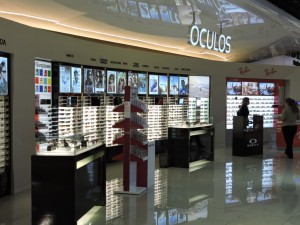 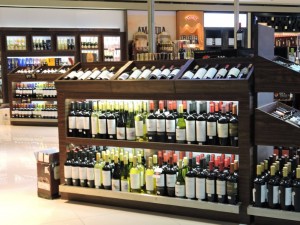