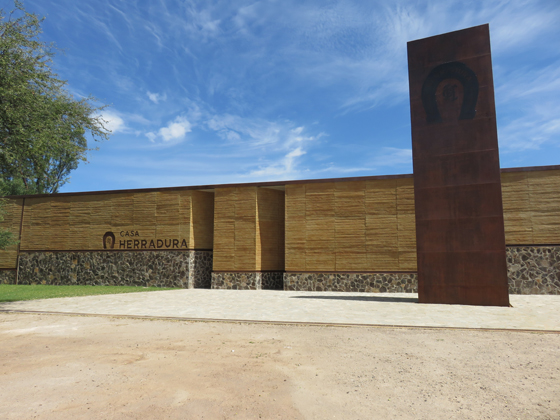 Although Herradura tequila did not become part of drinks company Brown-Forman until 2007, both companies have been around since just after the American Civil War, creating world-renowned spirits for almost 150 years. Both companies also shared a tradition of quality and innovation, one of the foundations that has helped drive Herradura as it has spread from Amatitan, Jalisco, Mexico to the world.

“The greatest asset we have in Herradura is its heritage and authenticity. Herradura came into being in 1870, the same year Brown-Forman was established. And our distillery – Casa Herradura in Jalisco, Mexico – is steeped in history and tradition; it was, after all, one of the founding distilleries of the entire tequila industry,” Marshall Farrer, VP, managing director of Brown-Forman Global Travel Retail, tells TMI.

The brand has been around for more than a century, but it is now growing in popularity more than ever. Farrer says that today’s spirits drinkers are more sophisticated in what they buy, and are looking for a more premium tequila than in the past.

“Herradura is simply a terrific tasting tequila. As we conduct Herradura tastings at various travel retail outlets around the world, it is continually reinforced that if we can expose consumers to its outstanding taste and finish they are inclined to embrace it,” he says. “Today’s international travelers are savvy, sophisticated and passionate about authenticity. They also have great interest in taste and premiumization. Herradura can readily boast of all these attributes.”

Herradura’s taste and drinkability, as a 100% blue agave tequila, have helped change the perception of the tequila category, associating the brand more with sipping drinks than with the “shooters” of the past.

“In nearly every instance, the poor perception of tequila rests with an early experience with an inexpensive and poorly made tequila – that was probably consumed as a shot. As I mentioned, today’s international traveler is much more sophisticated. So when they see Herradura in a travel retail outlet they are inclined to associate it with a fine cognac or bourbon rather than a shot or margarita. Premium and super-premium tequilas are recognized as a great tasting spirit that should be sipped and savored,” he says.

Brown-Forman has used travel retail to showcase Herradura since it bought the brand and the channel often serves as an introduction to the brand for consumers.

“Each of our products that we sell in a travel retail outlet can help solidify or establish our presence in the country of final destination. Therefore, we feel the travel retail channel will play a significant role in the growth and distribution of Herradura around the world. We have good news in that the super premium category – of which Herradura is a leading player – is growing rapidly and is changing the overall perception of tequilas. We will make extensive use of travel retail for Herradura.”

Real history and innovation
Herradura tequila is produced by Casa Herradura, one of Mexico’s most historic and renowned tequila producers, on the premises of a 19th century Hacienda in Amatitan, Jalisco, which Travel Markets Insider toured in April. The original factory, known as Taberna, was built in 1870 and stayed in full operation until 1963.

While the scale of the factory and its seemingly endless fields of agave have grown, Herradura has not sacrificed quality as it has expanded production. 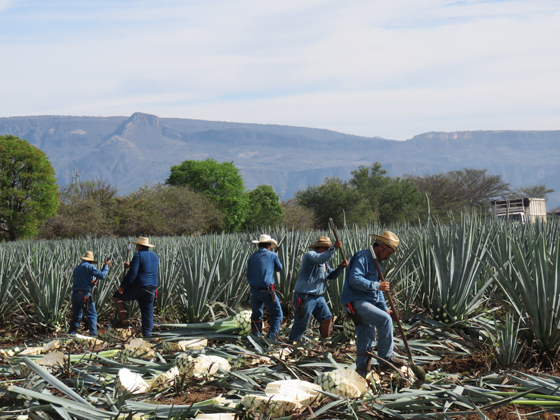 Jimadores cut and harvest the agave that becomes Herradura Tequila.

Tequila Herradura is crafted using only the most mature blue agave, which is grown in lowland fields owned by the company. Casa Herradura grows more than 15 million agave plants, which are hand-harvested by jimadores. The agave core, called the piña, is then slowly baked in traditional clay ovens, after which it is crushed and fermented with natural yeast produced by the agave plants and trees on the Herradura property. The distillery has 62 fermentation tanks holding a total of 1.14 million gallons.

After fermenting, the agave juice, called mosto, is heated at lower temperatures than most modern tequila distilleries. The mosto reaches a lower proof, preserving the complex flavor of the juice. It is then distilled two times.

The liquid is then placed in barrels for aging. Brown-Forman takes great pride in the wood it uses for its barrels. The company owns two cooperages allowing it to control all aspects of the production process for its spirits. 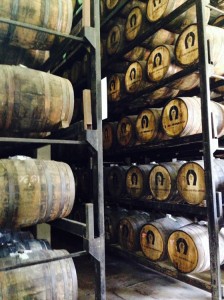 Herradura ages its tequilas in its barrels longer than the minimum requirements by Mexico law, allowing the wood to give the tequilas a darker color and a more complex taste.

Herradura Añejo, which was introduced by Casa Herradura in 1962, matures in the barrel for 25 months, which is more than double the 1-year age requirement.

Herradura is credited with introducing the first-ever reposado tequila in 1974. Herradura Reposado ages in the barrels for eleven months, much longer than the two months required by law for this category.

Herradura’s great care for the quality of its aged tequilas is paying off with the tequila volumes growing in the U.S., with the growth concentrated on super premium tequilas, according to DISCUS.

“The super premium tequila category is growing rapidly and we expect it to continue to do so as the interest in premium products continues to build and consumers become more familiar with the great taste and rich history of tequilas such as Herradura,” says Farrer.