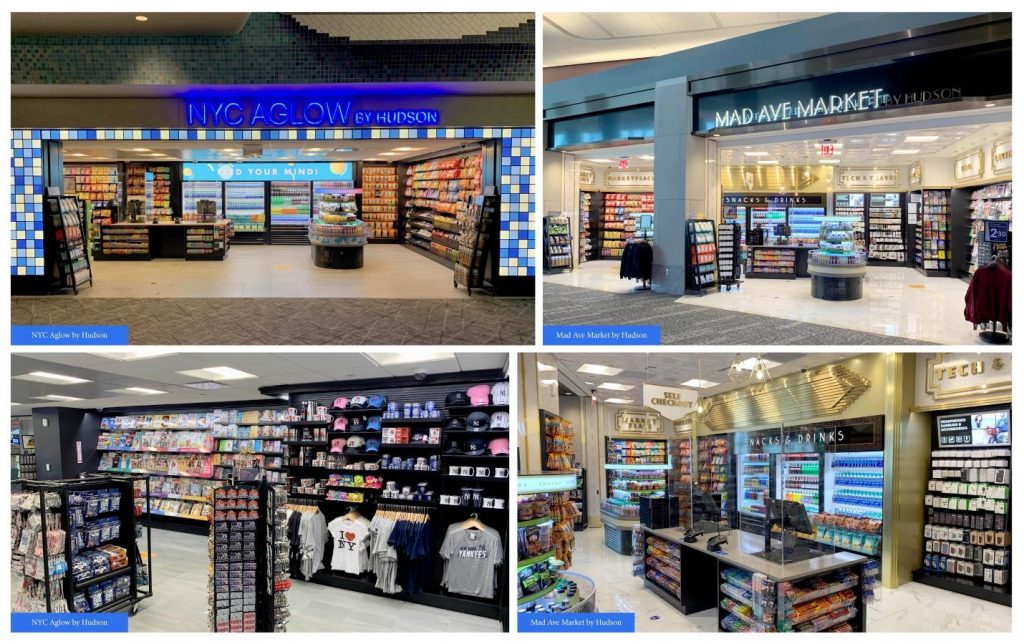 As part of the opening of the new Arrivals & Departures Hall at LGA Terminal B, Hudson debuted two new localized travel convenience concepts: NYC Aglow by Hudson and Mad Ave Market by Hudson.

The new concepts are part of the new, seven year contract that Hudson has with LaGuardia Gateway Partners (“LGP”), the private operator and developer of Terminal B, and are in alignment with LGP’s and the Port Authority of New York and New Jersey’s (“PANYNYJ”) redevelopment plans, says the company.

With the addition of these two new stores, Hudson now operates nine locations in Terminal B, including New York-based brands McNally Jackson and FAO Schwarz.

“Airports are a strong representation of the local communities they serve, and are truly the first and last impressions that a traveler has of a city,” said Roger Fordyce, Chief Executive Officer of Hudson. “We have a responsibility to embrace the local history and flavor of a city in our store designs and offerings, and so we’re honored to introduce concepts to LaGuardia that represent the storied history of the airport, the city, and Hudson alike.”

NYC Aglow is inspired by the New York City building skylines, and Mad Ave Market is inspired by the golden age of advertising in the 1920s. Featuring art-deco inspired designs, the concept creates nostalgia around one of New York’s most iconic streets, Madison Avenue.

Both stores feature iconic brands plus locally-sourced gifts and snacks.

Hudson has worked with the PANYNJ for more than 30 years, opening its first store with the authority in 1987.