Newark Dufry Shopping will feature design elements iconic to New Jersey, with inspiration from key areas including Elizabeth, N.J., the Ironbound area of Newark, N.J., the boardwalks along the Jersey coastline and agricultural touches from its farmlands.

As part of the airport’s concessions refresh program, Hudson Group will add a total of nine new stores. In addition, Hudson will occupy a 1,700 square foot location in the terminal, the largest retail store to date in the Indy airport.

The new stores will be operated under a joint venture agreement between Hudson Group and its ACDBE partners, Erin Humphreys of EnRoute Spa and Milan Patel of OHM Concessions Group. 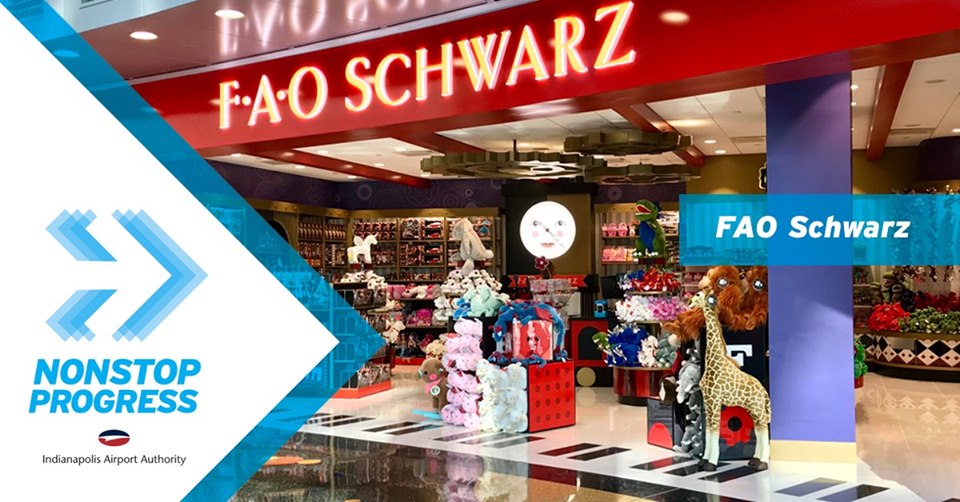 On Oct. 22, Hudson celebrated the grand opening of the iconic FAO Schwarz, by surprising consumers with life-size board games, nostalgic toy soldiers, a balloon artist and a photo booth.

The world’s most famous, iconic toy store has provided magical experiences for children and adults alike for over 150 years, says the company.

Under its new owners, ThreeSixty Brands Group, it is now providing a unique and transformative retail experience at airports with signature toys and items, as well as FAO Schweetz treats and sweets.

Commenting on the new outlets at Indianapolis, Roger Fordyce, Chief Executive Officer of Hudson Group, said: “The Indianapolis International Airport was recently ranked as North America’s best airport for the sixth year in a row, so we are both honored and thrilled to enter this new market and add the IND Airport team to our Hudson family.”

Regarding the new contract at Newark, he added: “In addition to expanding our strong relationship with our landlord, Unibail- Rodamco-Westfield, and the Port Authority of New York and New Jersey, we are excited to deliver a leading collection of duty free shopping options for domestic and international customers traveling through Newark Airport.”