North American travel retailer Hudson has slowly begun reopening its travel stores closed due to the COVID-19 pandemic. Hudson is also bringing back a number of furloughed team members, announced the company in its 2Q financial statement.

In order to preserve liquidity, the Company had implemented a number of cost savings actions beginning in March, including temporarily closing over 700 stores and furloughing a majority of its workforce, implementing salary and other expense reductions, and pursuing negotiations with landlords to abate or defer rents.

Working in close partnership with airports and other landlords to best serve the needs of both travelers and airport/commuter hub workers, the Company has reopened over 200 stores as of July 31, 2020, bringing the Company’s total open store count to approximately 450.

However, the company says that passenger volumes are still signifi-cantly below prior year levels, the closure of the U.S./Canada border has been extended, and recent increases in COVID-19 cases

across various parts of the U.S. have led to new travel restrictions and quarantines, all resulting in reduced traffic and significant variability in day to day traveler volume. While U.S. passenger levels have increased sequentially in the months of May and June, volumes were still down approxi-mately 75% from prior year levels in the last few weeks of July.

As a result, Hudson has reduced its workforce, instituting permanent lay-offs of nearly 40% of the staff comprising both corporate and field employees across the organization, effective as of July 31, 2020.

Alongside the reduction in the workforce, the furlough period for several hundred other staff was extended, with the expectation that some or all of these individuals will be called back as business recovers.

Hudson says that team members were notified on a one-on-one basis, and the Company is also working closely with its union partners to effect these changes. Hudson believes the workforce reductions, extended furloughs, and other cost saving actions detailed above will better align its cost structure with the conditions of the travel industry today.

The Company recorded a charge of $8.6 million in the second quarter related to this business alignment. Hudson expects the reduction in force to reduce personnel expenses by approximately $140 to $160 million on an annualized basis.

“The COVID-19 pandemic has had an unprecedented impact on world travel, and a corresponding impact on our travel retail business. While we took proactive and targeted actions beginning in March to significantly reduce expenses across the Company, we deter-mined that more structural and wide-ranging actions were necessary. Our reduction in force is a difficult but essential step in ensuring the long-term success of our business,” stated Roger Fordyce, CEO of Hudson.

“I would like to express my heartfelt appreciation to those team members impacted by this decision for their service to Hudson. The Company we are today would not be possible without the contributions and dedication of these individuals and they will always be a part of our storied history.”

To adapt to new traveler expectations in the COVID-19 environment, Hudson is further evolving its digital footprint with contactless shopping experiences, and provides 24/7 access to health and safety supplies. Among several recently announced strategic initiatives, are: 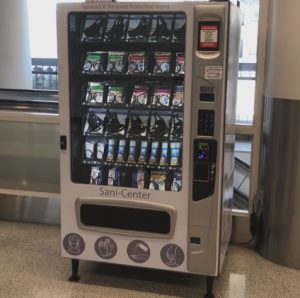 Sunglass Hut Boutiques – Partnering with Luxottica Group, Hudson will begin opening Sunglass Hut shop-in-shops within its travel convenience stores, featuring the Ray-Ban and Oakley brands. The first ten shops will be opened in early August, with a phased opening approach continuing into 2022 for up to 250 shop-in-shops.

Expanded Grab & Go Offerings – Hudson is expanding its Grab & Go offerings to meet the needs of travelers who have fewer food and beverage options both in airports and on planes.

Self-Checkout – Hudson is expanding self-checkout capabilities in a number of its stores to minimize contact and speed checkout.

*Turnover decreased by 87.9% to $61.7 million, due to the impact of COVID-19 and the resulting reduction in travel and store closures.

* Gross profit decreased by $289.5 million or 88.4% to $38.0 million, reflecting the reduction in sales. Gross margin decreased to 61.6% from 64.2% in the prior year period, primarily due to higher promotional activity on luxury merchandise.

* Lease expenses decreased by $69.1 million, resulting in lease income for the quarter of $32.2 million, reflecting lower variable rent based on the decline in sales, and rent waivers of $42.6 million received from numerous airports and commuter terminals.